This jalapeno pomegranate smoked spiral glazed ham is a much-needed update on the traditional holiday ham. Skip the classic brown sugar honey glaze and go with something that is a bit more punchy. 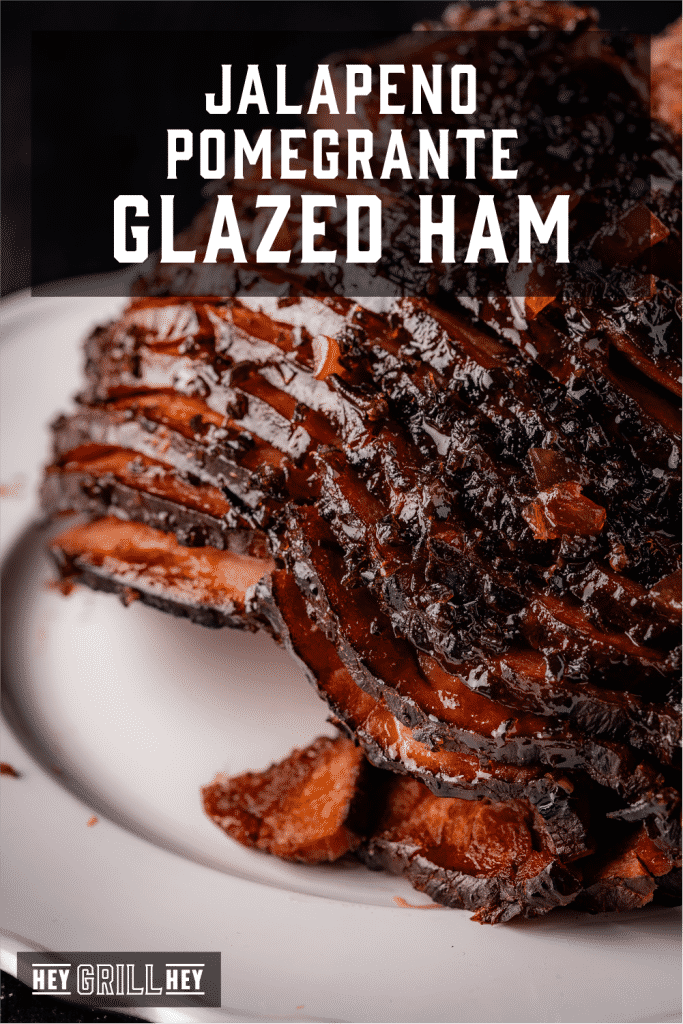 For those of you looking for a ham that is outside the ordinary honey-glazed variety, this ham DELIVERS. It’s anything but ordinary, but it will still give you all that warm comfort of a tasty spiral ham.

This ham has personality! It’s got zip. Pizazz! Not only that, but it is extremely good-looking and makes for a gorgeous centerpiece. The deep burgundy glaze coats the outside of this ham like a candy coating and the powerful flavors seep into each slice. 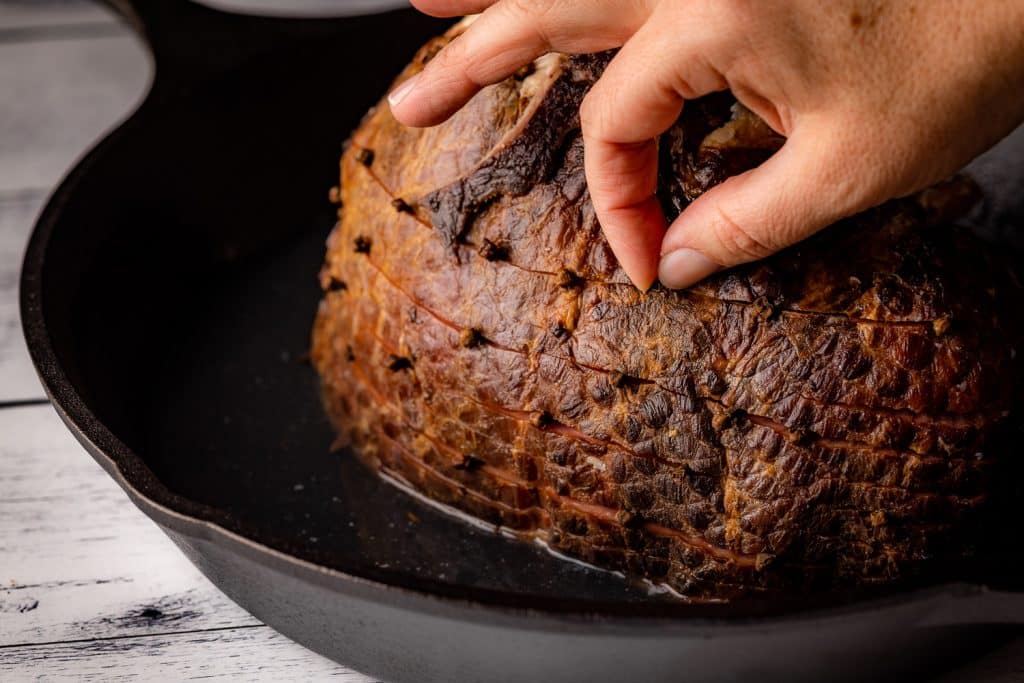 I know if you hear jalapeno, you might be nervous to make this ham for the whole family (kids included). That is totally understood. I’ve got 3 kids and every single one of them devoured this ham without a single complaint of heat or it “tasting like peppers,” which is basically a miracle. Consider this glaze kid-friendly! 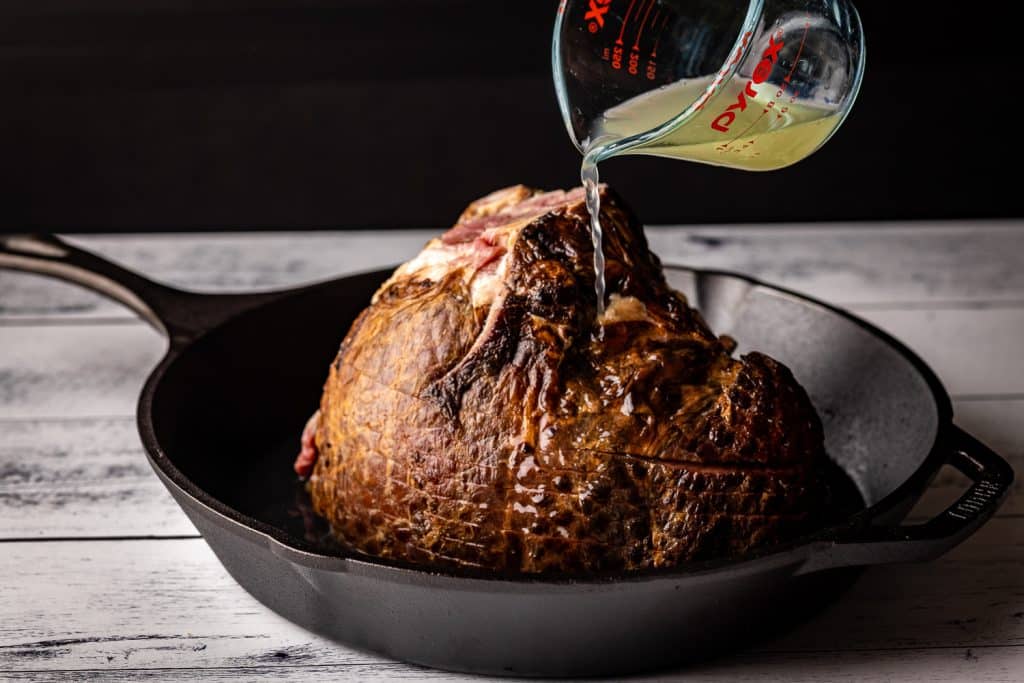 How to Smoke a Glazed Spiral Ham

This jalapeno pomegranate glazed ham is slow-roasted on a pellet smoker for a little extra smoky flavor (almost all store bought hams are already cured and smoked), but this recipe is adaptable to whatever indirect grill you have. Here’s how to make it. 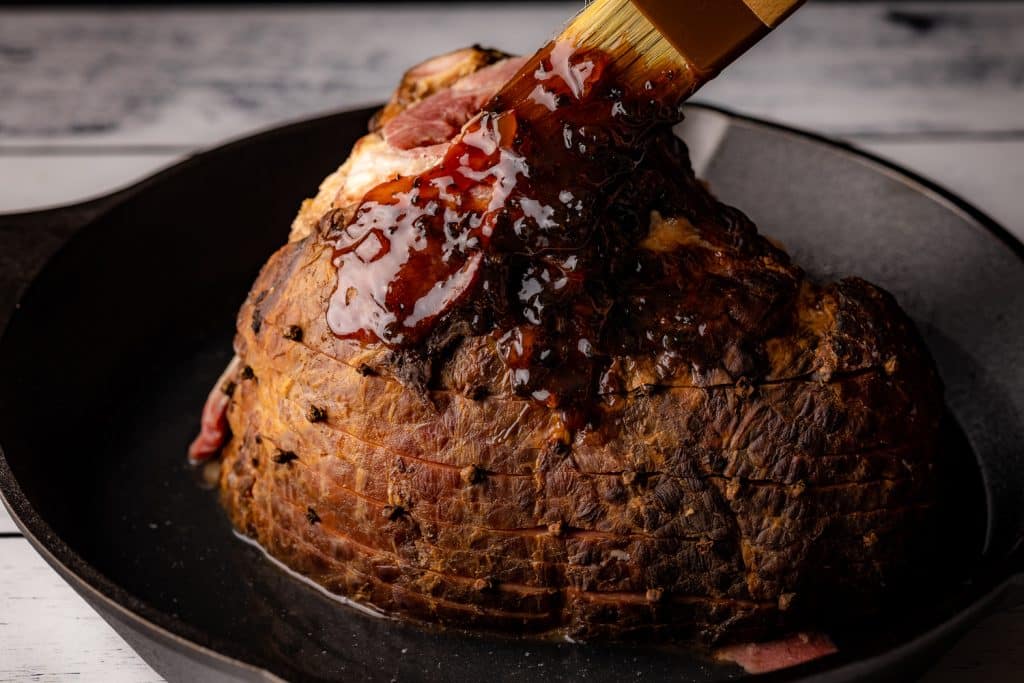 How Long to Smoke a Glazed Ham

It takes approximately 2 hours to smoke this glazed ham from start to finish. Keep in mind, each cut of meat will cook a little differently, so time is not the best indicator if your meat is done.

Better than staring at the clock while this glazed ham cooks, invest in a good meat thermometer and gauge the doneness of the ham by temp instead. Spiral ham is done when the internal temp of the meat reaches 140 degrees F.

Here are some tips for making this smoked spiral glazed ham the best of the best. 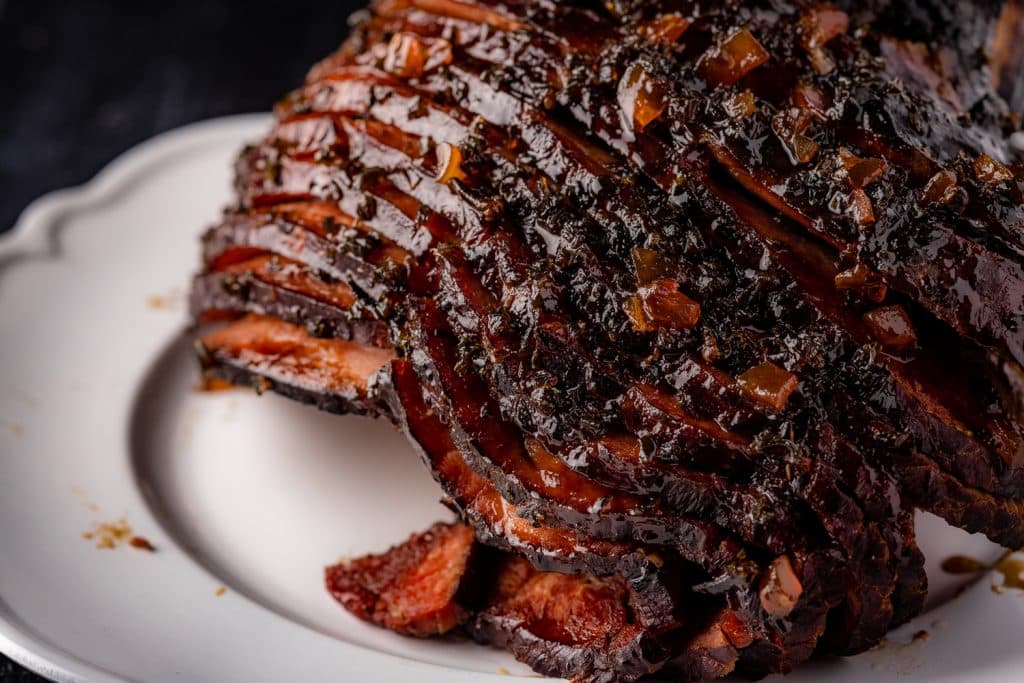 Once you make this ham, be sure to return to this post and leave us a comment to let us know how it turned out. We love hearing from you! 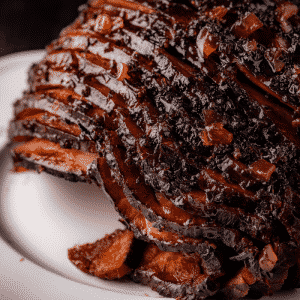 This Jalapeno Pomegranate Glazed Ham is a much-needed update on the traditional holiday ham. We can't celebrate Christmas without a spiral-cut ham, and this year I was determined to mix up the same old same old brown sugar glaze and go with something a little more punchy.
5 from 2 votes
Prep Time : 30 mins
Cook Time : 2 hrs
Total Time : 2 hrs 30 mins
Servings : 12 people
Calories : 74kcal
Print Recipe Save to Pinterest