It doesn’t get much better than this smoked spiral ham with a maple bourbon glaze. Whether you’re cooking this for a classic Easter dinner, or you just need something delicious for a weekend meal, this ham delivers big time. 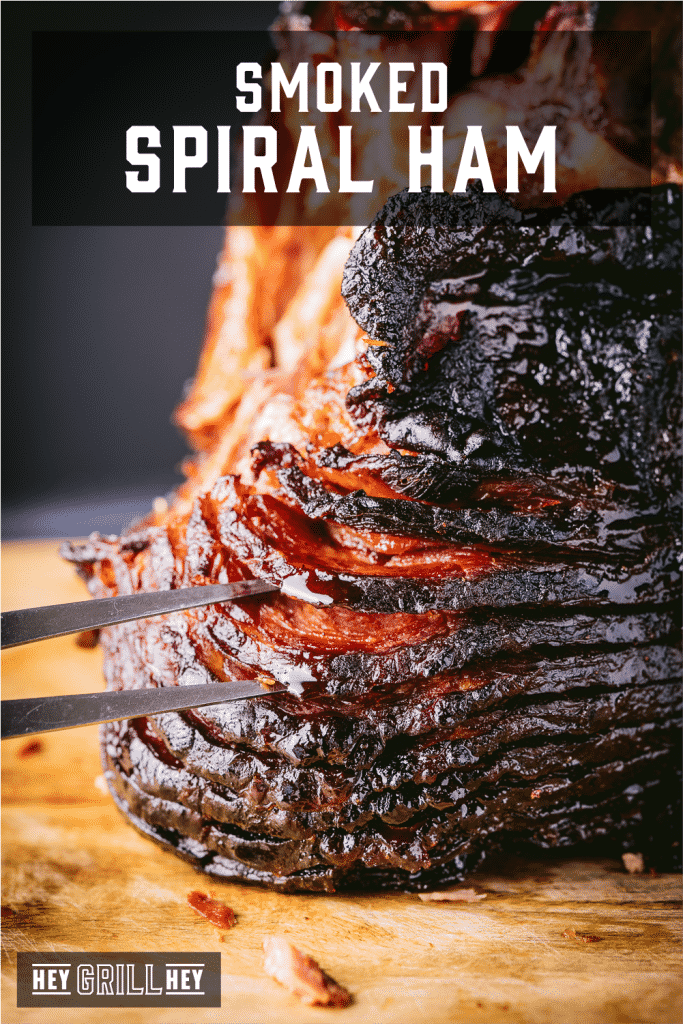 Can You Cook a Spiral Ham in a Smoker?

Yes! You can cook spiral ham in a smoker! In fact, the spiral ham you purchase from the grocer is already cooked, so you’re simply looking to add your own sauce or glaze and re-heat the meat.

Cooking the ham in a smoker imparts some great BBQ flavor that you won’t get from your oven or a gas grill. Combine it with a great glaze, and you’ll have a dinner that tastes as good as it looks. 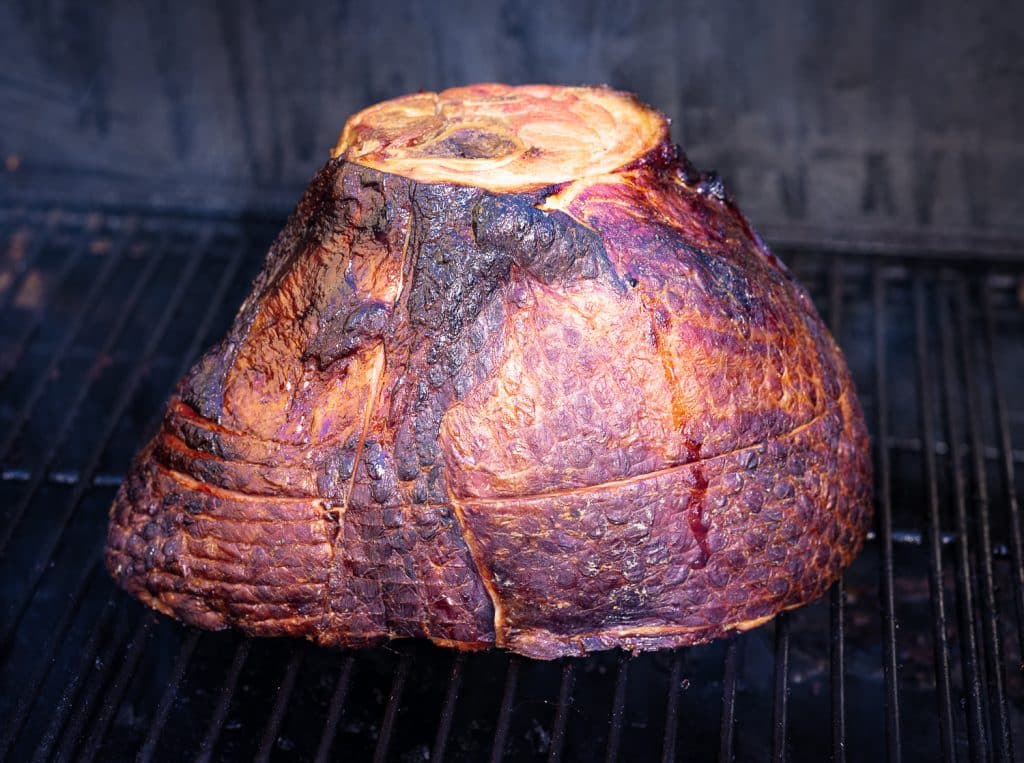 For this spiral ham, we’re adding in as much flavor and moisture as possible to complement the meat and smoke flavors. This ham is braised with chicken stock, bourbon, and maple syrup before being covered in a sticky sweet glaze.

The final result is a meal worthy of any occasion. But make sure to invite the neighbors! An 8-pound ham can easily feed 14-16 people, so plan on a crowd or some tasty leftovers after dinner! 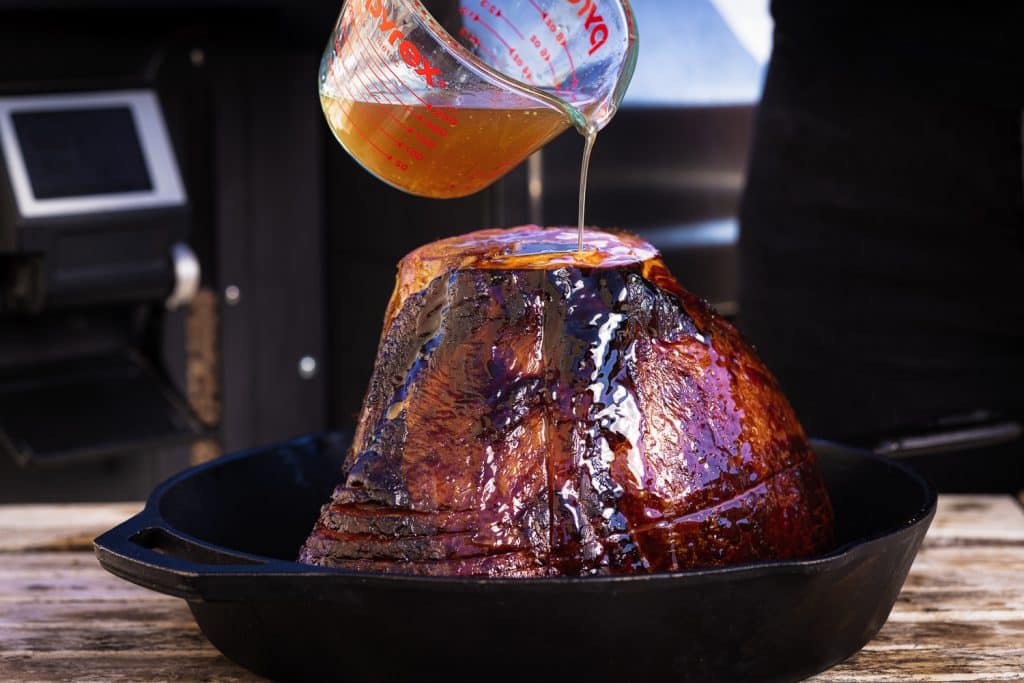 The absolute secret “ingredient” for this ham is the maple bourbon glaze. This glaze is so good, I have a recipe post as well as a bottled version available in the Hey Grill Hey Store. Here’s what’s in this amazing glaze. 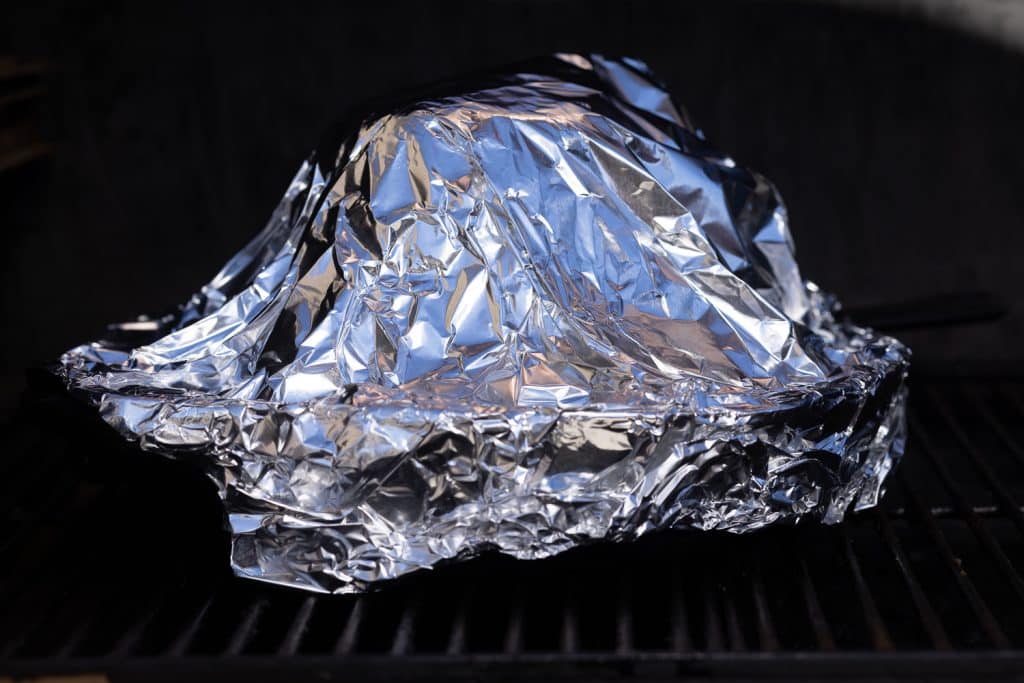 How to Smoke a Spiral Ham

There are a few steps for smoking this spiral ham. Let’s work our way through each one, shall we? 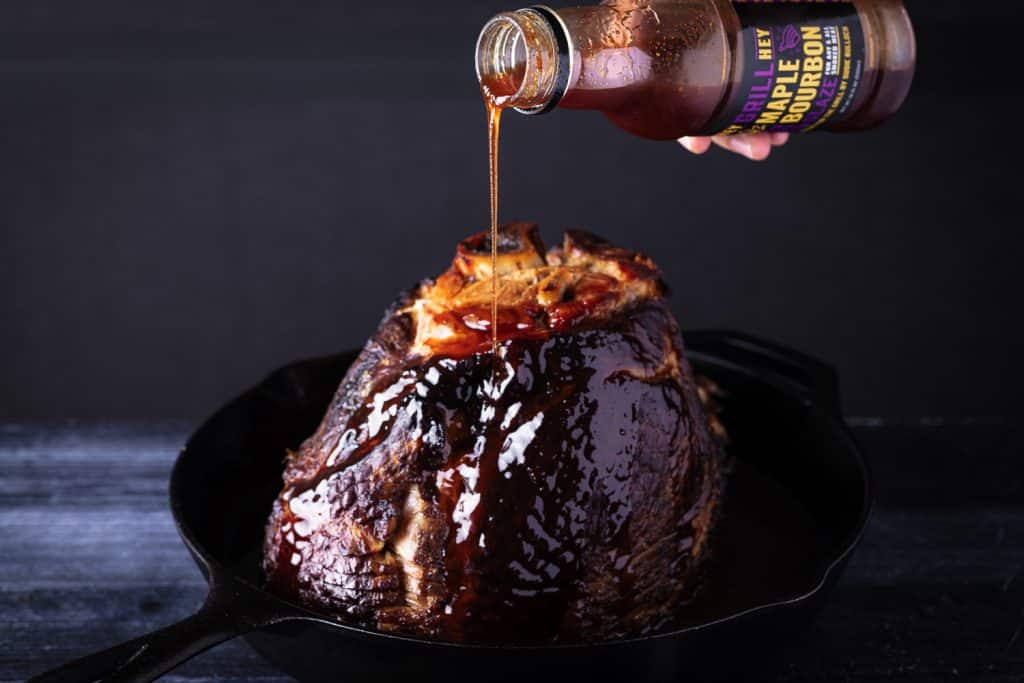 How Long to Smoke a Spiral Ham

It takes around 3 1/2 hours to smoke a spiral ham. This ham requires a dry smoke followed by a smoke while wrapped in a skillet and times will vary depending on your smoker and the thickness.

Rather than staring at the clock while smoking the ham, invest in a reliable meat thermometer, and gauge the ham’s doneness by temperature instead. This ham is done when it reaches an internal temp of 140 degrees F.

Tips for Smoking a Spiral Ham

Ready to smoke a ham? Here are a few tips to take note of before you dive into the recipe at the bottom of this post.

Planning on smoking a ham for your next big occasion? Let Hey Grill Hey help you make the best meal of your life! Check out a few of our favorite recipes below.

Here’s hoping you loved this smoked spiral ham recipe. Let us know your thoughts in the comments section below, or check us out on social media @HeyGrillHey. We can’t wait to hear from you! 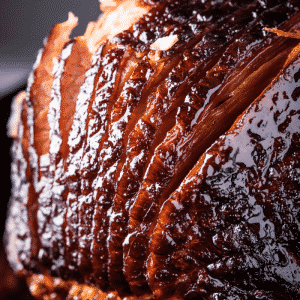 Susie Bulloch
It doesn’t get much better than this smoked spiral ham with a maple bourbon glaze. Whether you’re cooking this for a classic Easter dinner, or you just need something delicious for a weekend meal, this ham delivers big time.
5 from 1 vote
Prep Time : 15 mins
Cook Time : 4 hrs
Total Time : 4 hrs 15 mins
Servings : 15 people
Calories : 683kcal
Print Recipe Save to Pinterest