This Smoked Al Pastor is a rich and savory pork with an awesome chili marinade. It’s smoky from the grill with gorgeous crispy edges. If you’re a fan of al pastor, you’ll love this smoky version of a delicious classic. 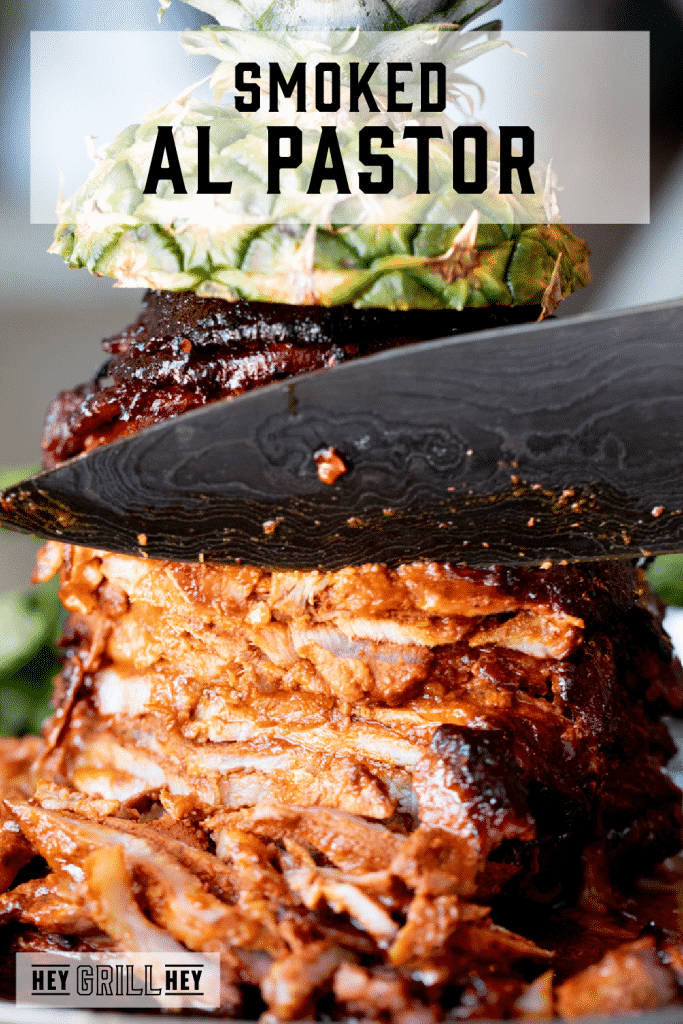 What is Al Pastor?

In an extremely basic nutshell, al pastor is pork grilled on a spit.

The technique originated in central Mexico, and it is an original fusion food. Lebanese immigrants brought their vertical rotisserie cooking style to Mexico and combined it with Mexican flavors and chilis to make the al pastor we know and love today.

When thinking about al pastor, it just makes sense to take this same concept of flavor fusion and bring the spirit of harmony to the BBQ. 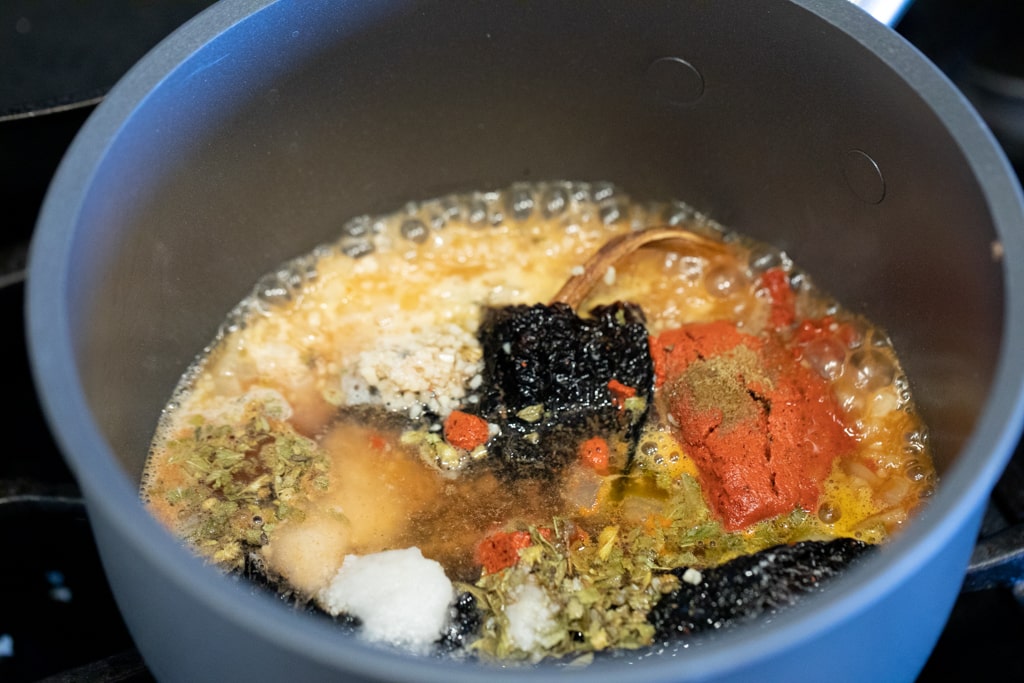 There are also many versions of al pastor, and they are all delicious in their own right.

A restaurant near my old house was famous for their al pastor and they included unique warming spices like cinnamon and clove to their meat. Some places layer pineapple in with the pork. Others use lamb or chicken in a similar cooking style with various methods (though these aren’t always called al pastor). My version is kind of a mash up of the flavors that we like (chipotles and anchos are my favorite peppers) and a cooking method on the pineapple that brings the most ease and flavor to the dish.

Pork is the preferred meat for making al pastor, and this recipe uses 4 pounds of pork shoulder that is marinated with a chili and ancho marinade overnight to give the meat tons of flavor. I asked my butcher at the meat counter to slice the pork shoulder for me, since they have the large commercial slicers. They were happy to help and had my sliced pork ready in minutes. If you need to slice the pork at home, freeze your pork for 45 minutes to an hour before slicing. 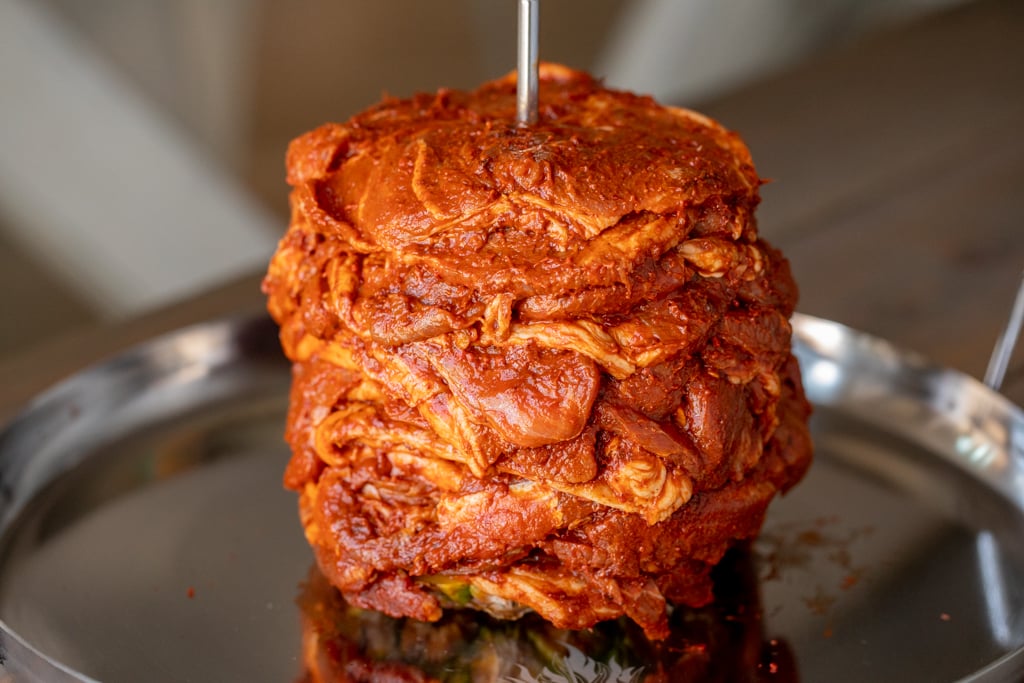 The shining star in this recipe is the marinade. Not only does every ingredient add flavor, but the salt actually creates a brine for the pork, keeping it moist and incredibly tender. Here’s what you’ll need to make this marinade:

Combine all ingredients for this marinade in a medium saucepan and simmer to hydrate the peppers. Then blend to make a smooth, paste-like marinade. Pour the marinade over the sliced pork in batches and massage to cover all areas of the meat. I like to make this marinade the night before and allow the meat to marinate overnight for the best flavor. 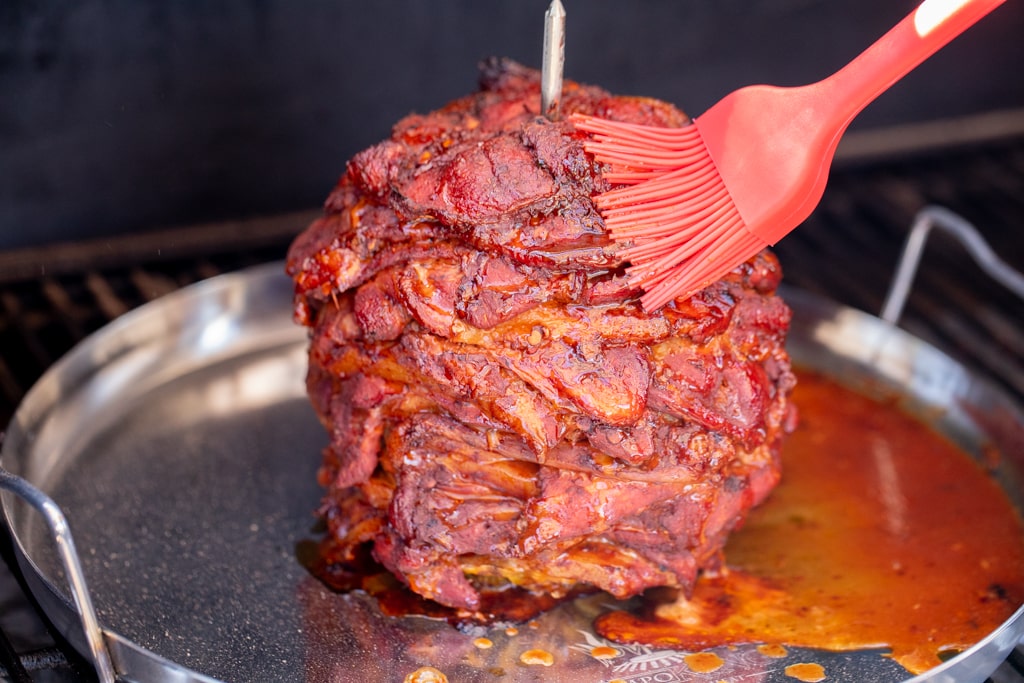 How to Make Smoked Al Pastor

Ready to make your own al pastor? It may sound like a lot of work, but it’s just a few simple steps and you’ll be on your way to making your own tasty meat. 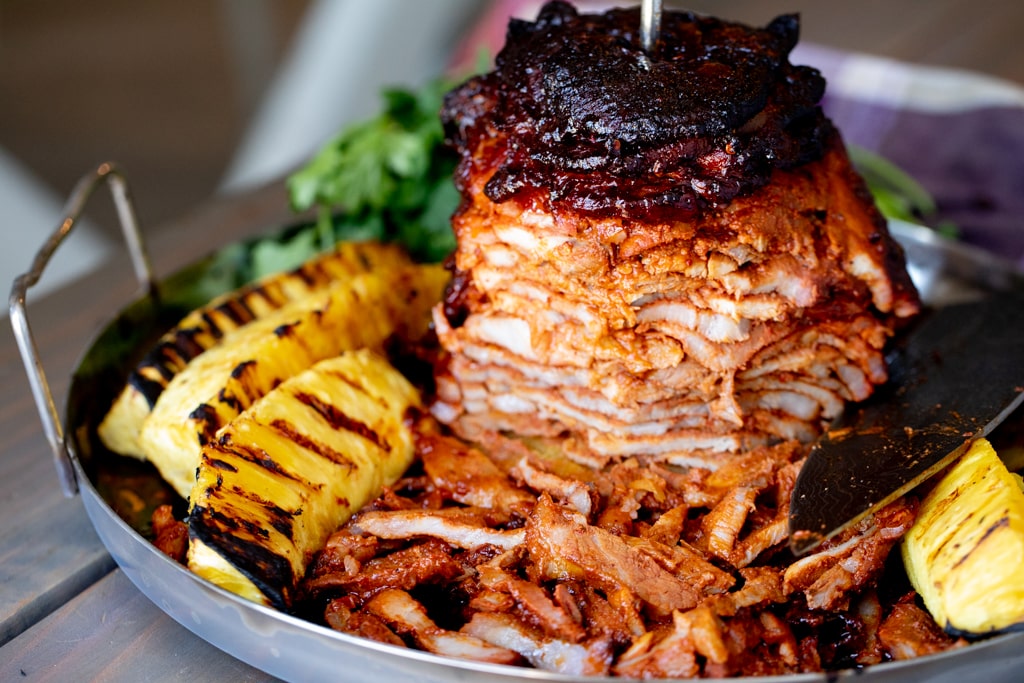 We’re big into cooking smoked pork butt (AKA smoked pork shoulder) here at Hey Grill Hey. If you’d like to try your hand at more recipes, check out a few favorites below: 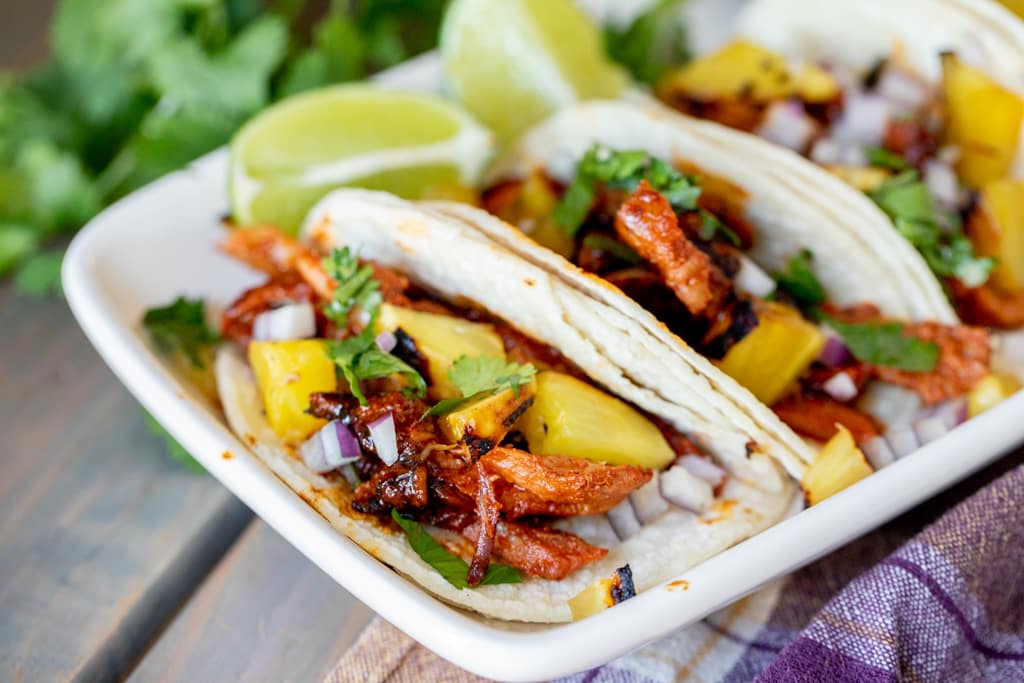 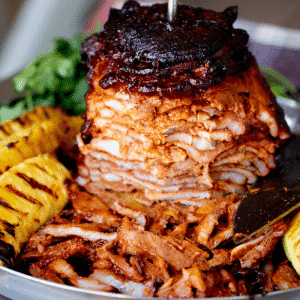