This marinated London broil is super simple and perfect for the grill! Loads of garlic, red wine vinegar, and Worcestershire round out the marinade for a steak that is both tender and flavorful! 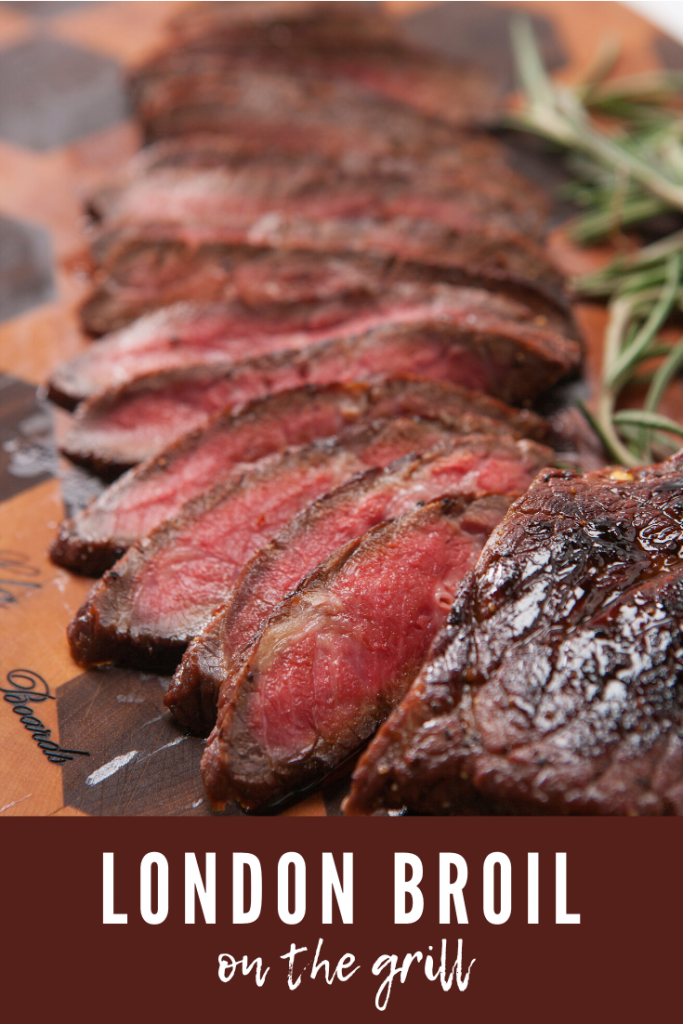 What is London Broil?

London broil is actually a cooking method, and not a particular cut of meat. The name comes from a method of high heat roasting a seasoned piece of beef under a broiler for great browning and flavor. The most common cut of meat in the grocery store labeled “London Broil” is a top round steak. The top round comes from the rear leg of the cow and can be quite tough.

Marinating, grilling, and slicing the meat thin renders this affordable cut tender and super flavorful. If you can’t find a top round steak for your London broil, you can substitute flank, flap, or skirt for delicious results with this recipe. Remember, London broil is a cooking method, not a specific cut of meat, so you can make various cuts work based on availability and price. 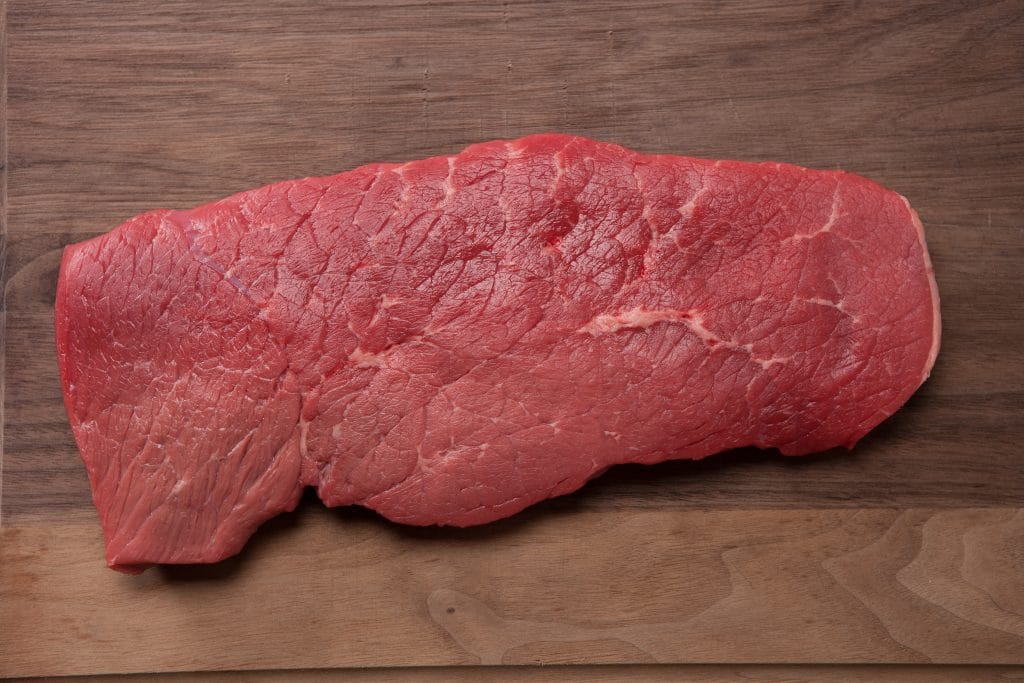 I think a marinade is crucial for cooking the best London broil. There is a ton of surface area on these long and thin cuts of beef, and that means more opportunity to add flavor with a delicious marinade. I like to keep my marinades simple and balanced, using what I have on hand in my pantry and cupboards. Here’s what you’ll need:

Don’t be afraid of making substitutions, if needed. Olive oil for vegetable oil, red wine vinegar for balsamic or apple cider vinegar, brown sugar for honey, fresh rosemary for dried (or even other herbs entirely). This marinade is designed as a framework to deliver delicious results. You can customize as needed! 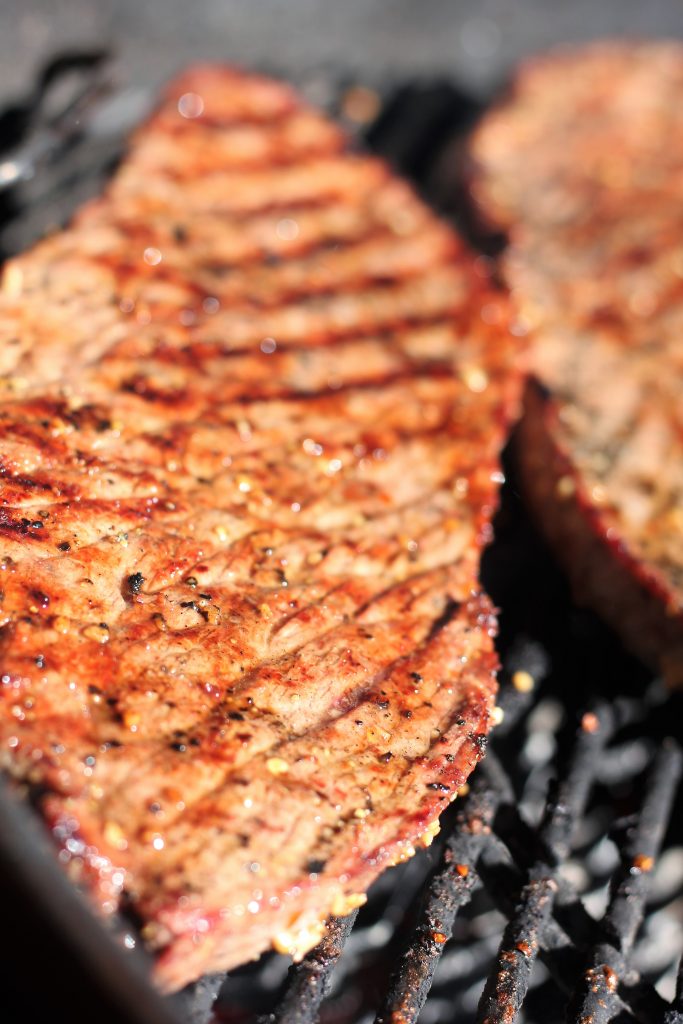 London Broil on the Grill

As I mentioned earlier, London broil is a method for high heat cooking a thin piece of beef. Nothing does that better than a grill! I like to get my grill fairly hot, around 450 degrees F. This high heat cooks the beef quickly while getting delicious flavors of caramelized marinated and a kiss of char on the meat.

A 1-1.5 inch thick piece of beef will cook in about 15 minutes or less on a high temperature grill. I like to keep my steaks moving, as necessary, to prevent burning, and cook the exterior evenly. Use a good instant read thermometer to track the internal temperature of your meat, and pull it off the grill at about 130-135 degrees F for medium rare.

Let your steaks rest for a good 10 minutes before slicing thin and serving. You’ll be able to taste all of the flavors from the marinade and a kiss of that char-grilled flavor in each bite. 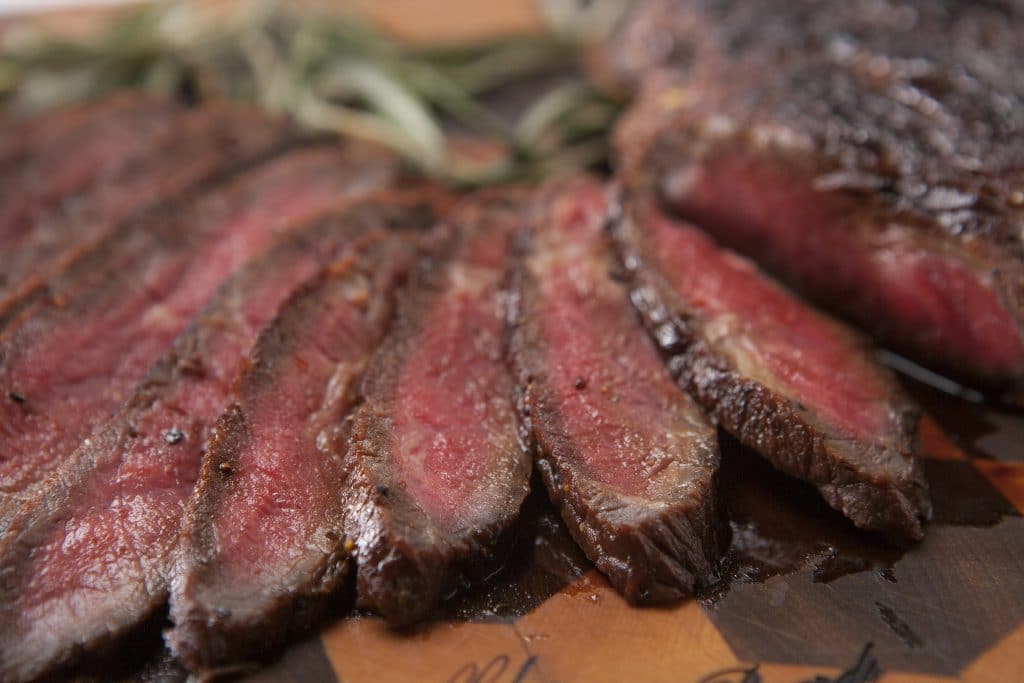 If you love this marinated London broil on the grill, I bet you’ll enjoy these other marinated steak recipes!

This London Broil Marinade is super simple and perfect for the grill! Loads of garlic, red wine vinegar, and Worcestershire round out the marinade for a steak that is both tender and flavorful.
4.78 from 9 votes
Prep Time : 10 mins
Cook Time : 15 mins
Marinade Time : 2 hrs
Total Time : 2 hrs 25 mins
Servings : 4 people
Calories : 315kcal
Print Recipe Save to Pinterest

I actually managed to fit two steaks into the marinade, so if you're cooking for more people you don't need to stress about doubling the marinade too.