Skip broiling your London broil in the oven, and fire up the smoker for the most amazing smoked London broil ever. This meat is marinated and infused with great smoky flavor for a top-notch steak. 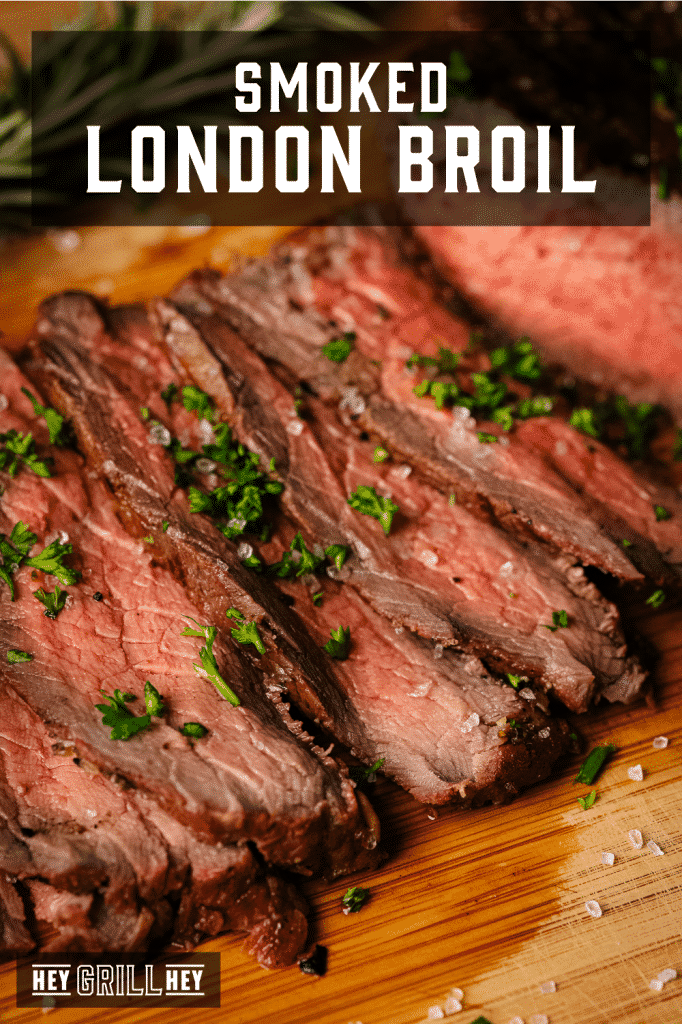 Can You Smoke London Broil?

Even though London broil is traditionally broiled in the oven or grilled hot on the grill, you can also cook London broil in a smoker.

London Broil (or top round) is one of the cuts of beef that most benefits from an awesome marinade and some time in the smoker. Traditionally lean and generally tough, a marinade will add flavor while the low and slow cooking process maintains moisture and tenderness. 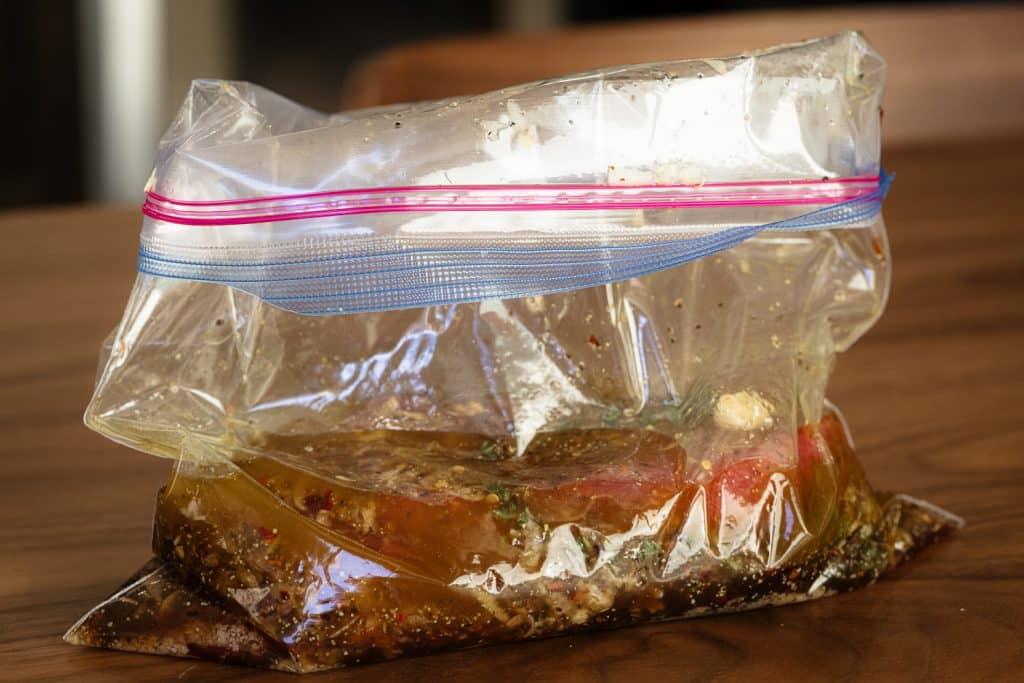 The best way to smoke a London broil is to marinate it for at least 4 hours (ideally up to 8 hours) before cooking it in the smoke. This marinade combines simple ingredients for a classic London broil.

Here’s what you need to make this marinade:

Combine all ingredients in a non-reactive bowl or a gallon-sized zip-top bag. Add the meat to the marinade and massage to evenly coat. Place the marinade in the fridge for 4-8 hours. 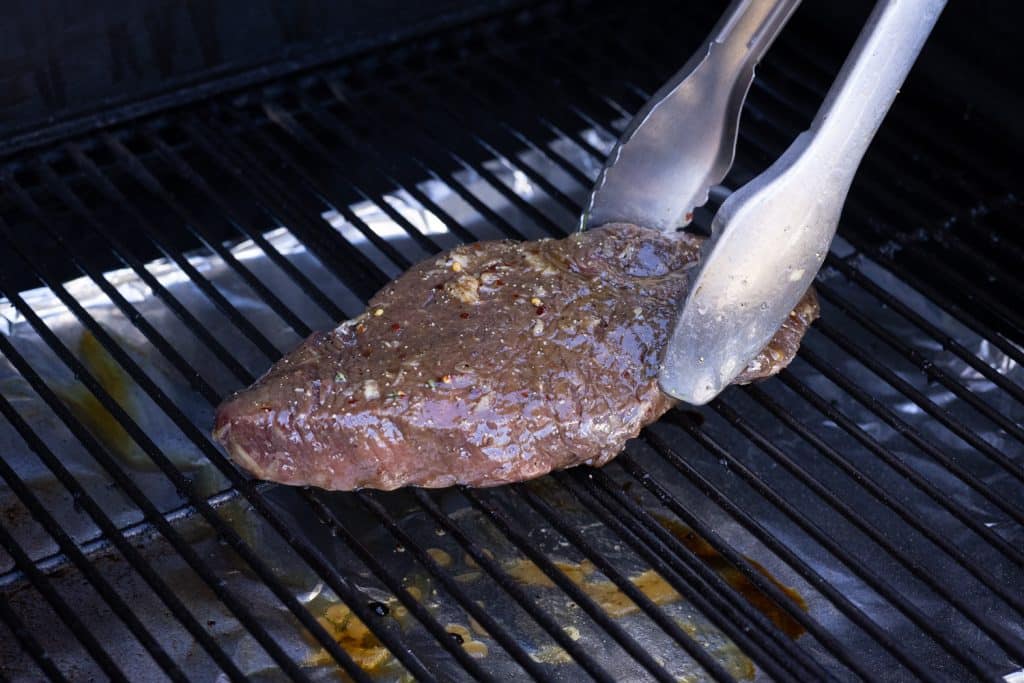 How to Smoke a London Broil

After you’ve given the meat long enough to marinade, you’re ready to fire up the grill and get the meat cooking. Here’s how to smoke a London broil. 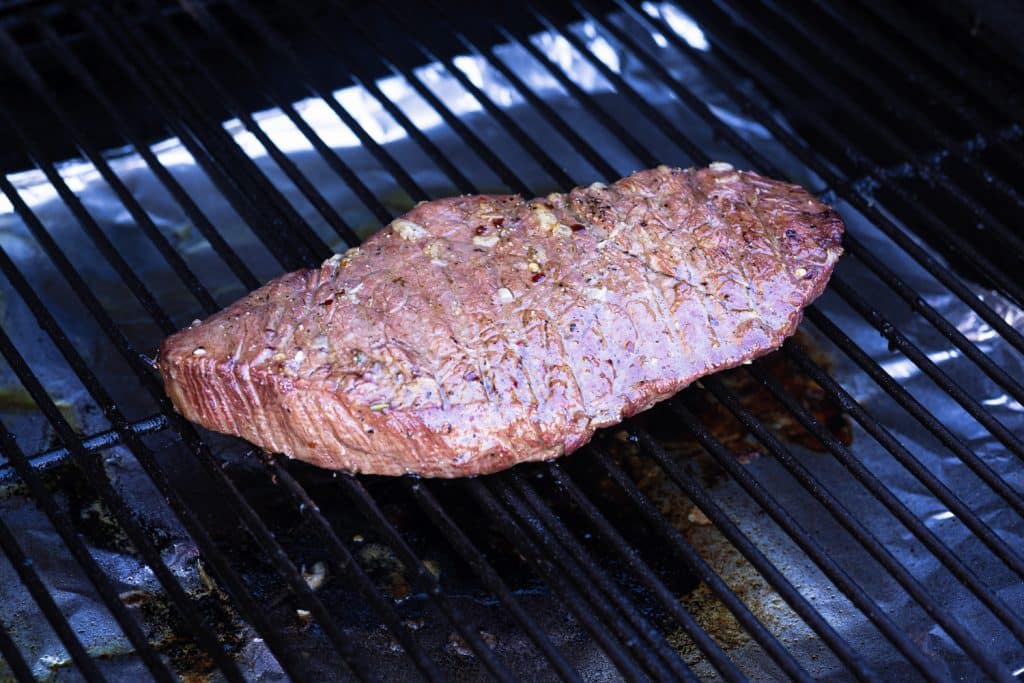 How Long to Smoke a London Broil

With your smoker running steady at 225 degrees F, it will take approximately 45 minutes to smoke a London broil to medium-rare.

Keep in mind, this time may vary slightly depending on the type of smoker you are using and the thickness of your meat. Estimate for 45 minutes, and give yourself some leeway on time.

Rather than keeping an eye on the clock, use a meat thermometer to gauge when your meat is finished cooking. Smoke this London broil until it reaches 125 degrees F for a rare steak or 135 degrees F for a medium-rare steak. 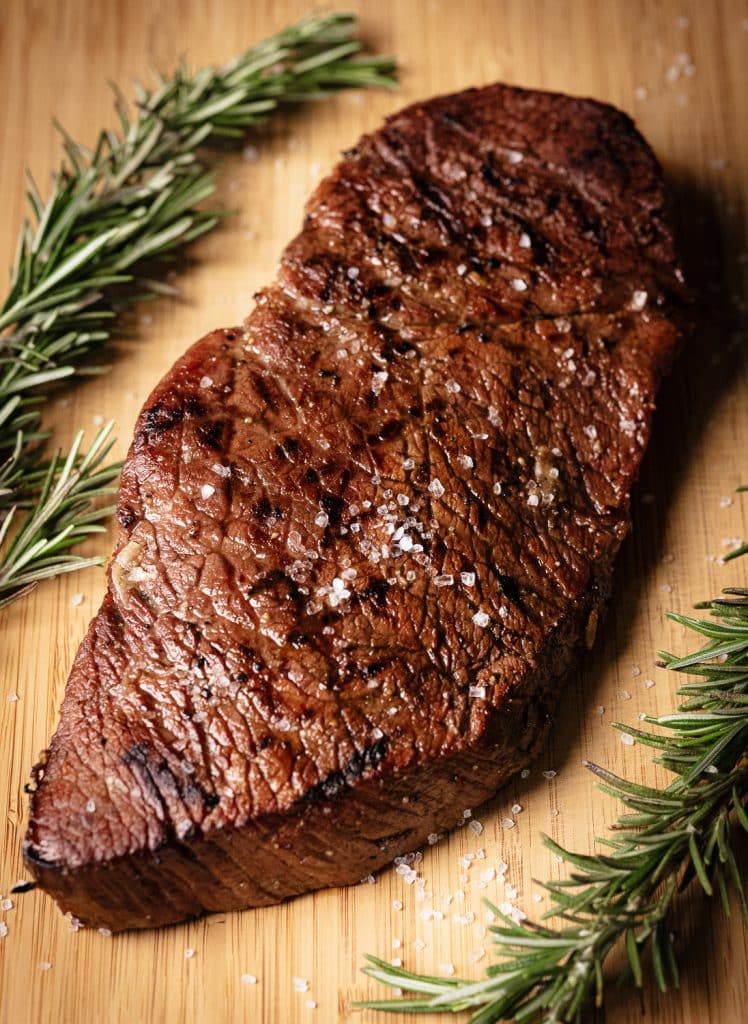 Here are some tips for making a tender, juicy London broil cooked to perfection. 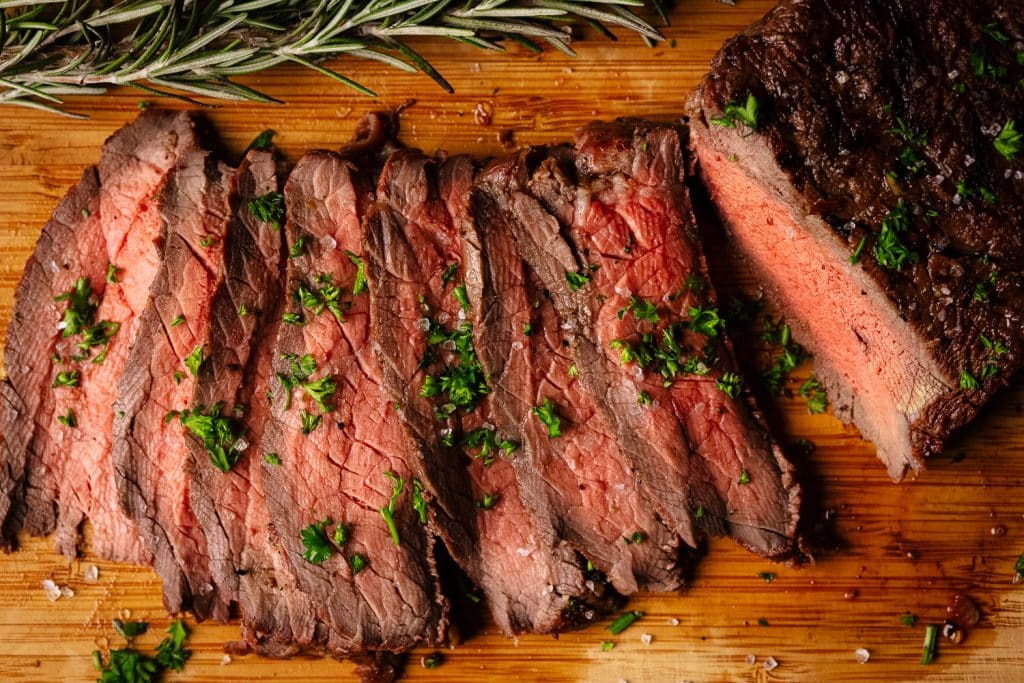 If you’re looking for other London broil recipes cooked on the grill, check out our top recipes below!

Here’s hoping you loved this smoked London broil recipe from Hey Grill Hey. We’re in the business of making BBQ accessible to the “everygriller,” so if you’re looking to become a backyard BBQ hero, you’re in the right place!

Please let us know how your meat turned out by leaving us a comment below. You can also get in on the conversation on social media by searching for @HeyGrillHey. 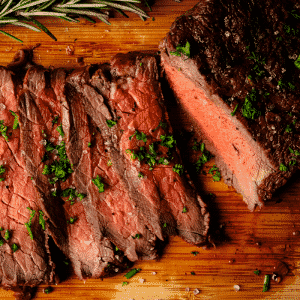 Susie Bulloch
Skip broiling your London broil in the oven, and fire up the smoker for the most amazing smoked London broil ever. This meat is marinated and infused with great smoky flavor for a top-notch steak.
5 from 1 vote
Prep Time : 15 mins
Cook Time : 45 mins
Marinade Time : 8 hrs
Total Time : 9 hrs
Servings : 6 people
Calories : 215kcal
Print Recipe Save to Pinterest