Smoked New York Strip Roast is a great roast to grace your table this holiday season. It’s beefy, juicy, and a real people-pleaser. If you’re not a big fan of prime rib, give this New York strip roast a try instead! 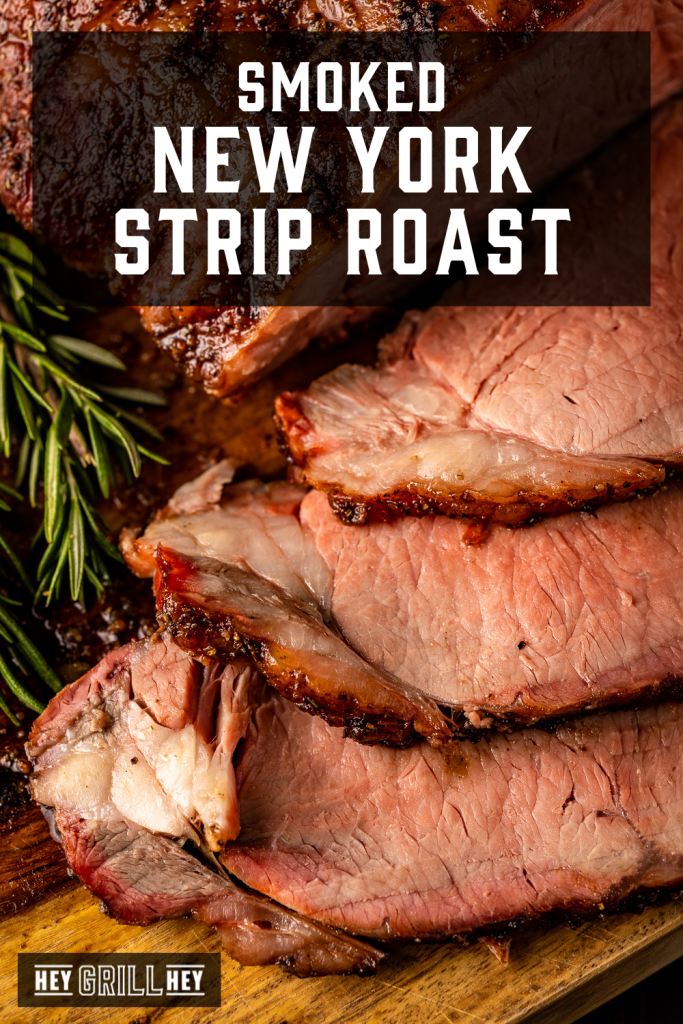 What is a New York Strip Roast?

When you cook up the New York strip roast, you’re not just cooking up dinner for your family, you’re smoking up an entire centerpiece for your dinner table. The strip roast is a great choice for big family dinners and holiday celebrations. It’ll feed a crowd, and make you feel like a BBQ superstar when you cook this roast on the smoker. 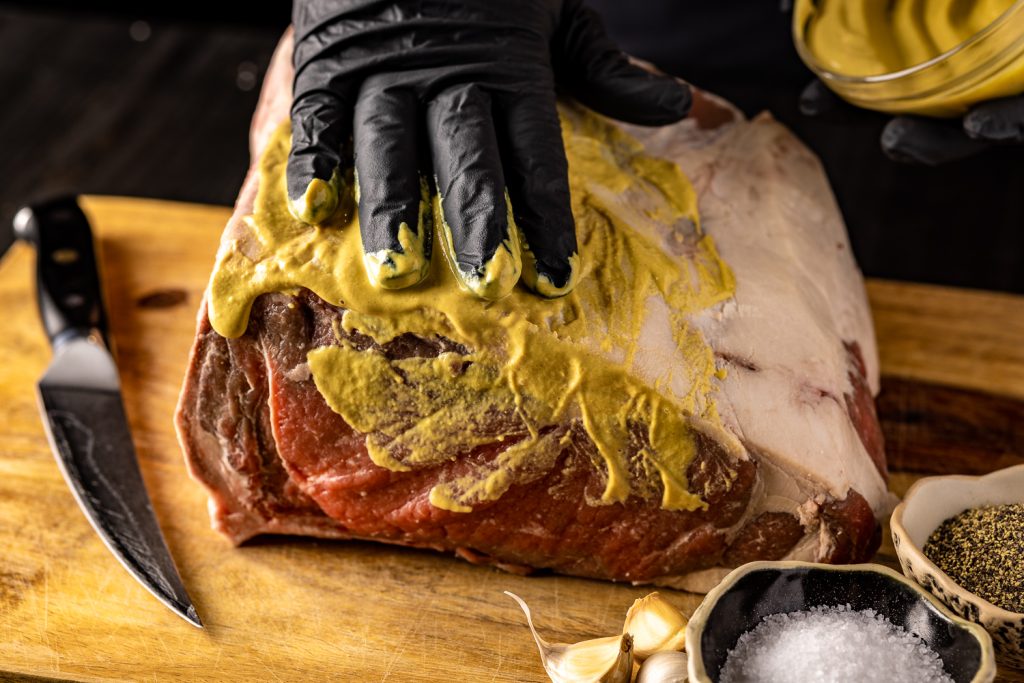 This roast is super delicious, very beefy, and an excellent alternative to prime rib roast on your holiday table. It’s often more affordable than prime rib as well. You can save some money and still have an impressive beef roast on your table for the holidays. Also, prime rib roasts tend to have more chunks of fat in them, whereas the New York roast has a fat cap on top, but it’s not fatty throughout. This makes for an enjoyable eating experience. 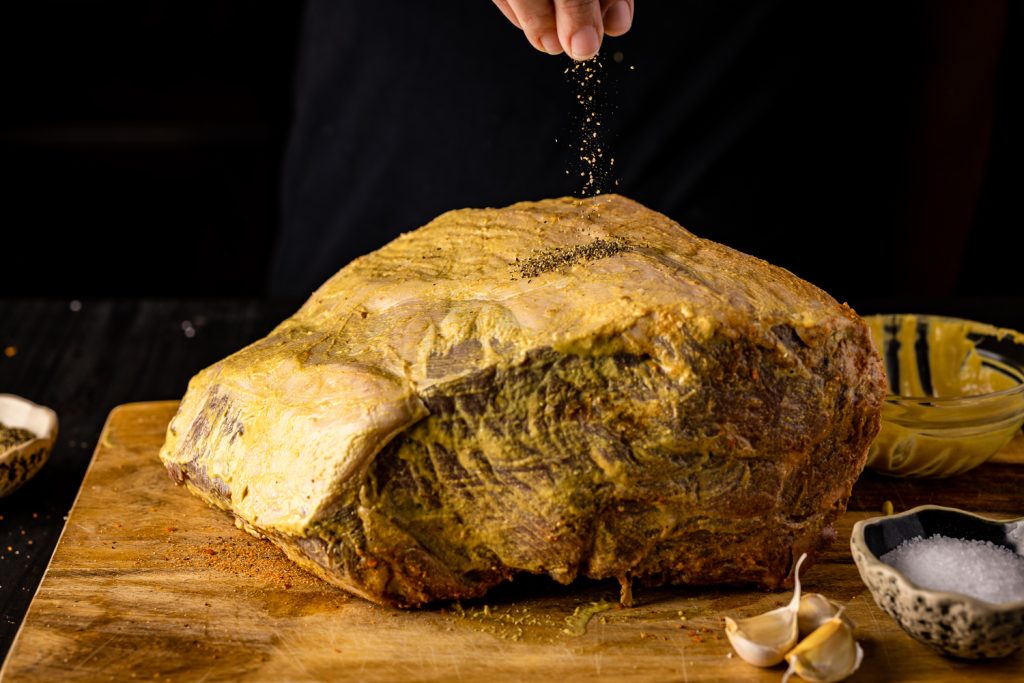 Today, I’m going BIG with the rub for this roast. After all, the roast is a large cut of beef, so the seasoning used on the meat should match. Nothing tastes better on this roast than my Homemade Steak Rub. This rub begins with a salt and pepper base (perfect for beef!) and adds in 6 other key ingredients to bring out all that good, beefy flavor you’d expect from a New York roast.

Here’s what you’ll need for the steak rub:

Evenly season your roast on all sides prior to smoking and pat the steak rub on well. 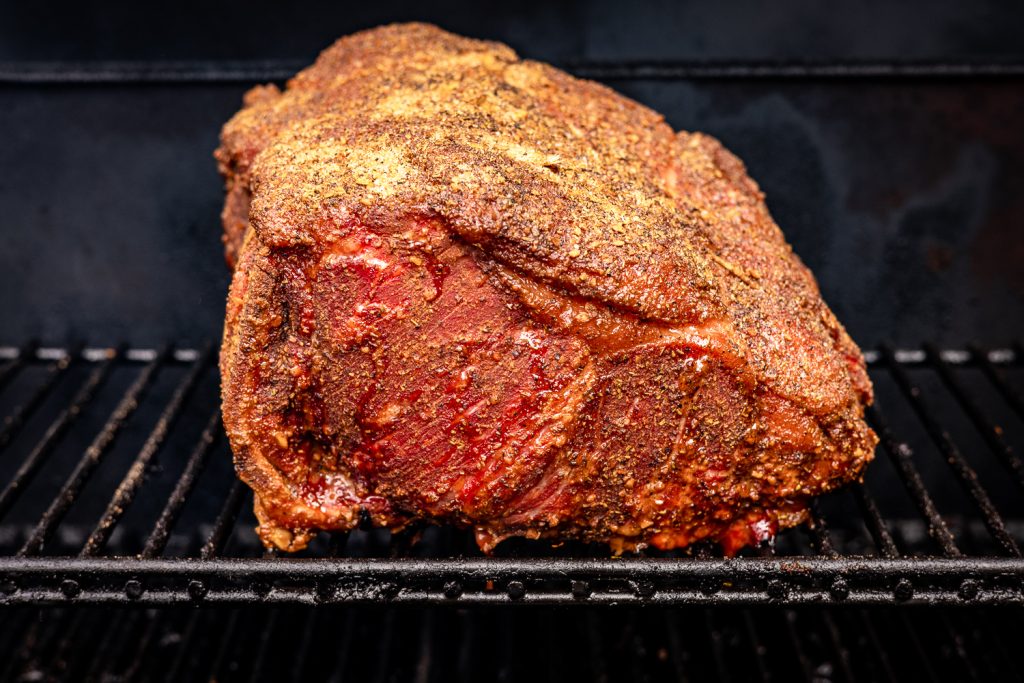 How to Cook a New York Strip Roast

Once you have your roast purchased from the butcher (remember to buy this boneless!), follow the directions below for a foolproof cooking method. Here’s how to cook a New York strip roast:

It will take approximately 5 hours to fully cook a 10-pound strip roast. Using a meat thermometer, ensure that the roast’s internal temperature reaches 130 degrees Fahrenheit before removing the roast from the smoker.

If you are purchasing a strip roast that is less than or greater than the 10-pound one used for this recipe, be prepared to adjust cook time accordingly. As long as you have your trusty thermometer to keep an eye on internal temp, you should be good to go. 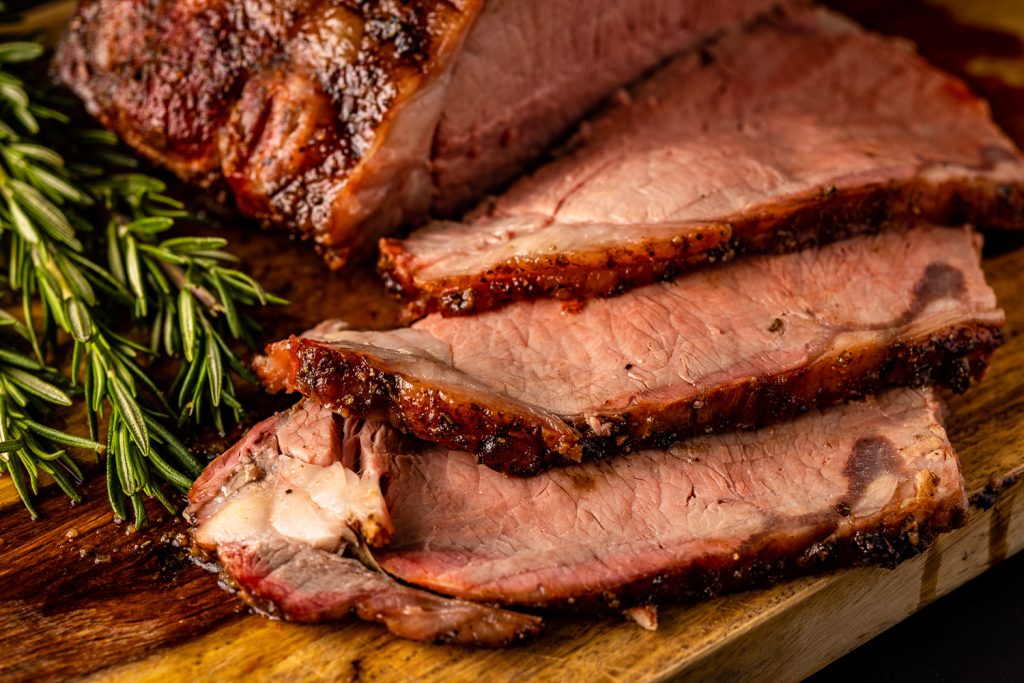 Let’s talk about roast! It’s juicy, it’s delicious, and it’s the perfect entree for just about any night of the week. Check out more amazing smoked roast recipes from Hey Grill Hey below:

Let’s make something delicious! I’m all about helping you make better BBQ, feed the people you love, and become a backyard BBQ hero. If you want to see more of my recipes, tips, and behind-the-scenes action, follow along on my social channels. You can find me on Instagram, Facebook, and YouTube!

This post was originally published in December 2019. We recently updated it with more information and helpful tips. The recipe remains the same. 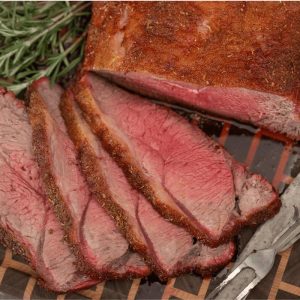