Schwenkbraten (AKA Grilled German Pork Chops) are tasty German pork chops traditionally cooked on an outdoor grill called a schwenker. Marinated in a fragrant and flavor-packed marinade, this schwenkbraten is a must-try the next time you’re up for grilling something new. 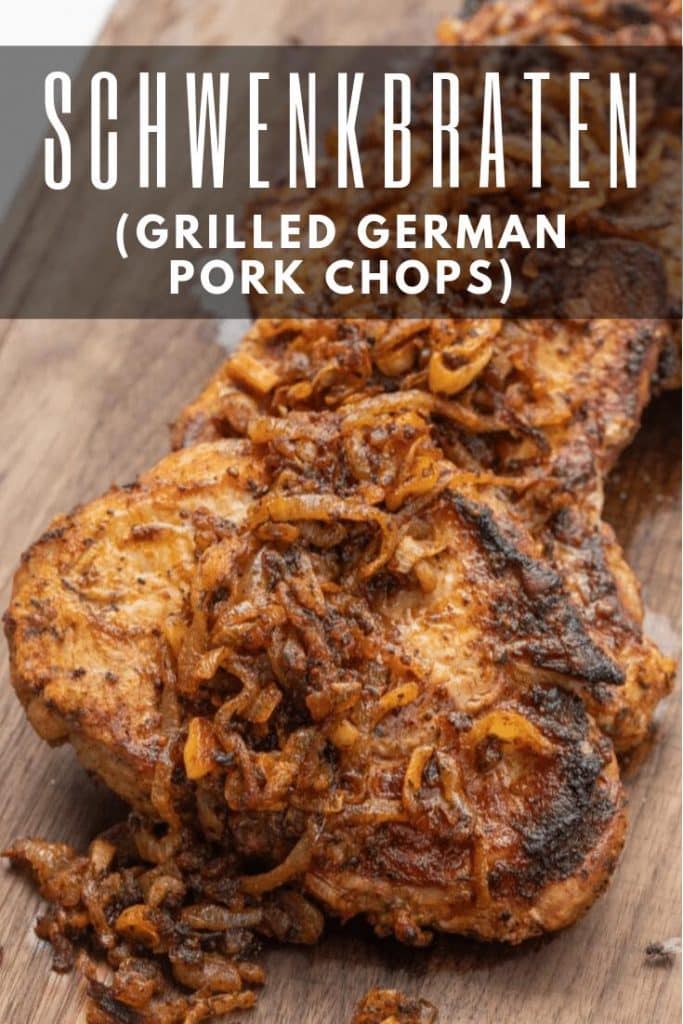 Schwenkbraten is a grilled German pork chop that is marinated, grilled, and is simply bursting with flavor. Traditionally, the pork is marinated in a red paprika or green herb marinade prior to grilling. For today’s marinade, I used some must-have ingredients for a schwenkbraten marinade (with juniper berries, garlic, and ground mustard) to make it as authentic as possible. The meat is then grilled on an outdoor grill called a schwenker.

A schwenker is composed of an open fire (either a campfire or a fire bowl), with the meat on top of a grill that is suspended from a swinging tripod. These schwenkers can be handmade or purchased pre-made. Either way, they are meant to be easy to assemble for outdoor cooking wherever you happen to be. The person cooking the meat is also called the schwenker, and they aren’t grilling. No, no. The schwenker (person) making the schwenkbraten (food) over the schwenker (grill) is schwenken (swinging/grilling the meat).

Are you with me so far? Good.

Now that you’re up to speed, let’s talk a little bit more about this particular recipe.

My husband, Todd, is a big fan of German and German-inspired food. He lived in Germany for a few years way back when he was just a young, impressionable 19-year-old, and I guess you could say the flavors stuck with him.

Schwenkbraten is just one of the recipes he’s oh-so subtly hinted at me to make for this site. And who could blame him? Marinated grilled pork cooked over an open fire sounds good to me, and the flavors in these pork chops is gonna blow your mind.

Now, I understand that most of you don’t have a schwenker just sitting in your backyard. And that’s okay! Don’t let that stop you from cooking these schwenkbraten on whatever grill you have on your patio. While traditionally cooked over an open fire, you can still achieve a similar result by cooking these on your charcoal grill.

If you’re going for authenticity, try to stay away from the gas grill. It’s usually avoided when cooking the schwenkbraten, and it won’t give you the target flavor.

The marinate for the schwenkbraten is the magic touch in making these pork chops stand out from all the others. Here’s what you’ll need to grab from the grocery store prior to whipping up the marinade: 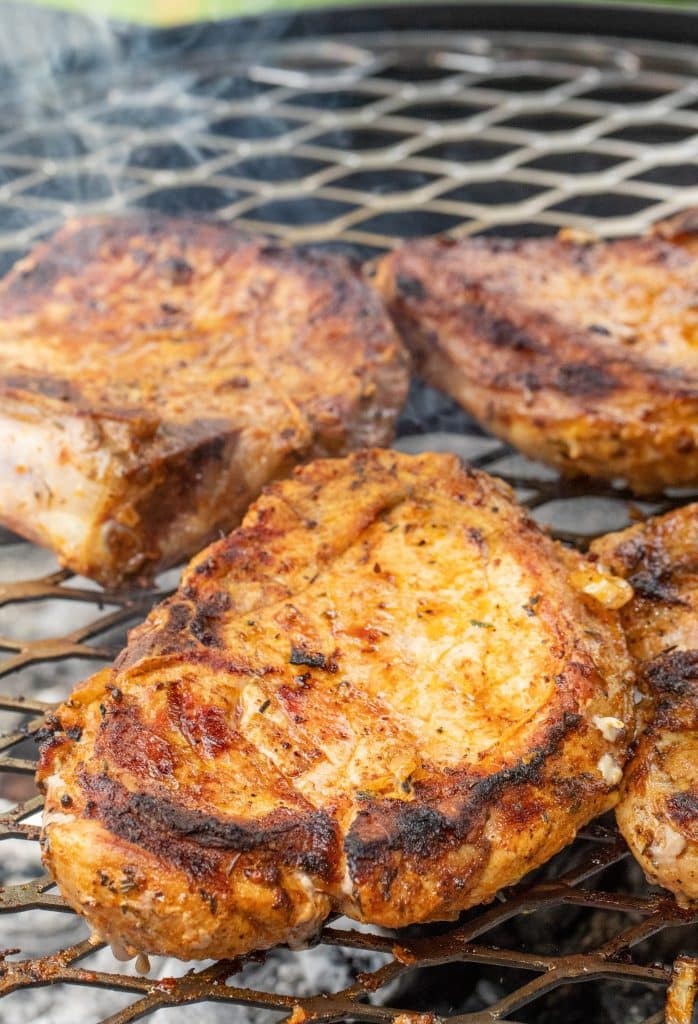 What to Serve with Schwenkbraten

Don’t let this schwenkbraten intimidate you when making it for dinner and trying to put together sides and accompanying courses. Simply think of it like a good and flavorful pork chop and go from there. I personally think this pork chop can be paired with just about any side, but these sides would taste extra delicious with them: 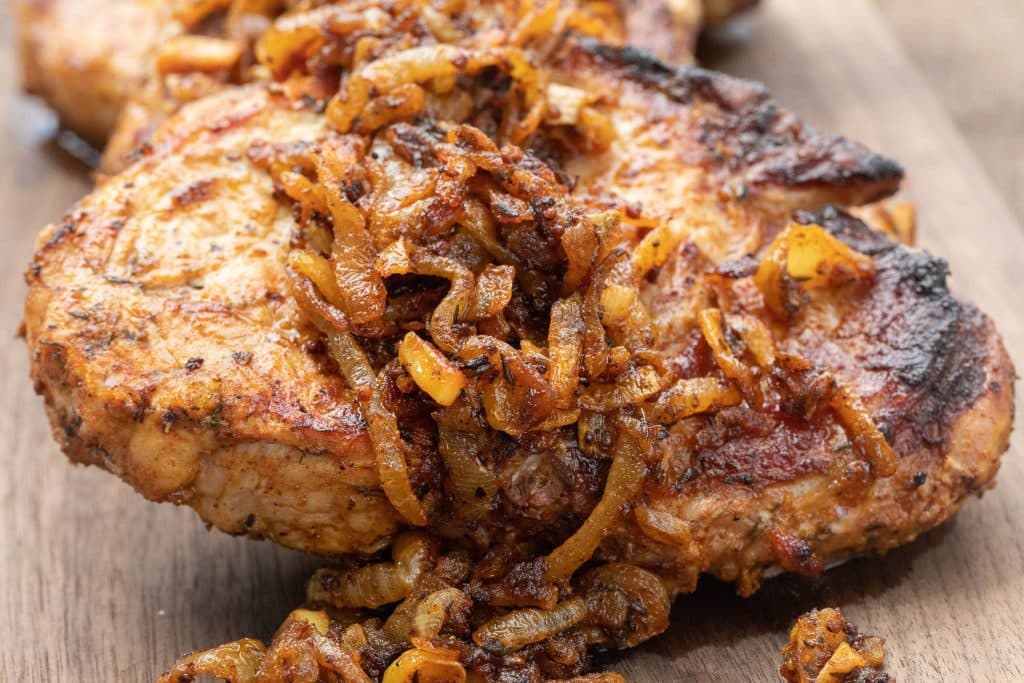 Follow the recipe, and I’ll teach you the simple steps to making your own schwenkbraten at home. Hey Grill Hey is dedicated to help you make better BBQ, feed the people you love, and become a backyard BBQ hero. You can find more of my smoking and grilling recipes and videos on YouTube, Instagram, or our Facebook Page. 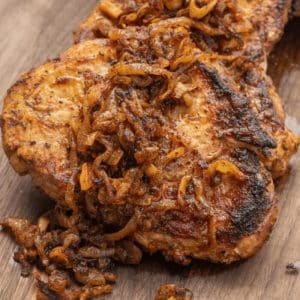