Today, I’m reviewing the Smoke X4 Long-Range Thermometer from ThermoWorks. Ask any pitmaster out there that has experience with products from ThermoWorks, from competitors to backyard bruisers, and they’ll likely agree that ThermoWorks is king in the world of thermometer equipment. All of their products are extremely accurate, and the Smoke X4 is no exception.

ThermoWorks sent us this equipment for testing and review purposes, however, all opinions are our own. 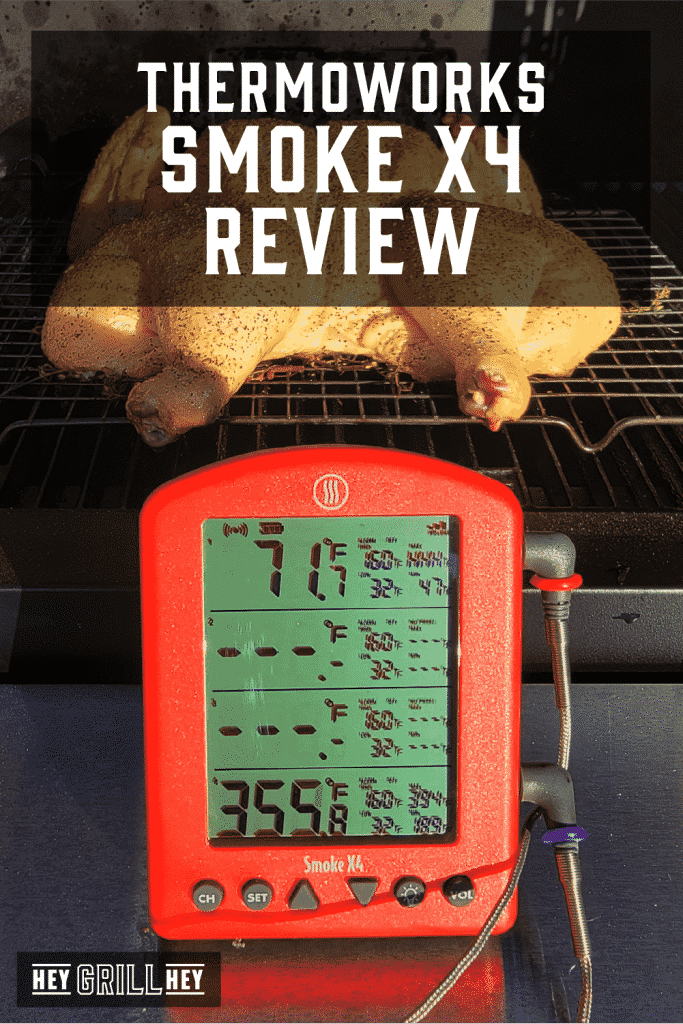 The Smoke X series from ThermoWorks is their new-and-improved version of their older Smoke model, boasting a few upgrades over the latter. The most notable upgrade is the next-gen RF technology included, which has an incredible range of over one mile (line of sight, of course) from the base station to the receiver.

The Smoke X series offers a slightly sleeker design over its predecessor with better button placement and recessed buttons on the receiver while maintaining the same outstanding build quality we’d expect from a ThermoWorks product.

The Smoke X4 and Smoke X2 feature the following:

The Smoke X4 comes with the base unit, receiver with a neck lanyard, 3 food probes, 1 air probe with the grate clip, colored silicone rings for probe identification, and a detailed set of instructions.

The only difference between the ThermoWorks Smoke X4 and Smoke X2 units is that the X2 only has two channels for temperature probes versus the four channels on the bigger brother. Each channel has its configurable temperature alarms that sound on the base as well as the receiver, keeping you updated and giving you peace of mind that your cook is going exactly as you planned.

The base and receiver have recessed magnets in the back so you can place them wherever you fancy, as well as large, easy-to-read, backlit displays.

The Smoke X4 and X2 are IP66 Splash-Proof rated, so exposure to light rain is fine, but don’t go throwing them in the sink or dropping them into the pool on your way to or from the grill.

While some people out there might be upset about ThermoWorks not including Wi-Fi in the Smoke line of products, I find it refreshing. There are no apps to download, no Wi-Fi networks to connect, no fiddling with Bluetooth, and you don’t even need to link the base and receiver. They connect in seconds straight out of the box! The option to connect multiple receiver units to your base is also available if that’s something you require.

Another notable feature of the Smoke X series is the ability to control the Billows Fan that ThermoWorks offers. The Billows Fan Kit allows the Smoke X series to control the temperature of your charcoal grill or smoker. It is available for purchase separately from ThermoWorks. I’m a huge fan of this and I use it very often with my Smoke X4 or my Signals thermometer systems.

If battery power isn’t your thing, the base on the Smoke X4 and Smoke X2 allows you to power them with a USB-C power adapter which can be purchased separately or is included with the Billows Fan Kit for Smoke X if you decide to go that route. 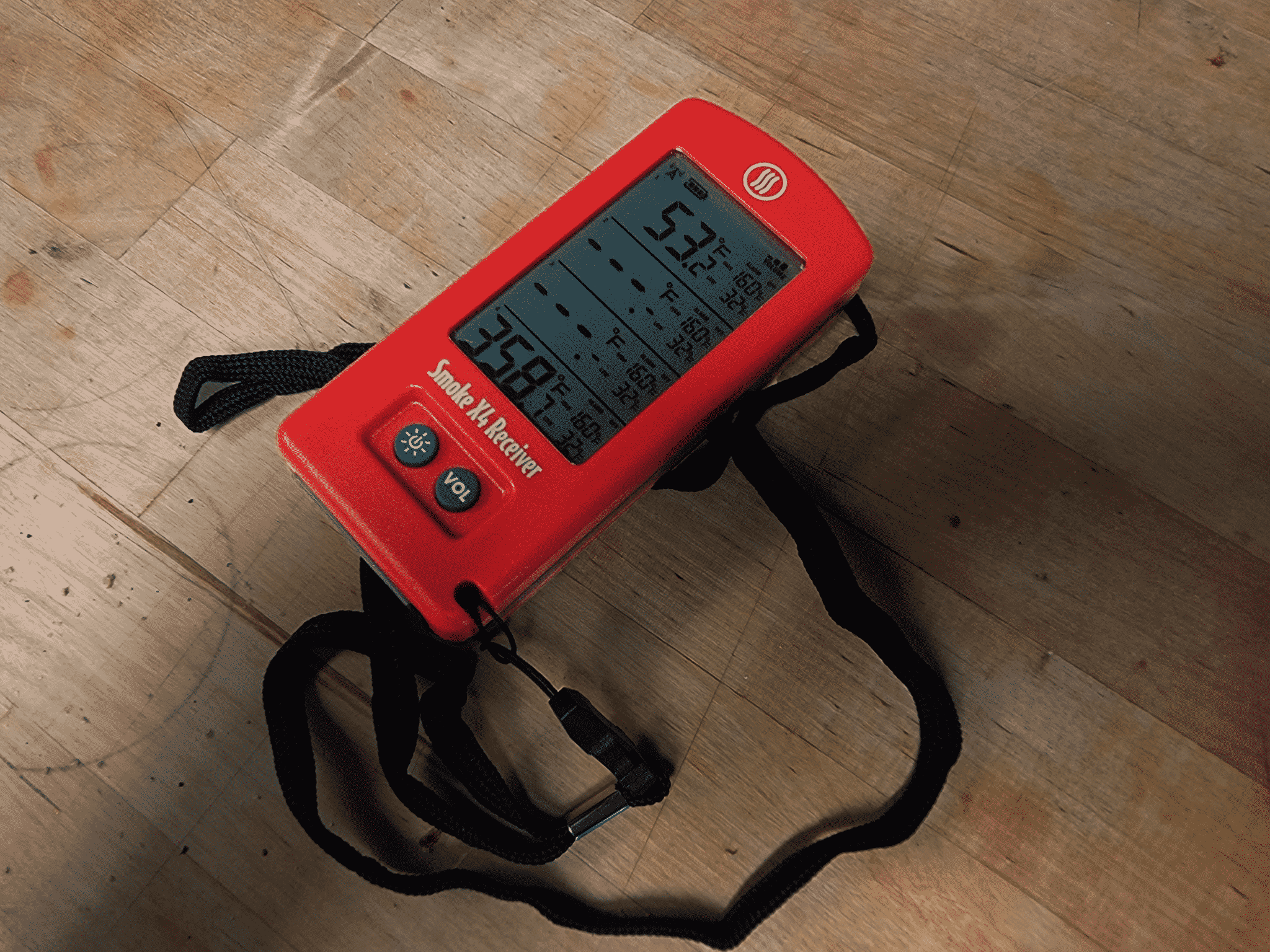 Here are some of my favorite things about the ThermoWorks Smoke X4:

I had to think extremely hard to come up with anything I think that could be better about the ThermoWorks Smoke X4 and, even then, it’s one gripe that is easy to live with and part of any multi-probe product from them.

The silicone color rings get nasty when they’re on the probes in the cooking chamber.

That’s it! Otherwise, the Smoke X4 is thermometer gold! 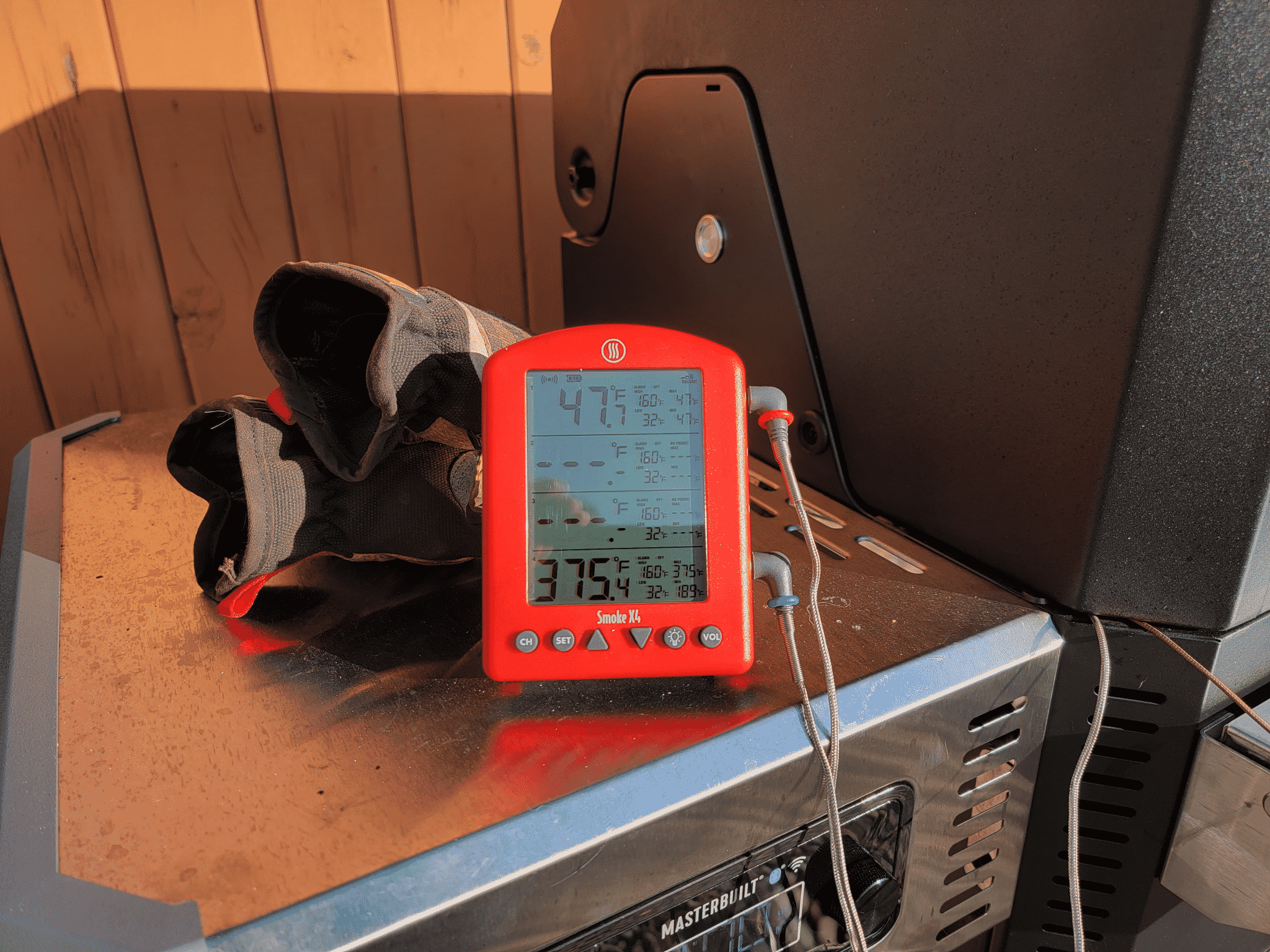 Do you have the ThermoWorks Smoke X4, or are you planning on buying one in the future? If so, I recommend trying these awesome recipes on your grill.

The ThermoWorks Smoke X4 is an incredibly well-built product. I’d recommend it to anybody looking to seriously up their grilling game! Monitoring whatever you put on your grill while simultaneously watching your pit temperature is invaluable and fundamental to the process. It isn’t for everyone, however. If you find yourself thinking four probes are overkill, or Wi-Fi is a must-have feature, this one isn’t for you. ThermoWorks has a large catalog of equipment that can satisfy anyone’s needs. For fewer probes, I’d recommend the Smoke X2 or the original Smoke, as they are cheaper than the Smoke X4. For W-Fi connectivity, the ThermoWorks Signals will serve you well.