Drunk Brisket with a Bacon BBQ Sauce is a smoked and braised brisket with a robust and flavorful bacon BBQ sauce. It’s fall-apart tender and bursting with the most delicious flavors that can’t be beaten. 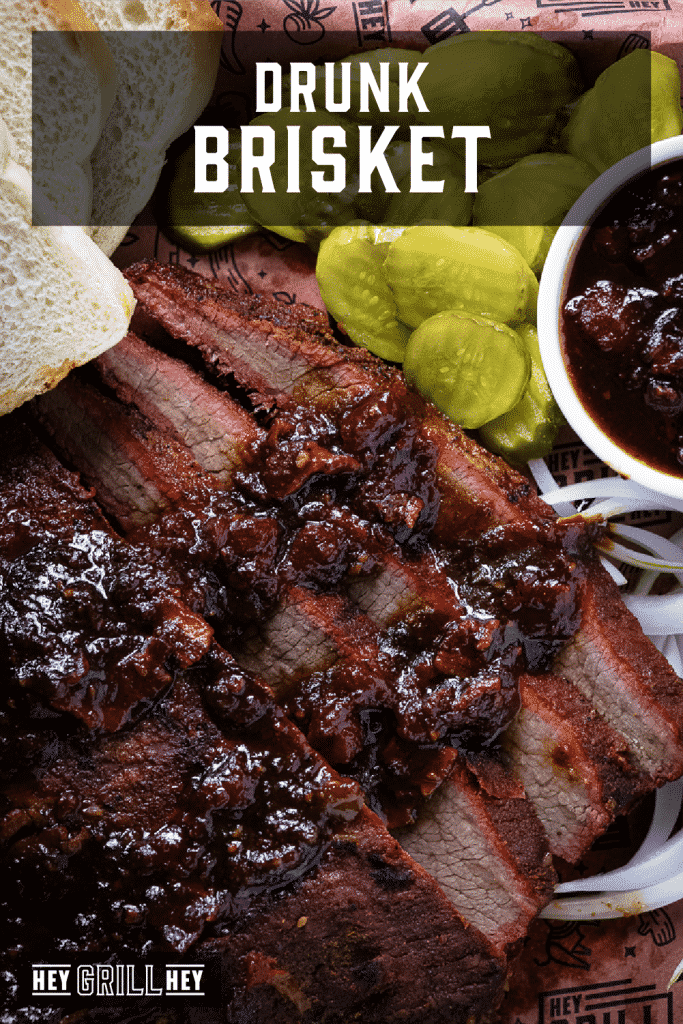 Drunk brisket is still holding strong as one of the most popular posts on my site, and it was one of the first I ever wrote. I get requests for this at parties and some of my friends have even used it as currency, asking that I pay them for goods or services with brisket. Honestly, I’m not surprised. This recipe is so special and beautiful and flavorful and I just think your family will love it!

Every once in a while, there is a recipe that comes to you in a dream. A vision, if you will. About 4 years ago I was thinking about brisket.

I spend a lot of free time thinking about food, actually. It’s not weird. Promise.

Back to my brisket thoughts, I wanted a super tender fall apart brisket and I wanted bacon. I knew there had to be a solid way to combine my two desires in a ridiculously flavorful way. And guess what? I couldn’t find one. So I decided to create the ultimate bacon/brisket combo! 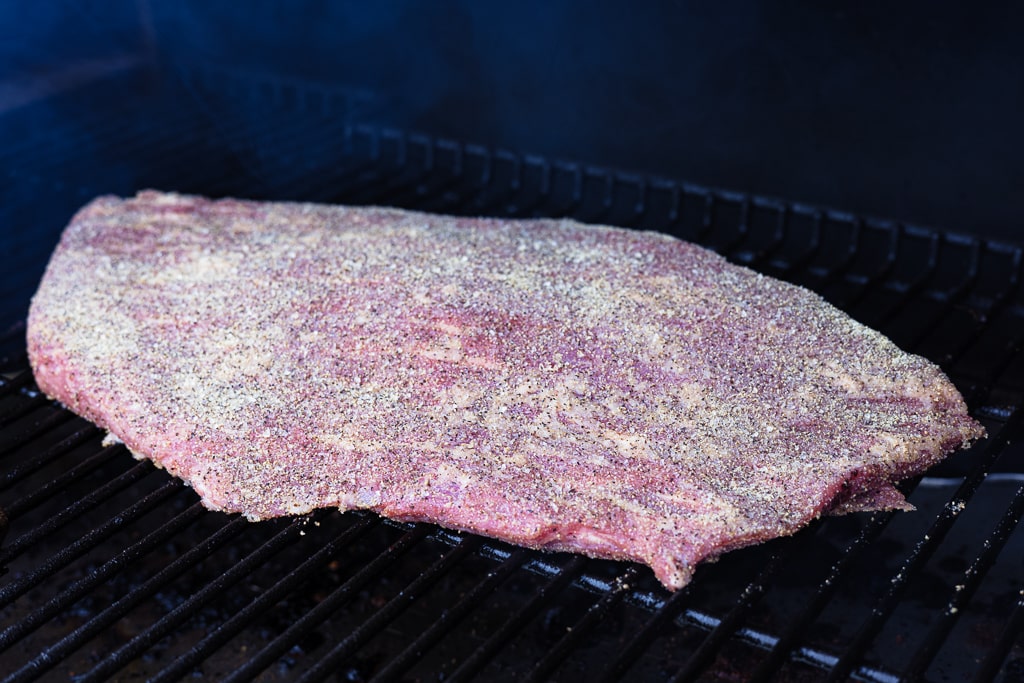 This recipe, specifically, represents a big turning point in my cooking career where I went from following or adapting other people’s recipes to stepping out and creating my own. I used it to enter a national competition (where it ranked in the top 8 out of thousands of entries). It is the first recipe I ever cooked on TV, and when I entered the video into a CreateTV contest I came in second place!

All those years ago, I wouldn’t have thought food blogging and living the BBQ life would even be something I was doing but I’m so glad I got the encouragement to get my butt outside and turn on my grill! So, enough of my sentimental explanation about my attachment to this particular recipe. Let’s talk about how to get it done! 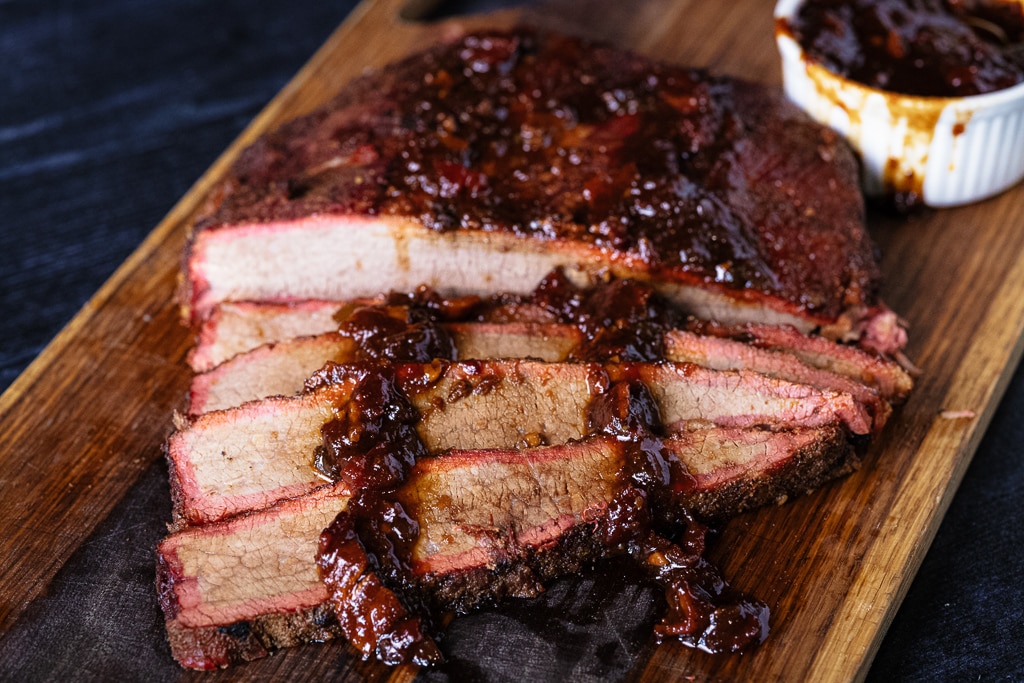 How to Make Drunk Brisket

This recipe is simple enough. Only 5 “S”s to the most tender, flavorful, mind-blowing beefy brisket-y goodness of your whole life. Make sure to scroll to the bottom of this post for a full, detailed recipe card.

And Boom! Drunk Brisket with Bacon BBQ Sauce and the invitation from your guests to be the official food cooker person for all events hereto-forth. 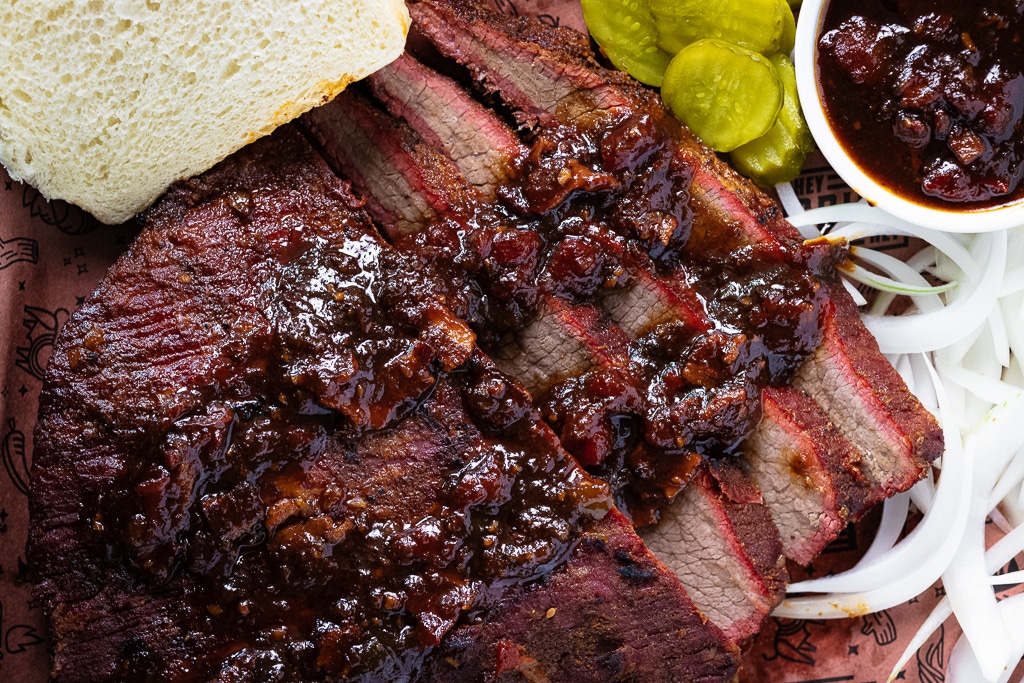 If you’re looking for a more traditional recipe for brisket, or you’re into taking your brisket to the next level, Hey Grill Hey has a bunch of recipes to help you make the best brisket ever.

This drunk brisket continues to be one of the most popular recipes on Hey Grill Hey, and we can’t wait for you to try it. Make sure to come back here to the comment section to let us know what you thought of the beef! You can also find us on social media @HeyGrillHey!

Like our new look? This post was originally published in December 2015. We recently updated it with more information and helpful tips. The recipe remains the same. 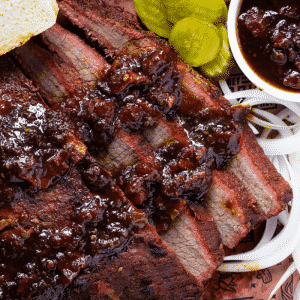 Drunk Brisket with a Bacon BBQ Sauce is a smoked and braised brisket with a robust and flavorful bacon BBQ sauce. It's fall-apart tender and bursting with the most delicious flavors that can't be beat.
5 from 10 votes
Prep Time : 15 mins
Cook Time : 6 hrs
Resting Time : 15 mins
Total Time : 6 hrs 30 mins
Servings : 5 people
Calories : 619kcal
Print Recipe Save to Pinterest