These maple bacon smoked cinnamon rolls are perfect cinnamon rolls that have been given a little hit of BBQ. Not only are these rolls topped with a maple glaze, but they’re also sprinkled with a sweet bacon sugar topping for the best finishing touch. 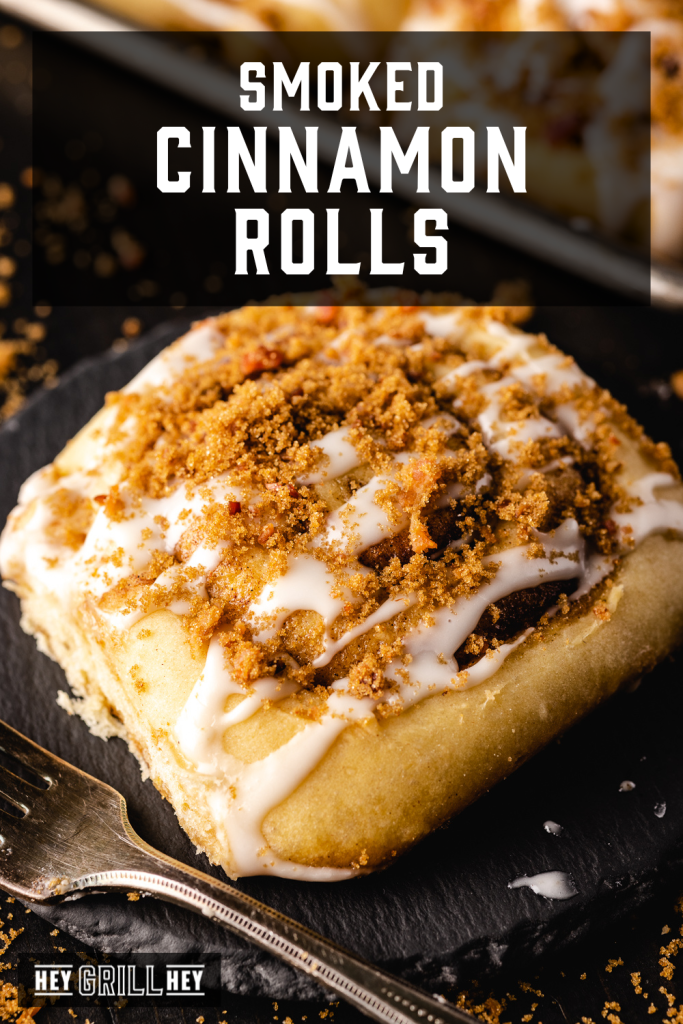 The base for these cinnamon rolls comes from my amazing sister, Sarah, from Feeding Your Fam.

I kept her base (because it is so easy and totally perfect), but adapted the recipe a bit for the smoker and topped the fluffy rolls with a maple glaze and brown sugared bacon topping. The sweet, slightly smoky rolls pair perfectly with the salty crunch of the bacon sugar. A culinary classic reinvented for the outdoors. 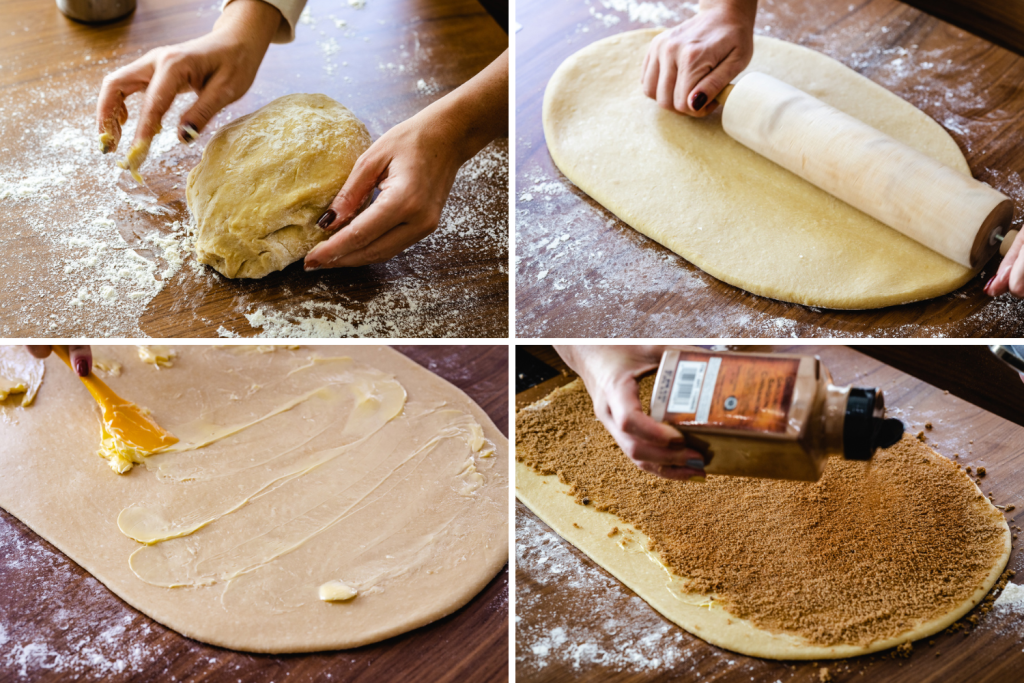 How to Smoke Cinnamon Rolls

Alright folks, let’s get down to business and stick something sweet on the smoker. Here’s how to smoke cinnamon rolls. This is just a general overview of how to make these cinnamon rolls. Scroll below to the bottom of the post for the full ingredients list and instructions.

How Long to Smoke Cinnamon Rolls

Rather than use this 15-minute time as a gauge, remove the rolls when they reach 190 degrees F with a thermometer inserted into the middle of the rolls.

Now that you know all this recipe entails, let me hit you with a bit of BBQ knowledge to help you make the most of this recipe. 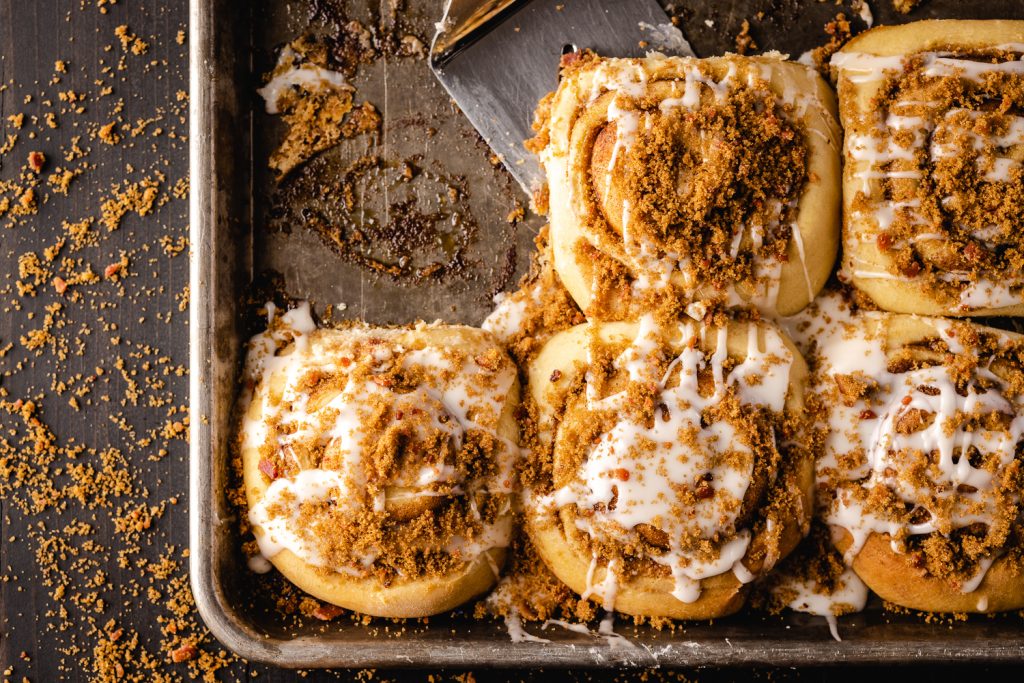 Ready to try your hand at cooking more desserts on the smoker? These recipes are sweet and delicious and completely cooked on your pellet grill or favorite smoker.

Follow the recipe, and let’s make some really good food! Hey Grill Hey is here to help you make better BBQ, feed the people you love, and become a BBQ hero. Head on over to Instagram, Facebook, and YouTube! for more behind-the-scenes action! 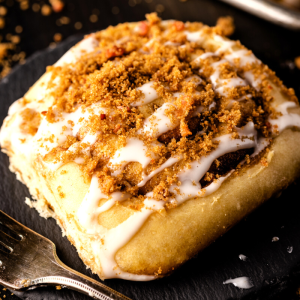 Susie Bulloch
These maple bacon smoked cinnamon rolls are perfect cinnamon rolls that have been given a little hit of BBQ. Not only are these rolls topped with a maple glaze, but they're also sprinkled with a sweet bacon sugar topping for the best finishing touch.
Prep Time : 15 mins
Cook Time : 15 mins
Rising Time : 45 mins
Total Time : 1 hr 15 mins
Servings : 6 people
Calories : 1078kcal
Print Recipe Save to Pinterest