This recipe for scrumptious smoked brownies is a major win! They’re cooked with caramel and bacon salt which kicks this simple recipe up a major notch. Toss these brownies on the smoker, and suddenly you have a dream dessert for any BBQer. 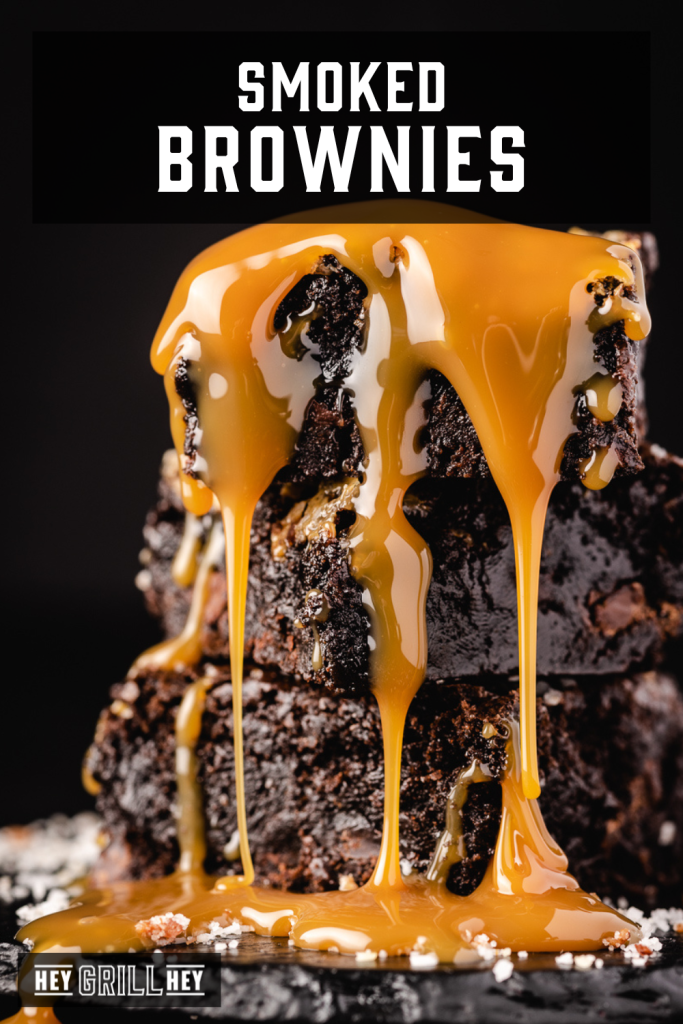 Sometimes when I’m BBQing I have a hankering for something sweet and completely outside the ordinary. But being in the business of BBQ, it’s hard to make a simple batch of Chocolate Chip Cookies or a box of brownies.

Enter: These dark chocolate smoked brownies with caramel and bacon salt! They’re the perfect mix of sweet, savory, and salty to satisfy any craving.

Honestly, the bacon salt is what makes this recipe, and I always try to have some on hand. It is super easy to make and is an exquisite finishing salt. It also makes the perfect gift for any foodie friends in your life. Just imagine replacing regular salt with bacon salt in your favorite recipes! Soups, homemade rubs, and grilled vegetables take on a new life with bacon salt. Honestly, this stuff is good on just about anything! 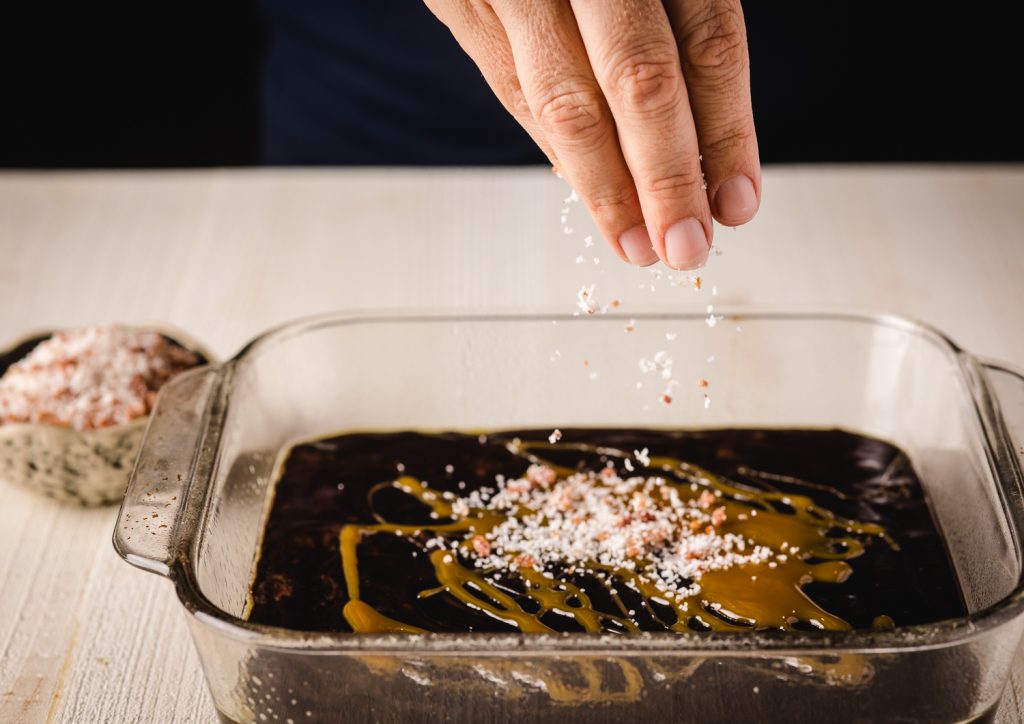 This smoked brownie recipe is ridiculously simple and easy to make. Consider it a simple bonus dessert you can toss on your smoker after slaving away making the main course all day. Here’s what you’ll need to make these brownies:

For the bacon salt, you’ll need the following:

In trying to keep this recipe as simple as possible, it calls for a box of brownie mix and a jar of caramel sauce, but both of these can be made from scratch if you so desire. For the brownies, I LOVE using dark cocoa powder in this Fudgy Brownie Recipe from Mel’s Kitchen Cafe. They’re beyond amazing. 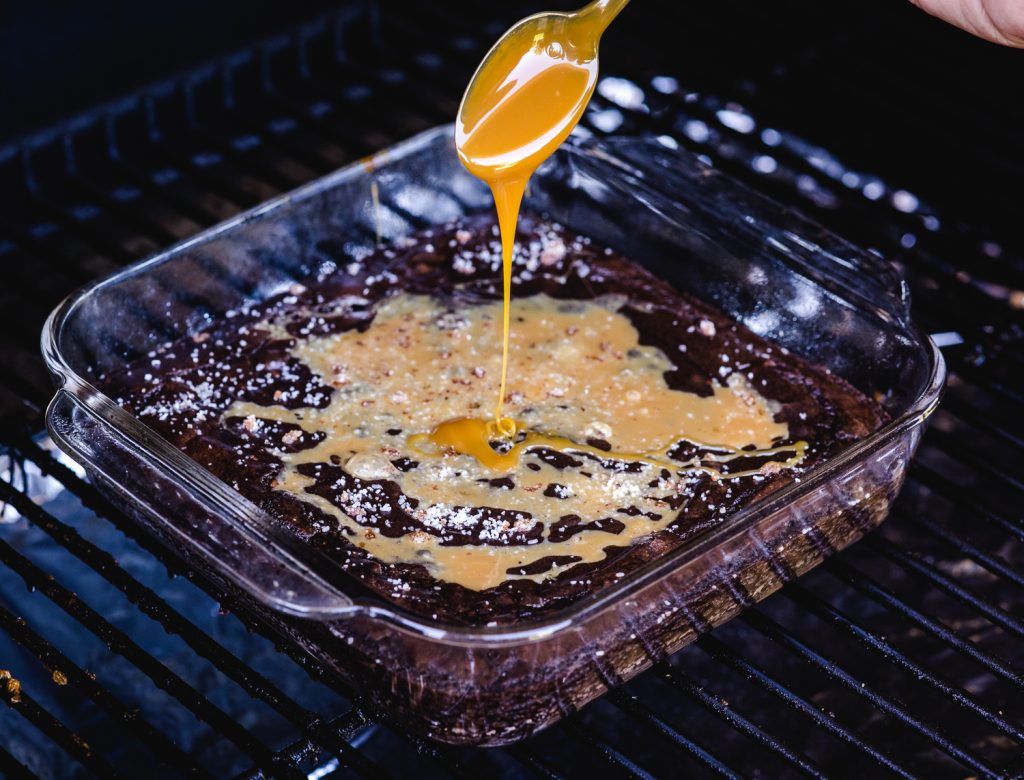 How to Make Smoked Brownies

Once you have all your ingredients ready to go, it’s time to fire up the smoker and make something sweet and delicious! Here’s how to make smoked brownies: 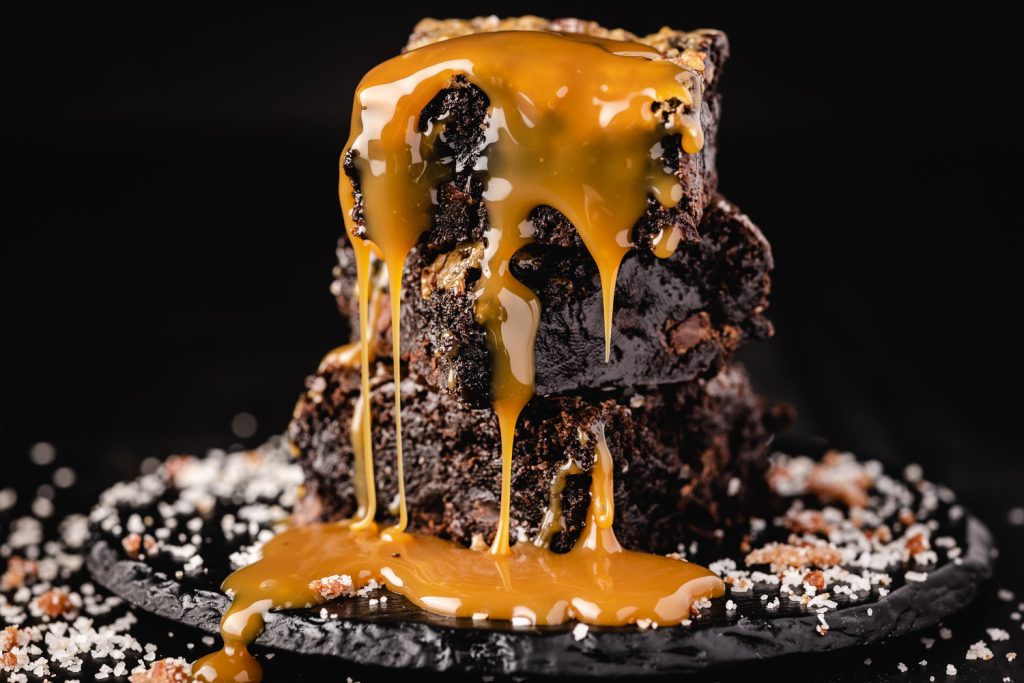 Once you’ve cooked your desserts on the smoker, you may never fire up that oven ever again! If you don’t believe me, try out these other amazing smoked dessert recipes from Hey Grill Hey.

This recipe was created for you, backyard griller! Here at Hey Grill Hey, we’re in the business of helping you make better BBQ, feed the people you love, and become a backyard BBQ hero. You can find more of my smoking and grilling recipes here on my website (browse the Homepage for inspiration) on Instagram, YouTube, or our Facebook Page.

This post was originally published in August 2016. We recently updated it with more information and helpful tips. The recipe remains the same. 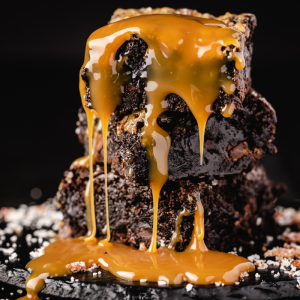