Smoked onion bombs are the appetizer you didn’t know you needed. They have a little bit of everything (onion, sausage, and bacon, oh my!), to impress all your guests with an explosion of flavor! 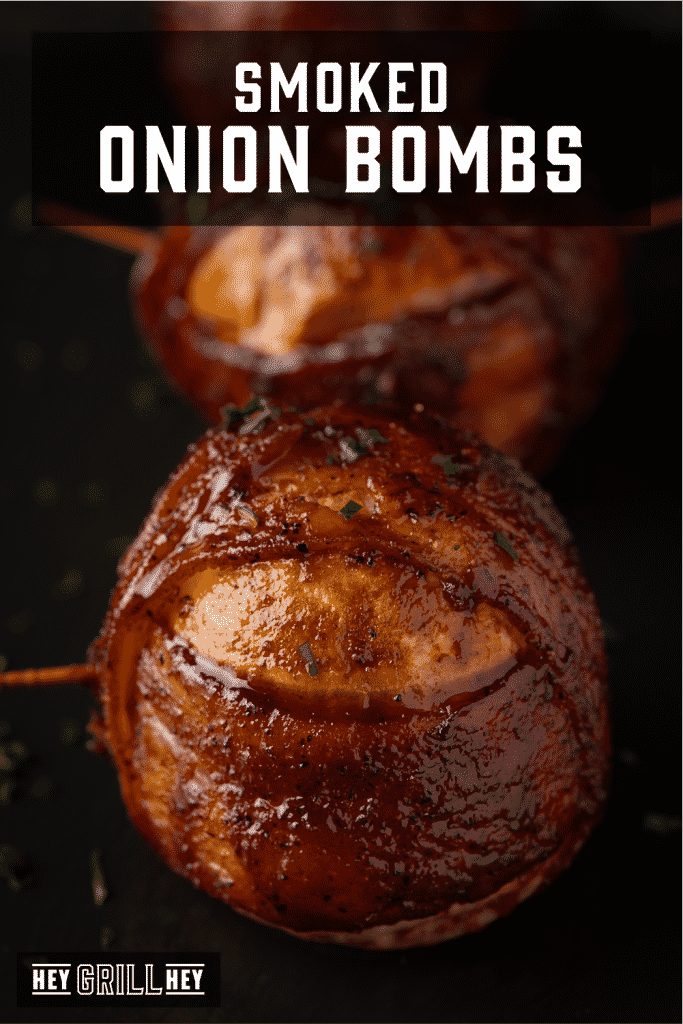 What is an Onion Bomb?

An onion bomb is the ultimate BBQ appetizer. This delicious food is made from an onion shell stuffed with sausage and cheese. The whole thing is wrapped in bacon for an appetizer so amazing you could eat it as a main dish (we won’t tell, we promise!)

The cheese melts while the onion bomb cooks, so when you cut the whole thing open, a reservoir of cheese oozes out. In true Hey Grill Hey fashion, we seasoned our bombs with Hey Grill Hey Sweet Rub and Everything BBQ Sauce for a sweet and savory finish. 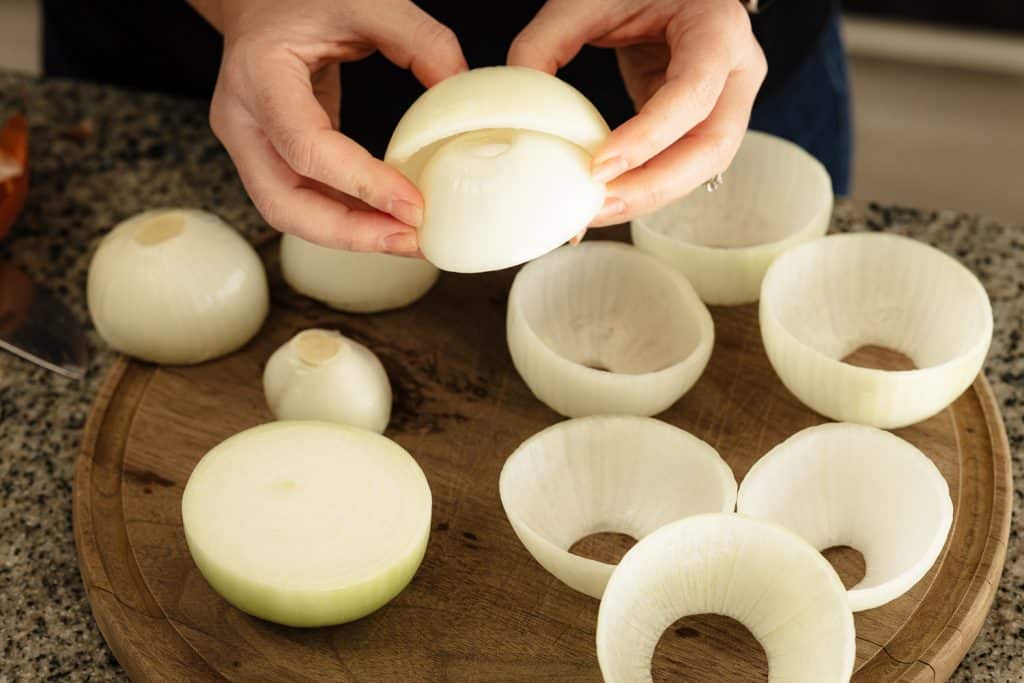 Just when you thought these onion bombs couldn’t get any better, they’re slow-smoked for 3 hours to give them a hit of smoky BBQ goodness. You can use your favorite hardwood for this recipe, but I found hickory to impart an awesome flavor.

We also smoked, seasoned, and sauced them for a flavor explosion befitting the name onion BOMB. The final result is like a cheese-stuffed sausage meatloaf in a smoky onion shell that is lovingly wrapped in bacon. I dare you to turn this guy down at a party. It’s downright impossible! 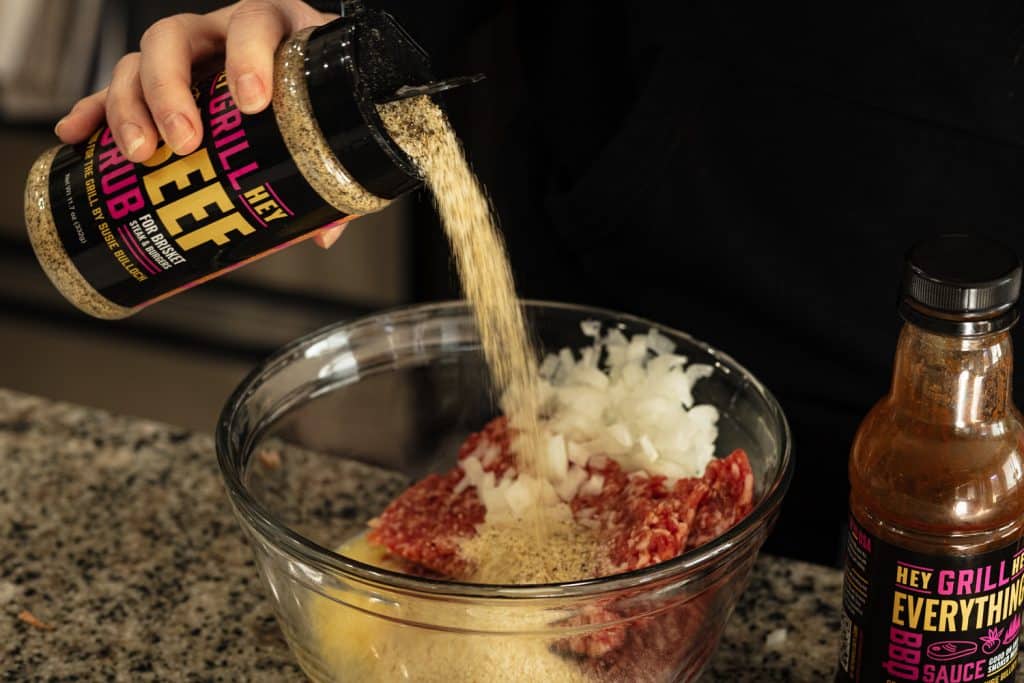 How to Make Onion Bombs

The onions bombs can be a bit tricky to create, but once you get the hang of it, you’ll be assembling these flavorful bombs left and right. Here’s how to make onion bombs. 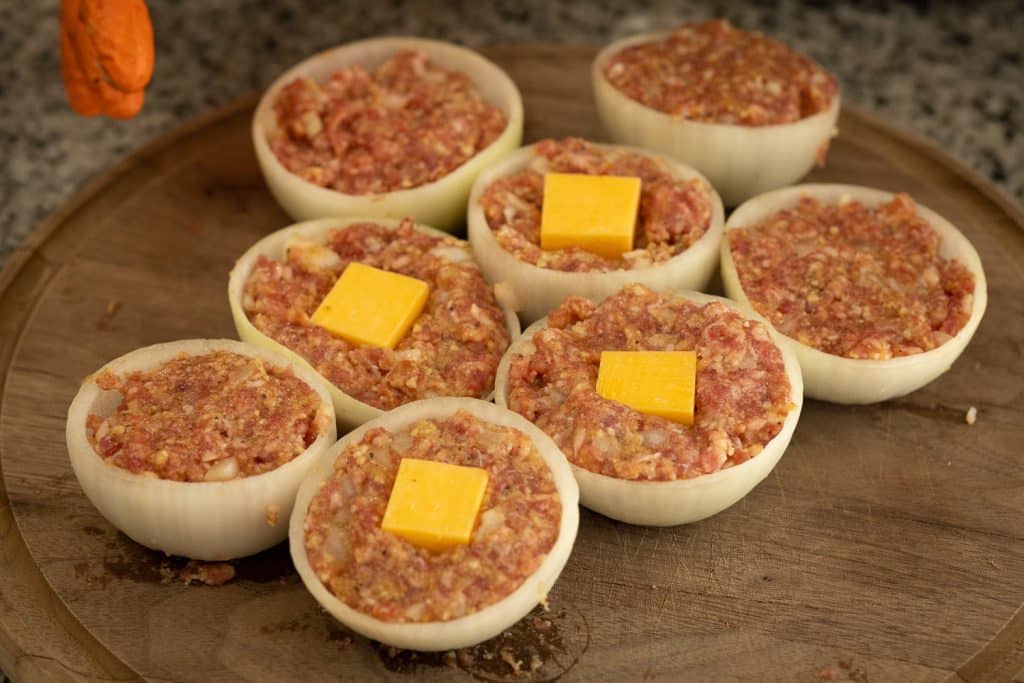 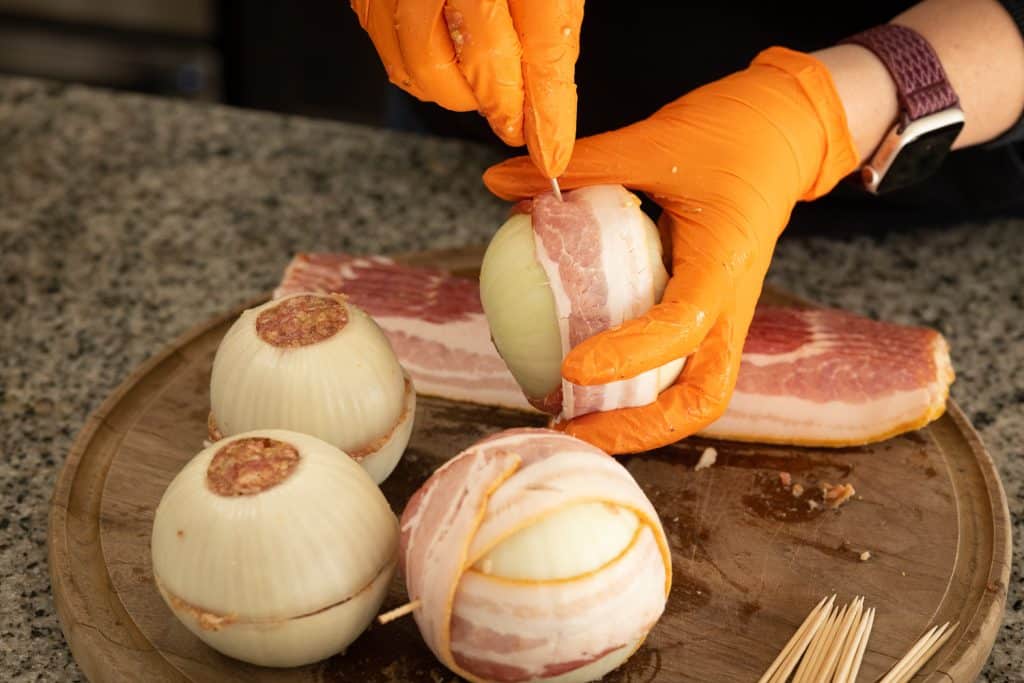 How Long to Smoke Onion Bombs

With your grill preheated to 250 degrees F, it will take 3 hours to smoke your onion bombs.

More important than the time when cooking on the BBQ is temperature. The 3-hour timeframe for this onion bomb recipe is a recommendation only. These bombs need to be cooked to an internal temperature of 175 degrees F to ensure they are cooked through and safe to eat.

I recommend investing in an instant-read thermometer to gauge the doneness of your meat. Remove the bombs from the grill when they reach the correct temp. 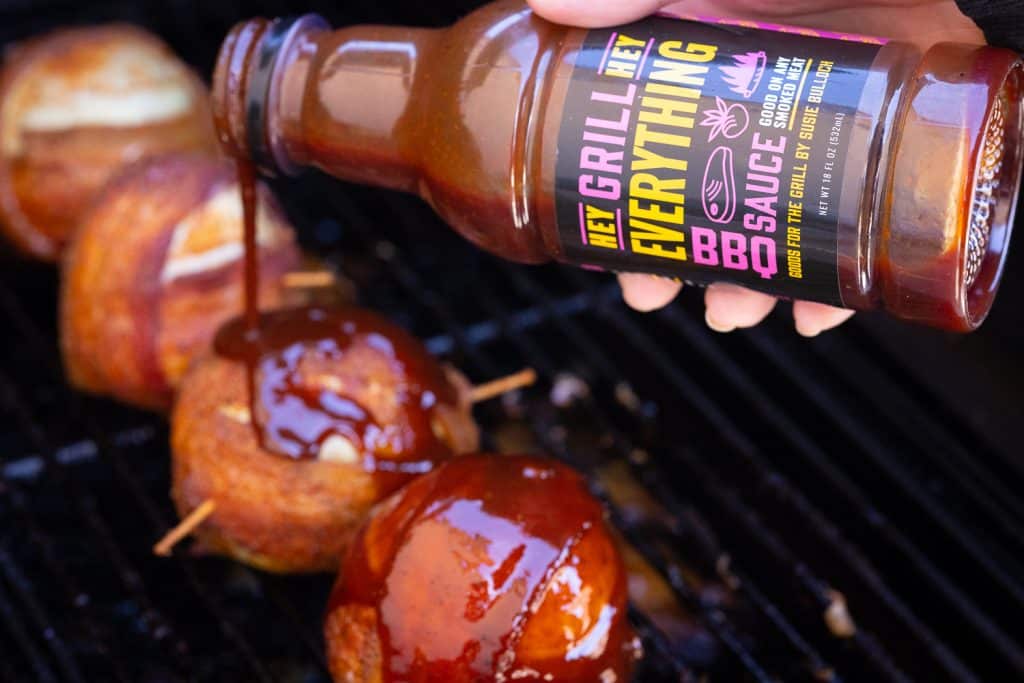 Ready to get your bomb on? I’ve compiled a few tips to help you make this recipe a success without the stress. Check out a few tips below. 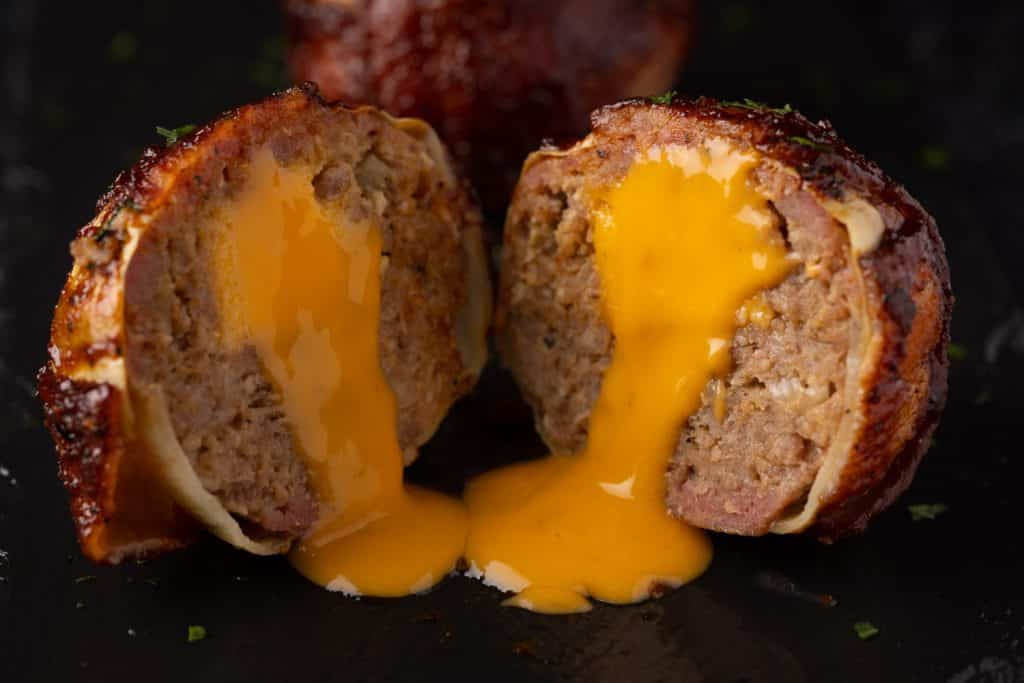 Onions are a great BBQ pairing. Whether you’re topping them on your burger or sauteeing them for your steak, they bring an extra boost of flavor. Check out a few awesome onion recipes from Hey Grill Hey below.

Check out the printable onion bombs recipe below for full ingredient amounts and instructions. Once you make these, be sure to return to this post to let us know how it turned out. We love to hear from you! 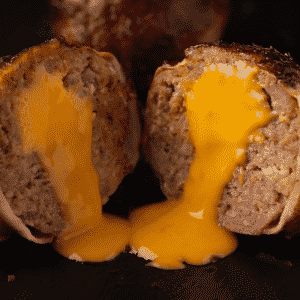 Susie Bulloch
Smoked onion bombs are the appetizer you didn't know you needed. They have a little bit of everything (onion, sausage, and bacon, oh my!), to impress all your guests with an explosion of flavor!
5 from 1 vote
Prep Time : 15 mins
Cook Time : 3 hrs
Total Time : 3 hrs 15 mins
Servings : 4 people
Calories : 1187kcal
Print Recipe Save to Pinterest