Baked beans are a BBQ side dish staple.  Nothing goes better with a perfectly grilled burger than a spoonful of slightly sweetened, slow smoked baked beans loaded with bacon and a slight jalapeno kick. 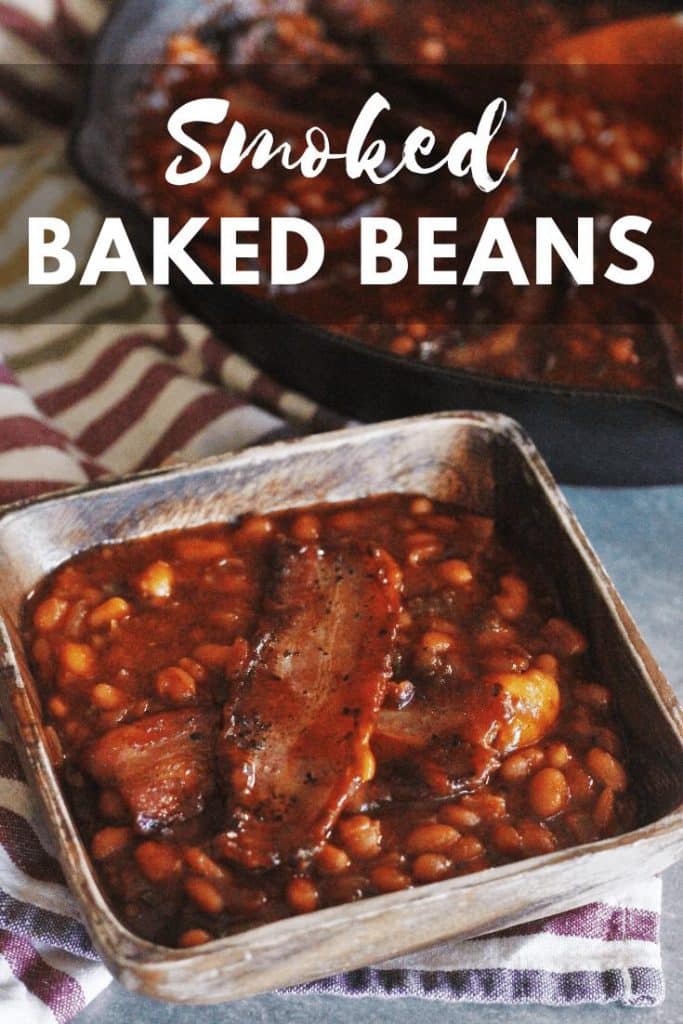 My recipe is adapted from The Pioneer Woman, because I think she nailed the base for the sauce. However, I knew I could amplify what was there with jalapenos, peppered bacon, and (obviously) real wood smoke! I wanted these beans to be a true BBQ side dish that could easily cook alongside whatever else you’ve got running in the smoker at 225 or 250 degrees F. Honestly, most hard or fruit woods work great with this dish, so just use whatever you’ve already got running in your smoker. My only caution would be mesquite. That stuff is strong and can overwhelm your beans. 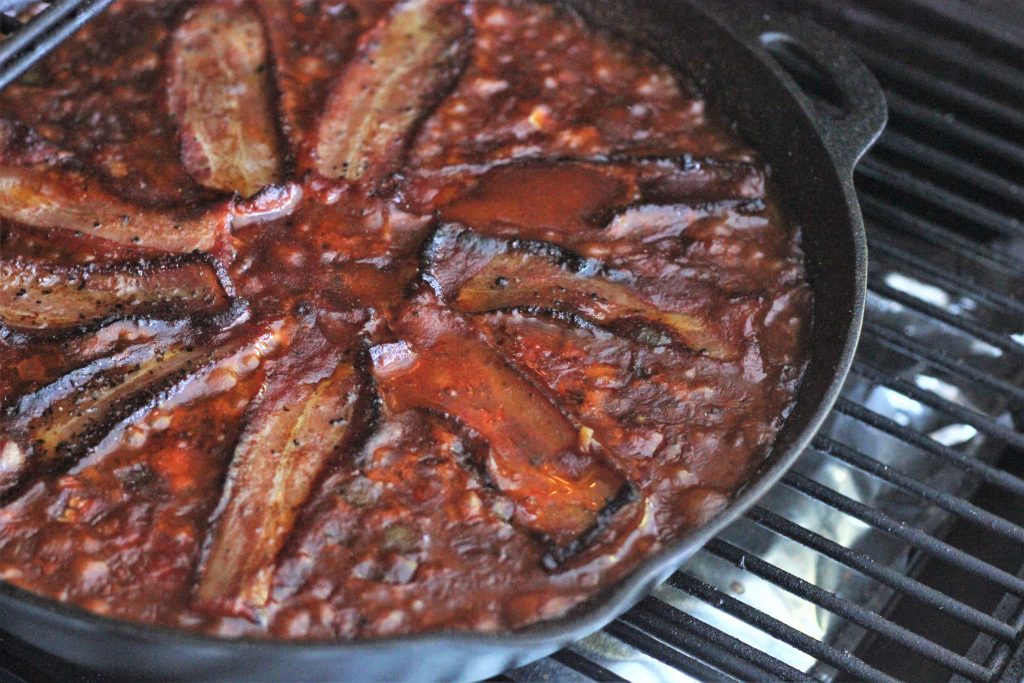 These smoked baked beans are easy enough to throw together in 15 minutes because of the use of canned pork n beans. I’ve made a pork belly baked beans recipe where I soak my beans and cook everything from scratch (and it is DELICIOUS!), but sometimes you need a little bit of a shortcut when you’ve already been smoking a brisket for 15 hours. The canned beans give me the shortcut I needed without losing out on flavor.

I prefer to smoke my baked beans in a cast iron skillet. This allows me to do the whole process in one pan, which makes for much easier clean-up. These are slightly acidic beans, so many people worry about it stripping the seasoning. I just make sure it is well seasoned before I start cooking and swipe with a thin layer of oil after cooking and it works great.

This recipe calls for thick sliced bacon. I prefer it because each person gets their own nice thick piece of bacon. The bacon doesn’t really get super crisp, just rendered and incredibly tender. If you want the bacon to be even more tender and fall-apart, go with a thinner sliced bacon and use a couple more slices of it. If you want the bacon to be crisp, broil the skillet of beans for 2-3 minutes after pulling it off of the smoker. Watch closely so the sugar in the beans doesn’t burn. 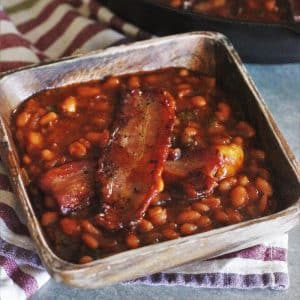