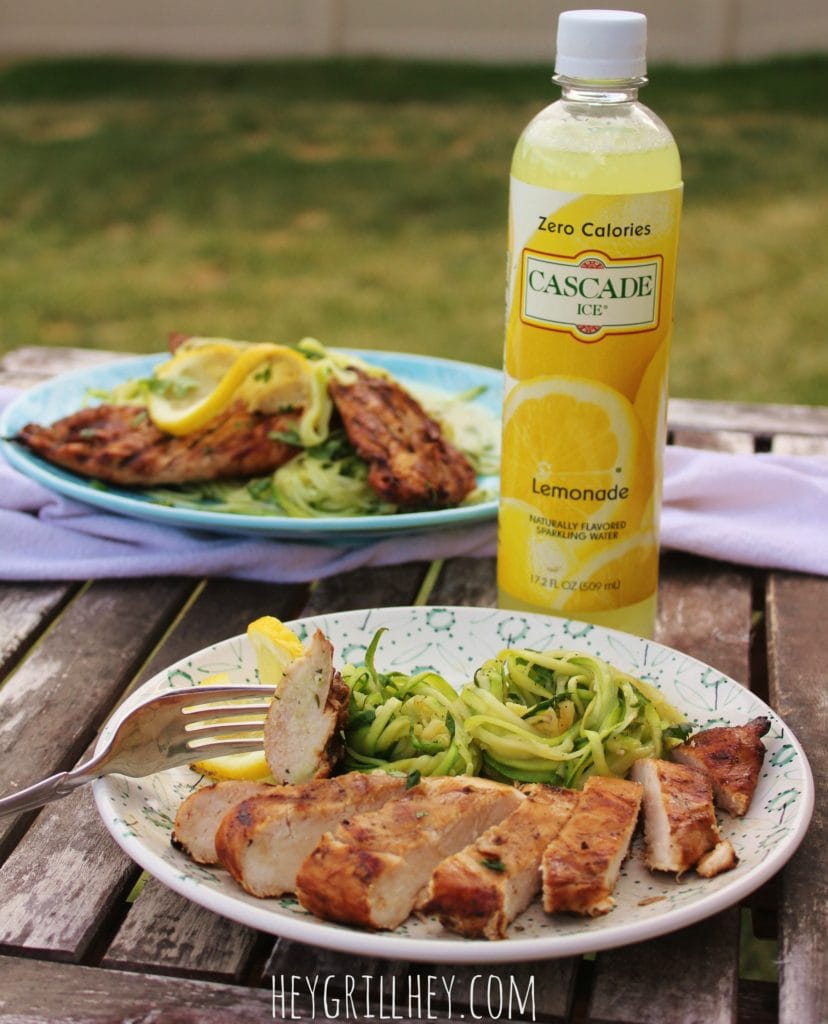 Last month on Good Things Utah I was cleaning some supplies in the kitchen after my segment and Michelle Money came over to chat (we’re BFF’s now, ha!) She had a list of grilling questions for me and specifically wanted some good ideas for grilled chicken breasts. Chicken breasts are low calorie, protein dense, and a great way to build a healthful meal, hence their regular occurrence around the dinner table. Boneless, skinless chicken breasts are also pretty bland and have a tendency to get blah after cooking them the same way every week.  While I had Michelle captive, I shot off a few ideas for a low cal marinade to boost up the occasionally boring chicken, simple things like olive oil, garlic, etc. She then asked me if you could sub the olive oil for coconut oil in a marinade. I initially said no, because of how hard coconut oil gets when it is chilled, but I was intrigued by the idea and started playing around with the concept in my head. The vision for the Skinny Grilled Lemon Chicken was taking shape! 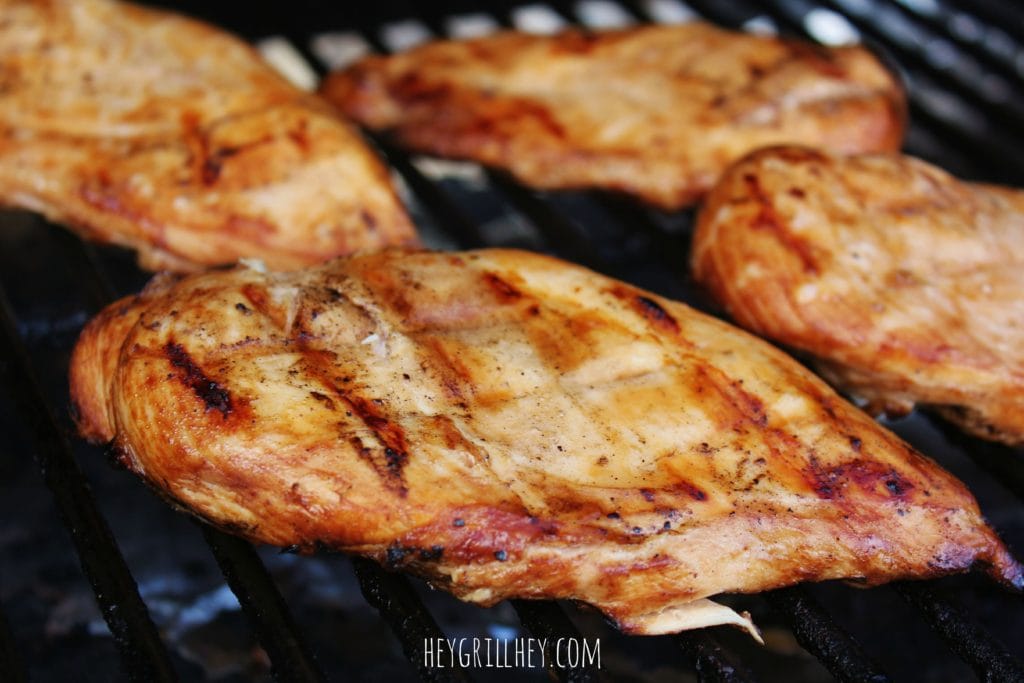 I have an amazing marinade that we’ve used for the last 8 or 9 years that I got from my friend Mallorie’s mom back when we were in college and still learning to cook. I think it was on a beat up 3×5 card back then and if it still exists, I’m sure it looks sad. Luckily the ingredient list was short and I memorized it and I knew that this marinade would be perfect for my coconut oil experiment. The original version of the recipe is all around pretty unhealthy so I took it upon myself to switch what we called “soda pop chicken” into a lighter and healthier version. I swapped the lemon lime soda for calorie free Cascade Ice Lemonade, the traditional soy sauce for low sodium soy sauce, and the vegetable oil for melted coconut oil. 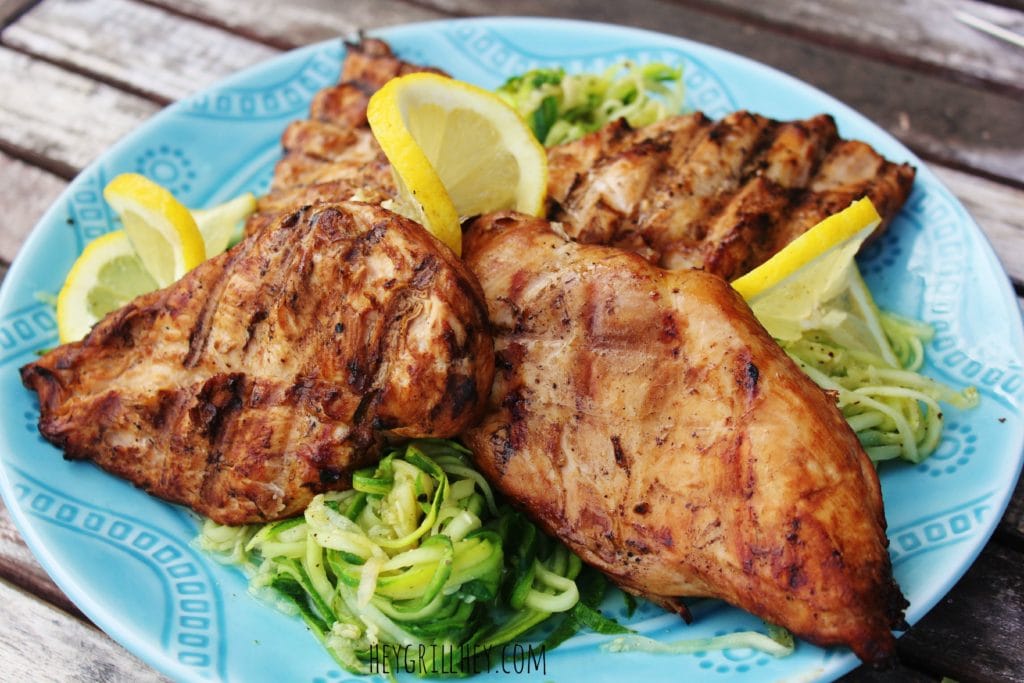 The resulting chicken was not only lighter in calories, but way more flavorful than the original! The simple sweetness from the coconut oil and the bright lemon flavor worked so well together! I served the sliced chicken breasts with blanched and salted zucchini noodles and it made for the perfect, light summer dinner. I hope you love it!

PS, this post was sponsored by Cascade Ice. The recipe and opinions are entirely my own. Stay tuned because tomorrow (after I cook this on Good Things Utah) I am posting a giveaway from Cascade Ice for 2 people to win a 24 pack of Cascade Ice!

If you want to see the live demo for this recipe, just click the link below to head to Good Things Utah and watch the clip! 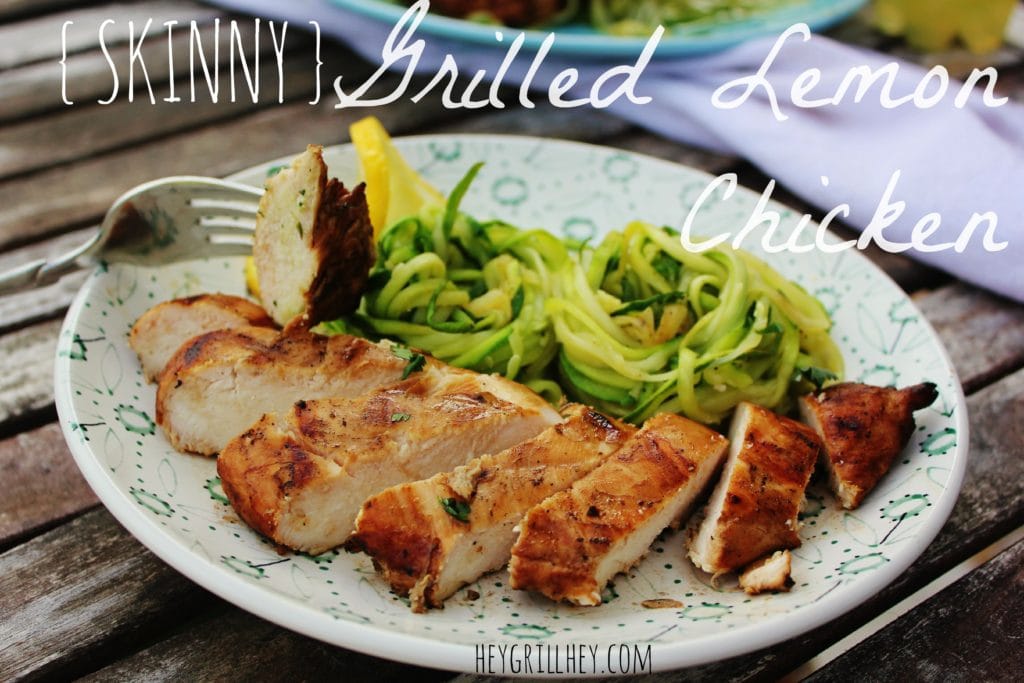 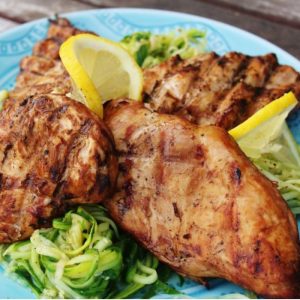