This no-bake pumpkin cheesecake might be the only way I ever want to indulge in pumpkin forevermore! The combo of sweet, creamy pumpkin filling, crunchy chocolate cookies, and fluffy whipped cream was a match made in heaven. 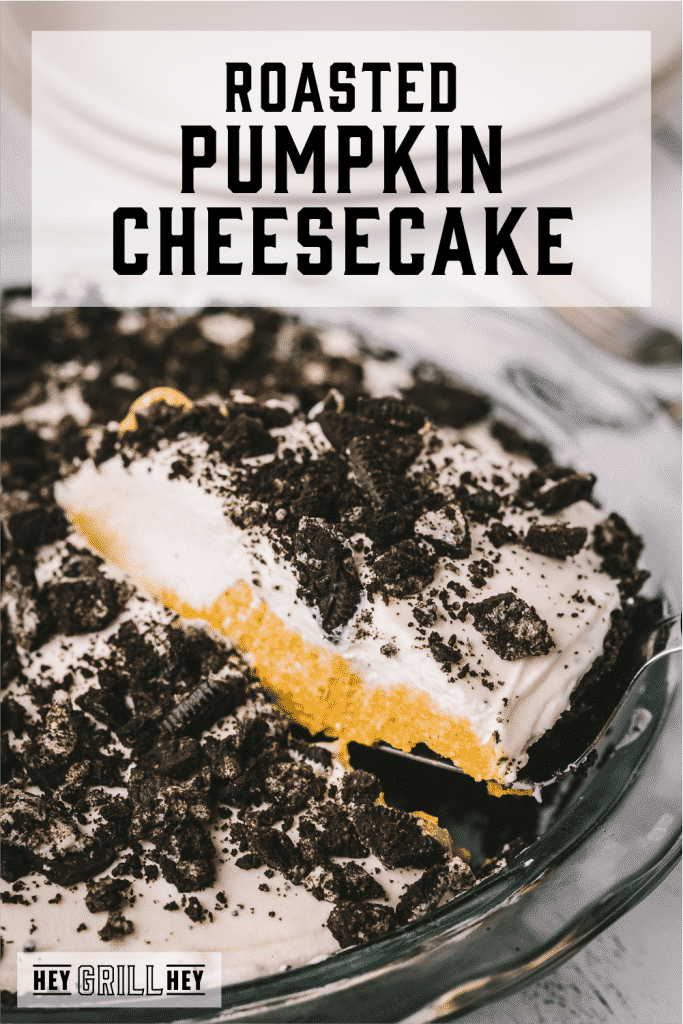 My family is pretty huge on desserts, and admittedly, I am pretty inexperienced with them. I spend more time thinking about grilling meats than treats. 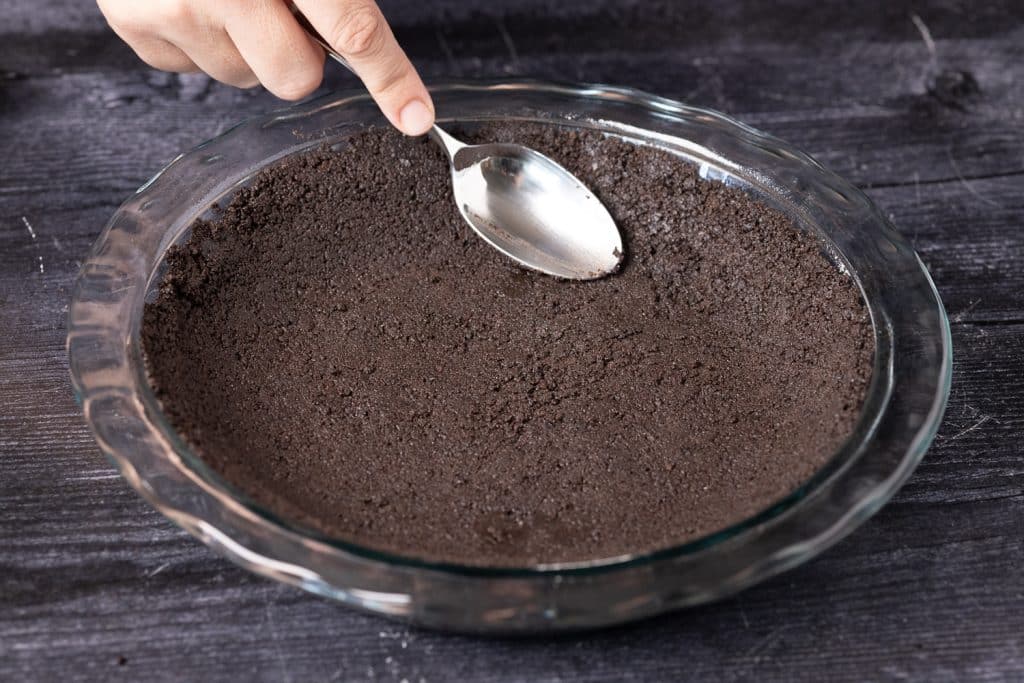 When I decided I wanted to jump on the pumpkin bandwagon and make a dessert, my family was understandably skeptical. HOWEVER, this no-bake pumpkin cheesecake is absolutely foolproof and totally delicious. I got thumbs up from everybody except my 5-year-old who couldn’t be bothered to stop inhaling it long enough to give me a review, so I’m counting it as a win!

This pumpkin cheesecake comes together in a matter of minutes, so it’s great for those Thanksgiving when you don’t want to spend a ton of time of the desserts, or anytime you need dessert in a pinch. 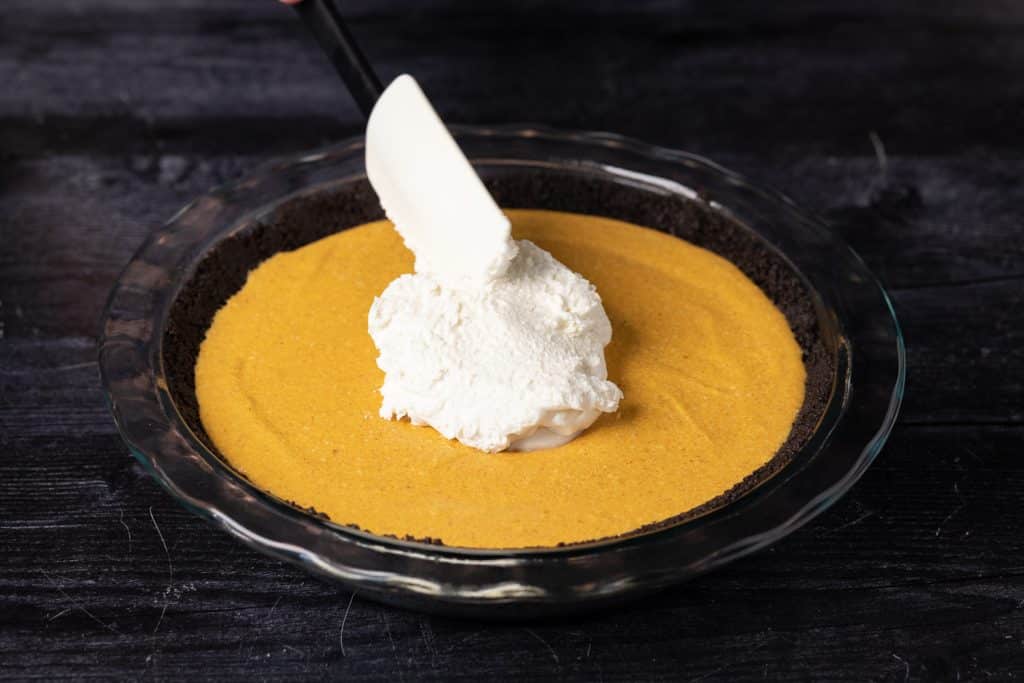 How to Make Pumpkin Cheesecake

This recipe is as adaptable as you want it to be, and that is one of my favorite parts! I use my homemade grill-roasted pumpkin puree (and honest to goodness it makes SUCH a difference using homemade puree), but if you want to use canned that is totally cool too! I also made stabilized whipped cream (using THIS RECIPE from my friends at Our Best Bites), but if you want to skip that step you can use CoolWhip.

The same goes with the crust! I made my own, but you can buy pre-made Oreo crusts at the store. Basically, if you are making this from scratch by roasting the pumpkin the whole thing can take a day. If you are choosing easy, it can take 5 minutes. *insert cry-laughing emoji right here*. Just know, I am including the instructions for the more effort version just so you have those options. If you want to swap anything out, just skip the extra steps and save yourself some time! 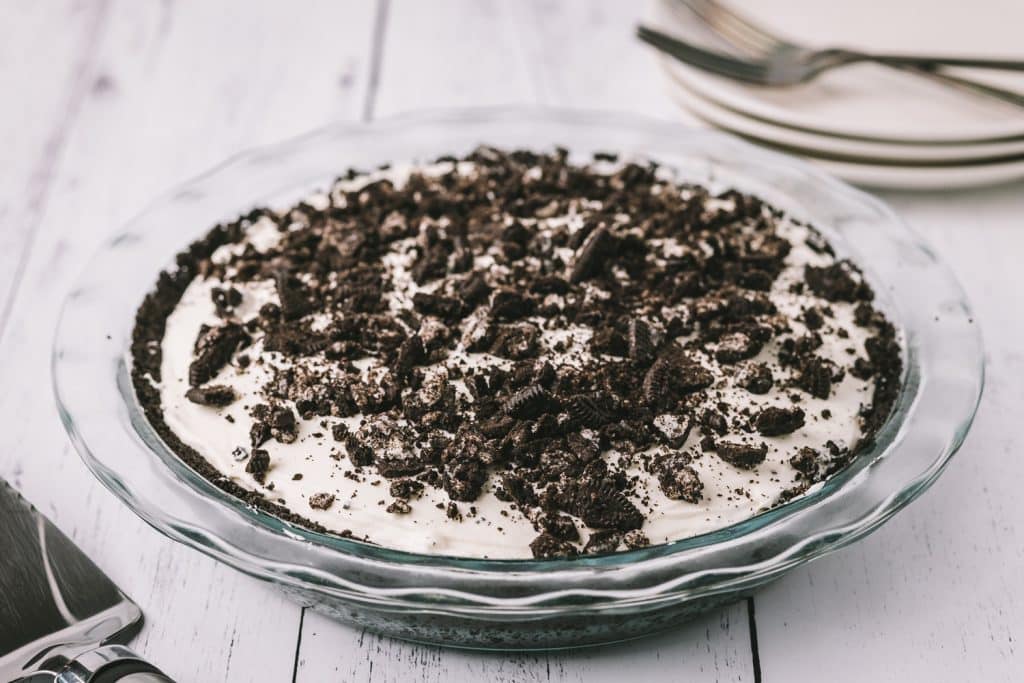 It’s hard not to love the sweet stuff, especially around the holidays! Try out these other tasty desserts from Hey Grill Hey!

Hey there! We’ve been making some improvements around here! This post was originally published in October 2016. We recently updated it with more information and helpful tips. The recipe remains the same. 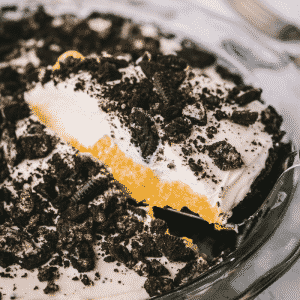 Susie Bulloch
This no-bake pumpkin cheesecake might be the only way I ever want to indulge in pumpkin forevermore! The combo of sweet, creamy pumpkin filling, crunchy chocolate cookies, and fluffy whipped cream was a match made in heaven.
Prep Time : 15 mins
Chill Time : 2 hrs
Total Time : 2 hrs 15 mins
Servings : 8 people
Calories : 635kcal
Print Recipe Save to Pinterest