Porterhouse Steak on the Grill

There is nothing quite as jaw-dropping as a massive, perfectly grilled porterhouse steak. Using simple techniques and great seasoning, you can grill a tender and delicious porterhouse steak at home. 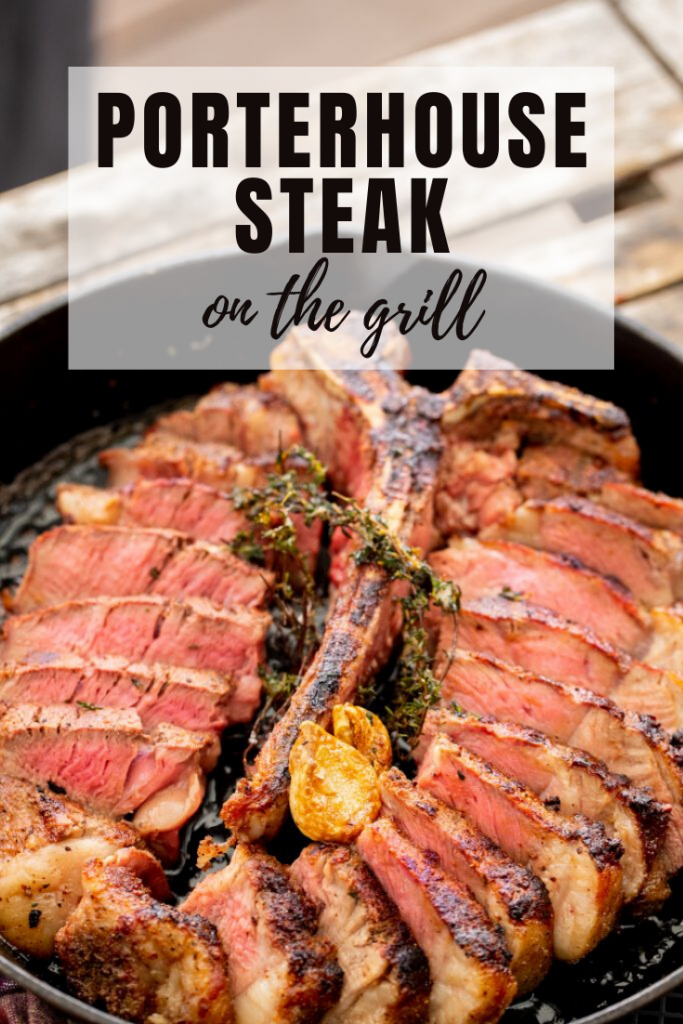 What is a Porterhouse Steak? 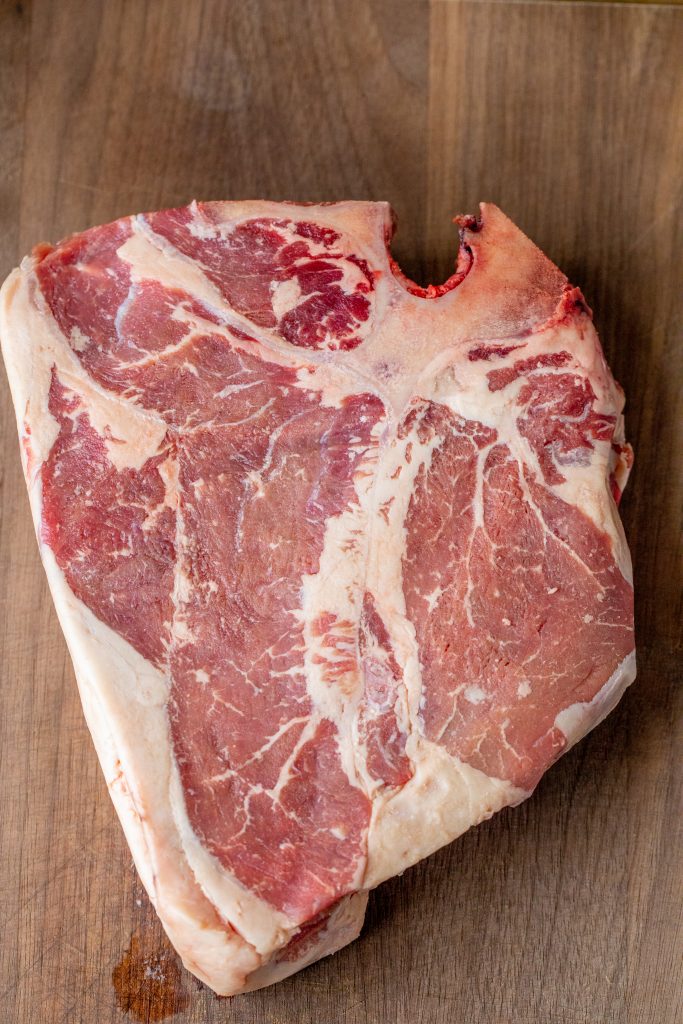 Both porterhouse and T-bones are cut from the short loin, both contain the same two cuts of meat (the New York strip and the tenderloin), so it begs the question… What is the difference between a porterhouse and a T-bone?

For a T-bone to qualify as a porterhouse, the USDA states that the filet is required to be at least 1.25 inches thick. This measurement is taken from the bone to the widest point on the filet. The T-bone comes from the front portion of the short loin where the tenderloin tapers off, so the filet portion on T-bones are often very small. The Porterhouse steak is cut from the rear of the short loin where the tenderloin is the thickest. On a Porterhouse, you’ll see a sizeable portion of filet. 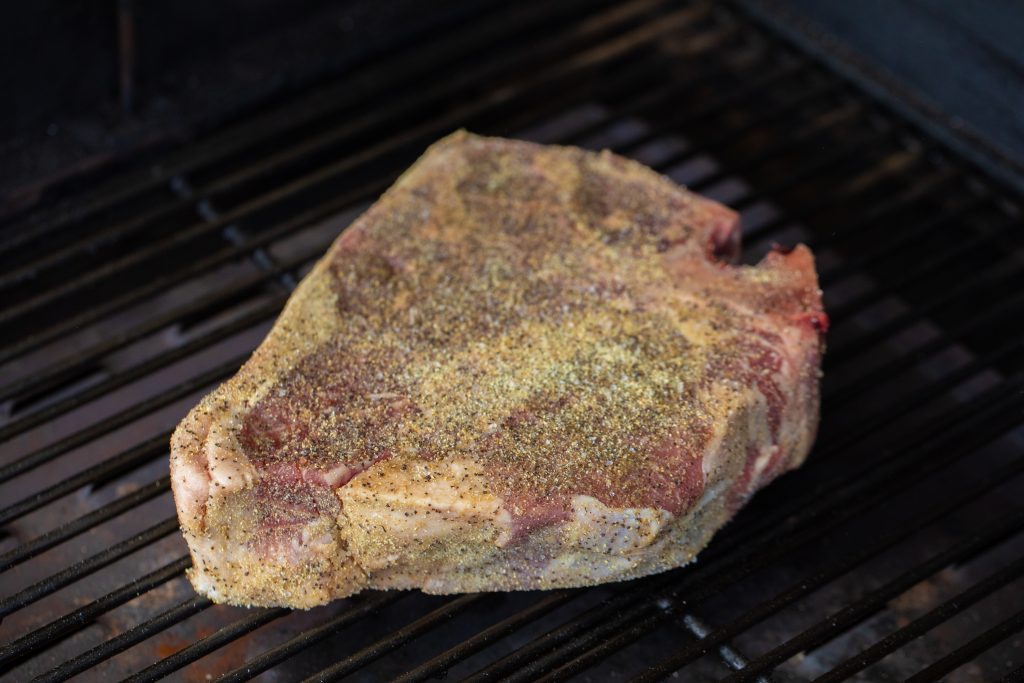 What is Reverse Searing?

With a thick cut of steak, like a porterhouse, my preferred method of grilling is using a technique called reverse searing. This process involves grilling the steak at a lower temperature over indirect heat and searing at the end over high heat. Reverse searing works exceptionally well with thick cuts because it allows the temperature of the steak to rise slowly. As a result, your steak will have the perfect doneness edge to edge instead of having steak that is charred on the outside and under-cooked in the middle.

How to Cook/Grill a Porterhouse Steak

The following is a guide to help you prepare for the grilling process. Full instructions will be in the recipe card below.

Here’s how to do it: 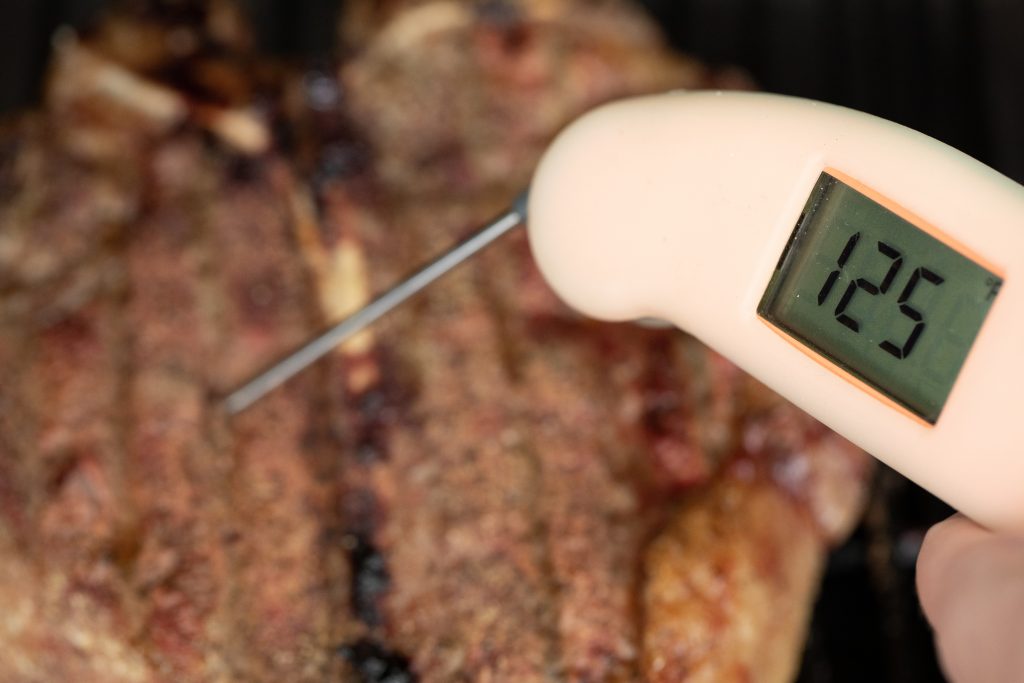 How Long to Grill Porterhouse Steak

Of course, the total cook time for your steaks will depend on your desired steak doneness. A rare steak will require less time on the grill and a well done steak will take quite a bit longer. I always recommend using a high quality meat thermometer when it comes to grilling steaks. With an instant read thermometer, you don’t have to guess at the interior temperature of thick steaks.

For a simple guide on steak temperatures and doneness, check out my Steak Temperature Guide post. It will really help ensure you end up with the steak doneness that you prefer when cooking steaks. I also have a downloadable meat temperature guide that you can print out and have handy in your kitchen. Just enter your email in the box below and I’ll email it to you.

How to Cook Porterhouse Steak in the Oven

The process for this recipe is simple to replicate in the oven with a few small modifications. 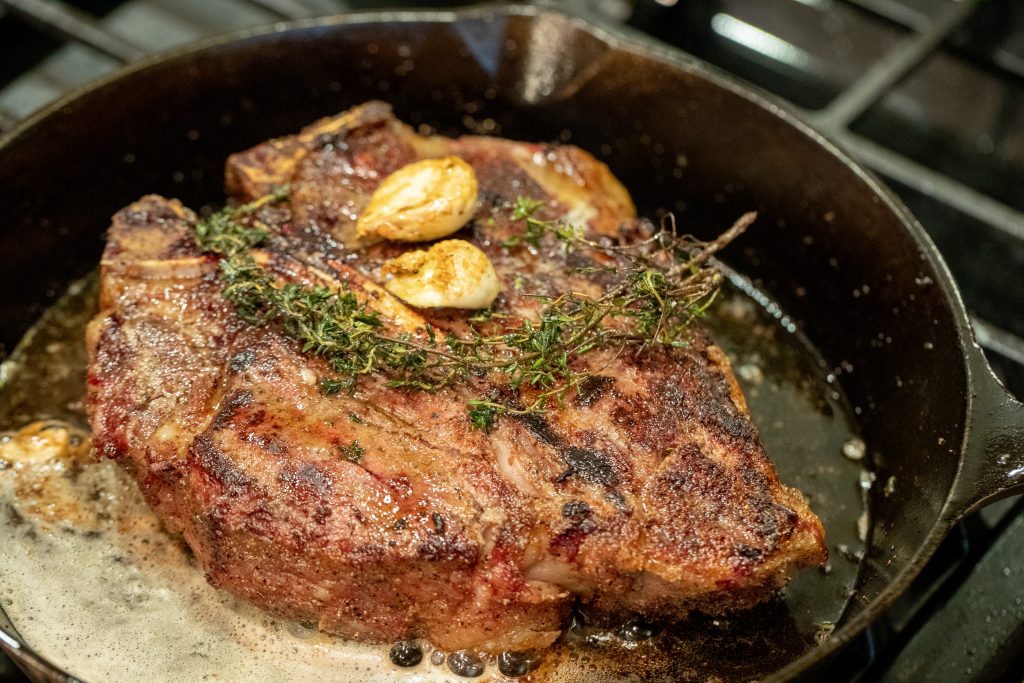 If you’re a steak lover, you won’t want to miss out on some of these other steak recipes I’ve got on the site! 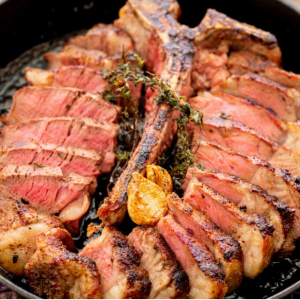 Porterhouse Steak on the Grill