Flap steak is an excellent and affordable way to enjoy steak. Even though it’s not as highly valued as other cuts of beef, it’s still completely delicious and tastes amazing served alongside fresh chimichurri. You’ve gotta give this meat a try! 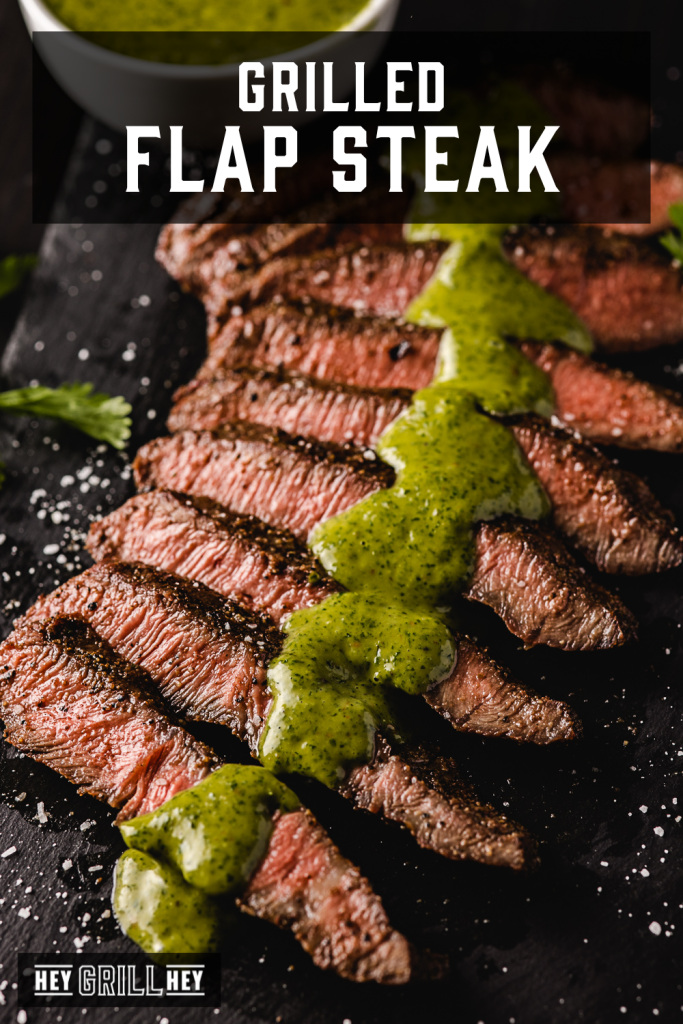 What is Flap Steak?

Flap steak is a 1-inch thick steak cut from the bottom sirloin of a cow. The meat will either be available as the whole muscle that is 12-14 inches long, or it will be cut into individual 4-6 inch steaks.

The flap meat steak is cut from the sirloin, so it will not have the same melt-in-your-mouth texture as a rib eye or a tenderloin. Despite this, it’s packed with awesome beef flavor. And when it’s cooked right and cut appropriately, it’s incredibly delicious and extremely tender.

One of the perks of this cut of meat is it’s not a highly requested cut at the butcher counter, so it is often rather affordable. Even though it’s not as prized as other steaks, it is still an awesome steak for a family dinner. You can feed your entire family steak without breaking the bank!

You can usually find beef flap meat in the grocery store labeled as “flap steak” or “sirloin flap steak.” Both names refer to the same cut of meat, and you can feel confident you’re getting the same thing no matter its name. 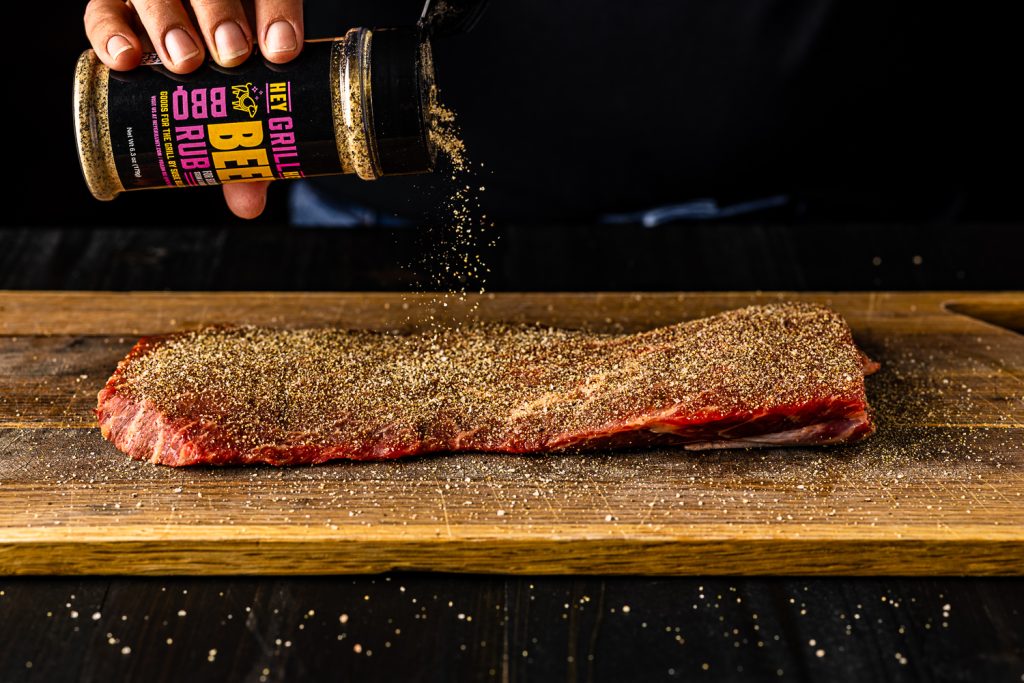 Oftentimes, people disregard cuts from the sirloin because they are not the most marbled or tender, and the flap meat steak is one of these. I personally believe that we should consume all cuts from the entire animal. (Waste not, want not, right?) Purchasing and consuming flap steaks is a great way for you to jump into a lesser-known cut of beef.

Unlike many other popular steaks, flap steak is not as tender as many other cuts, but that’s okay! It’s okay to have to chew your food. Many people just want the steak to be so tender, you don’t have to do much but move it in your mouth and let it fall apart. While the flap meat is not shoe leather texture, as long as you are cooking and cutting it correctly, it will be tender enough to enjoy.

Flap steak tastes great when cooked on the grill. Allowing it to cook for 4-6 minutes per side (about 8-12 minutes total) over high heat on the grill ensures that the steak cooks well to help it stay as tender as possible and maintain plenty of juice. I also like to top it with a super simple chimichurri to add an additional punch of flavor and add more moisture to the beef. 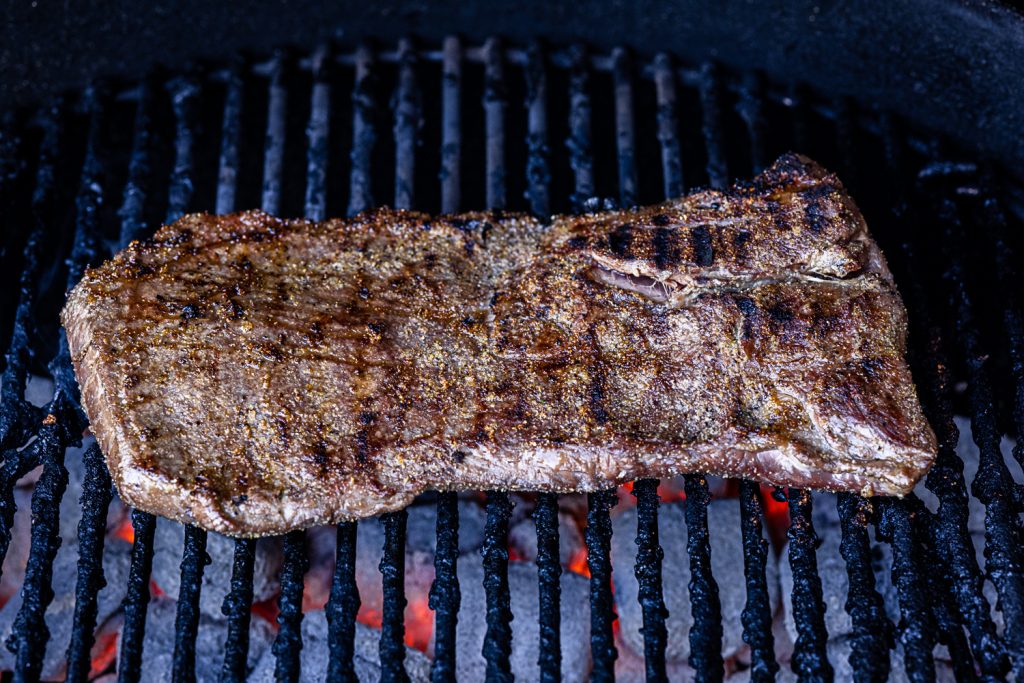 How to Cook Flap Steak

Flap meat steak cooks quickly and easily. It only takes a few steps to get your steak cooked to delicious perfection. Here’s how to cook the best flap steak ever. 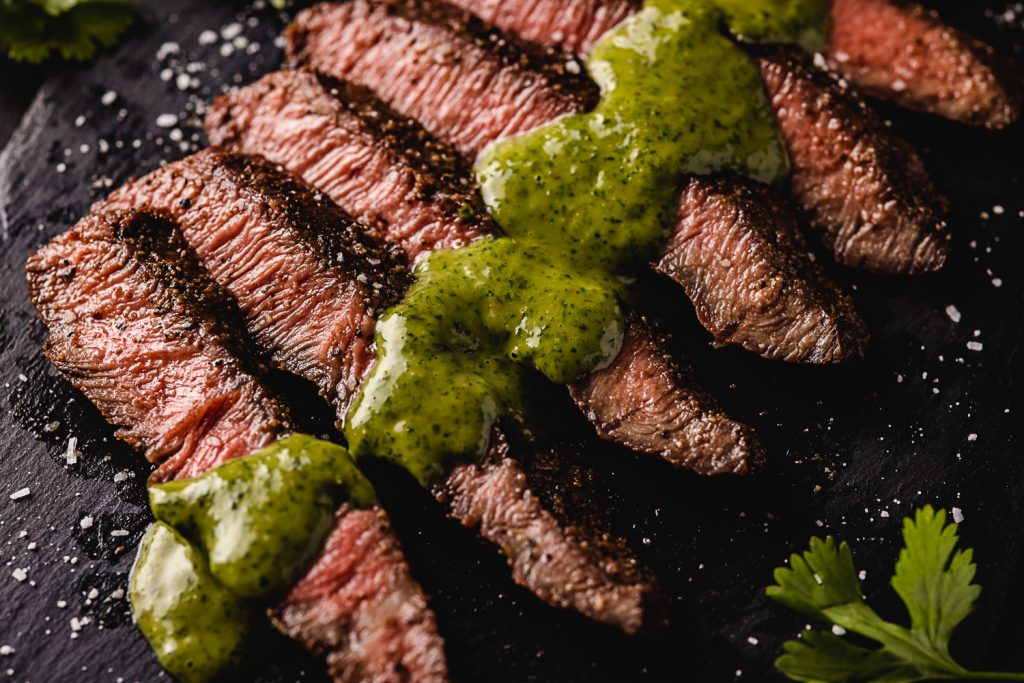 Now that you’ve ventured into the adventurous world of unique cuts of beef, try out these other grilled steak recipes. For even more beef inspiration, head over to our Home Page and browse all our beef recipes.

Follow the recipe below and let’s make something delicious! I’m all about helping you make better BBQ, feed the people you love, and become a BBQ hero. If you want to see more of my recipes, tips, and behind-the-scenes action, follow along on my social channels. You can find me on Instagram, Facebook, and YouTube!

This post was originally published in September 2019. We recently updated it with more information and helpful tips. The recipe remains the same. 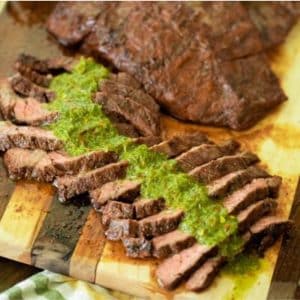 Susie Bulloch (heygrillhey.com)
Flap steak is an awesome and affordable way to enjoy steak. Even though it's not as highly valued as other cuts of beef, it's still completely delicious and tastes amazing served alongside fresh chimichurri. You've gotta give this meat a try!
5 from 6 votes
Prep Time : 10 mins
Cook Time : 12 mins
Total Time : 22 mins
Servings : 6 people
Calories : 169kcal
Print Recipe Save to Pinterest