This beer can chicken is cooked upright over a ceramic roasted and topped with creamy beer cheese for a whole chicken experience unlike any other. 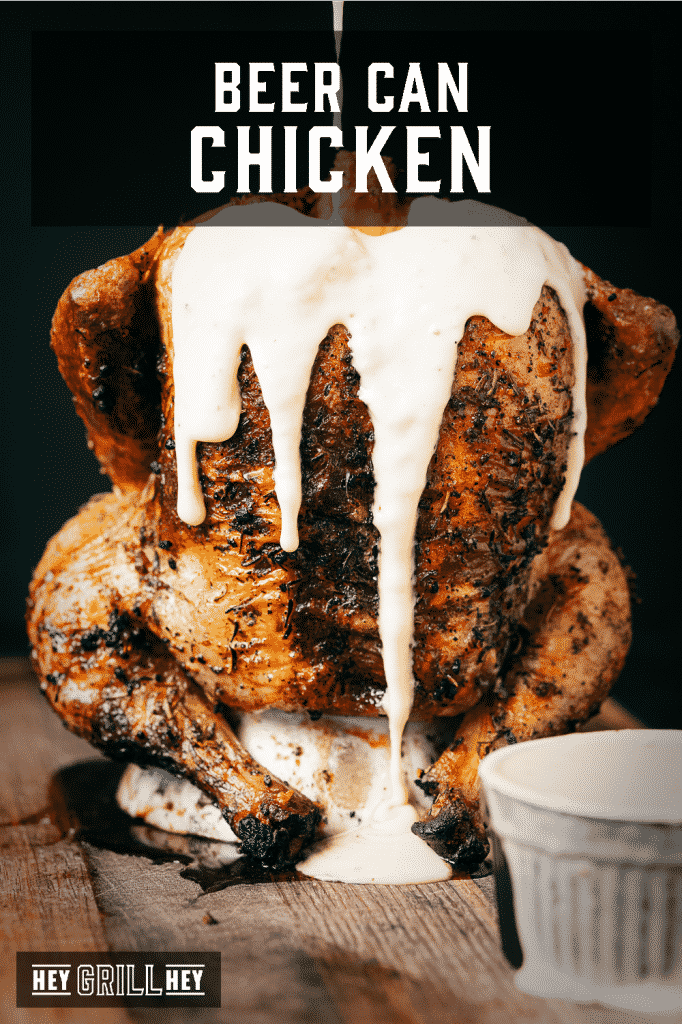 What is Beer Can Chicken?

Let’s take a moment to talk a bit about beer can chicken, shall we? If you’ve never experienced this before, you’re in for some fun. Also known as beer butt chicken or chicken on a throne, beer can chicken is a method of cooking a whole chicken over a can of beer on the grill.

Now, the science of this whole ordeal is debatable (there’s little evidence to support that the beer evaporates well enough to impart flavor to the meat), but the process is still fun nonetheless.

For this recipe, we’re skipping the beer can and keeping the same process with a ceramic roaster instead. This results in a tasty chicken that is just as fun to cook as it is to eat. 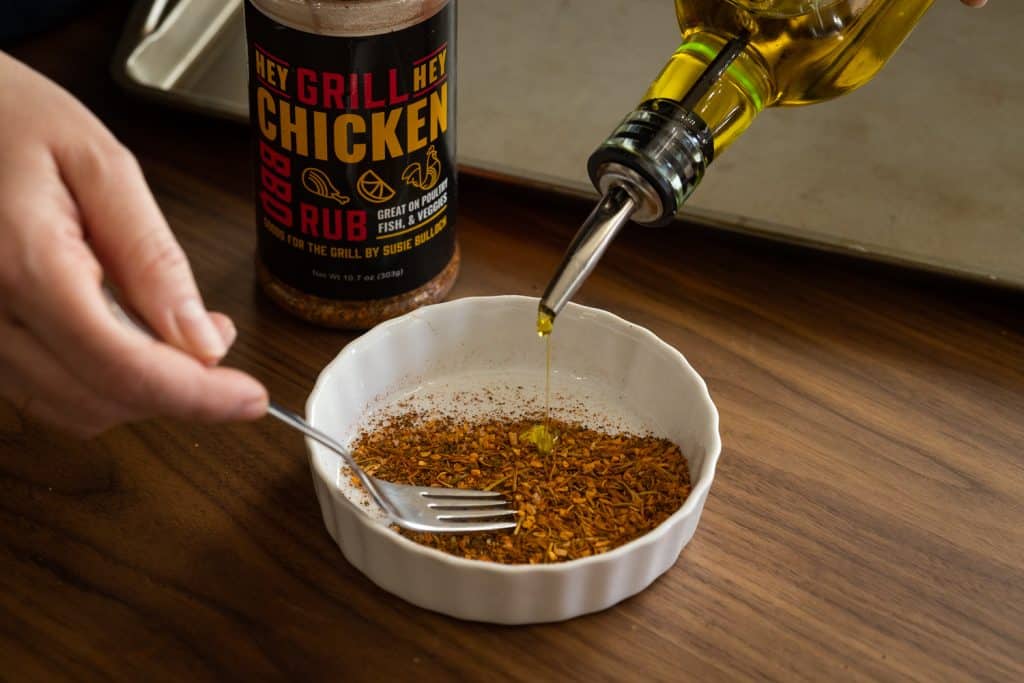 This beer can chicken is covered in a chicken seasoning and oil rub prior to cooking it on the grill. It’s an easy mixture that will give the meat some good flavor while it cooks. Here’s what you need to make this rub.

Combine the ingredients together to make a sort of paste to coat the outside of the chicken prior to cooking it on the grill.

What Beer is Best for Beer Can Chicken?

This is usually a matter of personal preference. This recipe uses Bud Light as a simple, all-American beer of choice. You can honestly use whatever beer you prefer for this chicken, though I do recommend using something that isn’t too hoppy, too bitter, or too sweet.

If you are feeling adventurous, you’re welcome to play around with the beer you use for your beer can chicken. Though, when in doubt go with a lager for the best results. 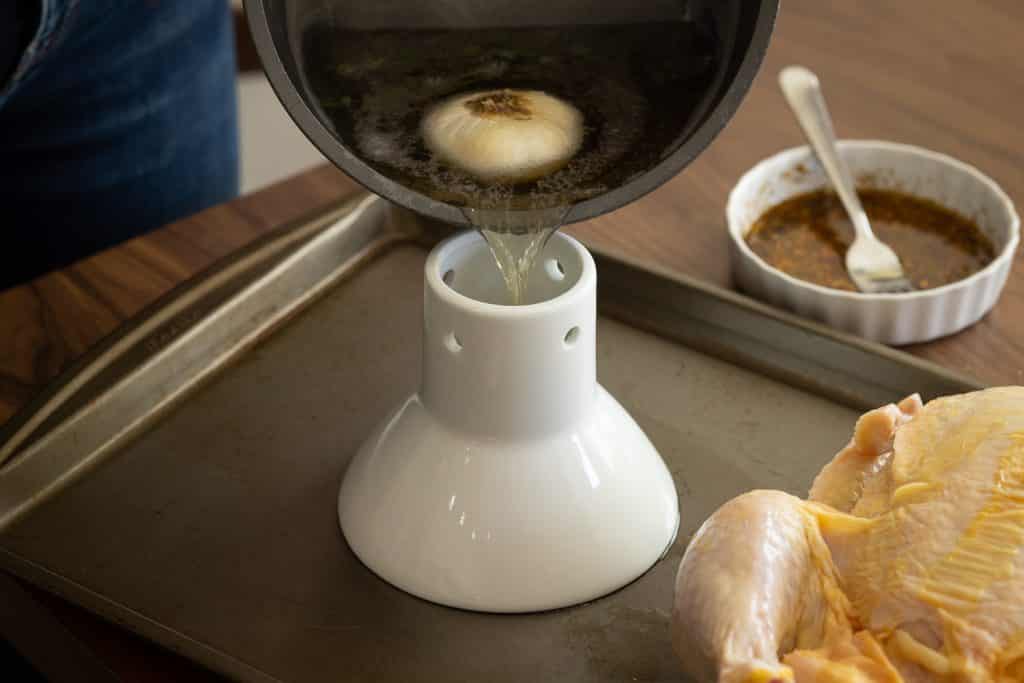 How to Make Beer Can Chicken

Here’s how to do it: 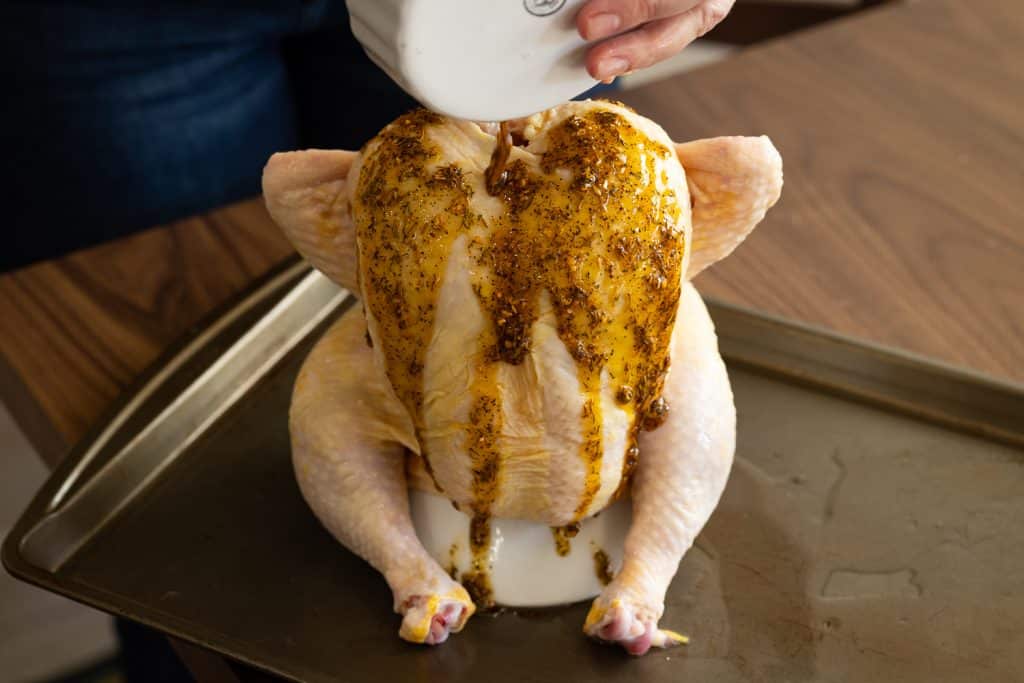 How Long to Cook Beer Can Chicken

Once on the grill, this chicken takes approximately 45 minutes to 1 hour to fully cook the chicken.

Keep in mind that this cooking time will vary greatly depending on how large your chicken is. I cooked around a 6-pound bird and it took me around 45 minutes with my grill running nice and consistent to fully cook the meat. 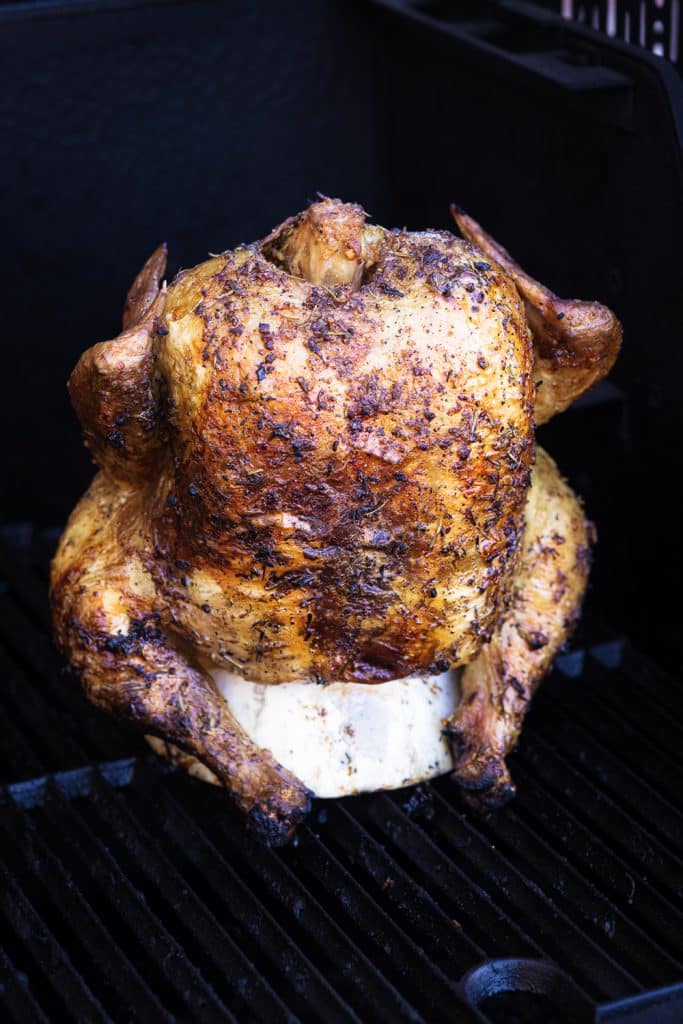 Notes for Making Beer Can Chicken

Before you read through the recipe, take a look at these last few notes on this recipe. 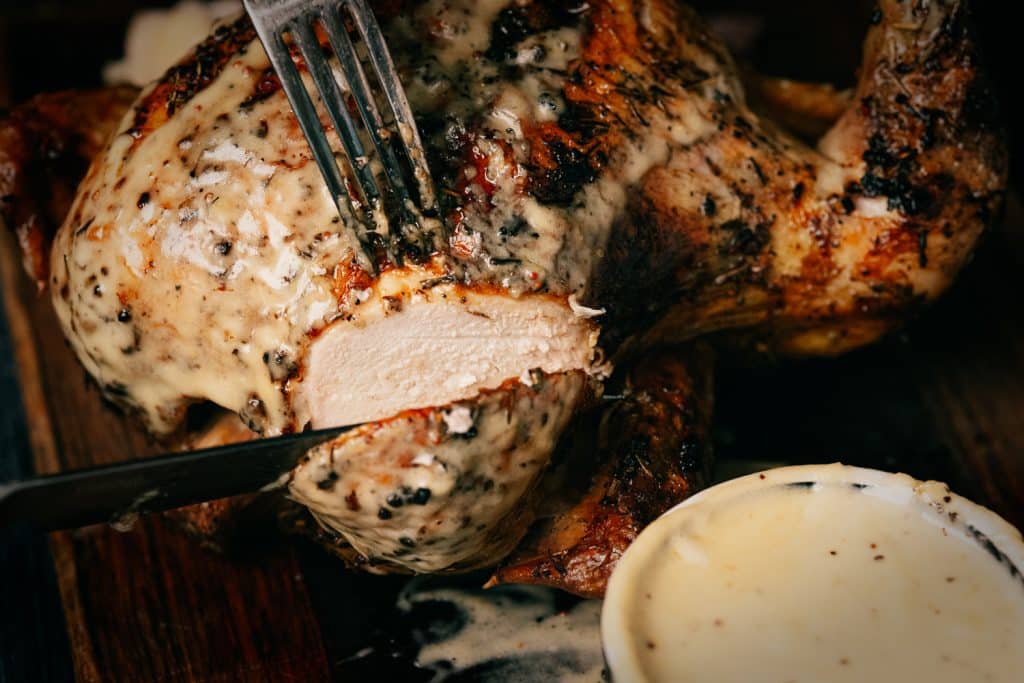 I’m a big fan of cooking whole chickens on the grill or smoker. They tend to be affordable meals that feed my whole family (and I can cook them in advance as well!). Check out these other whole chicken recipes from Hey Grill Hey.

Time to pop open that beer and get to cooking, friends. If you’re looking for more BBQ inspiration, make sure and find me on social media. Simply search for @heygrillhey to join in on all our BBQ conversations. I can’t wait to see you there! 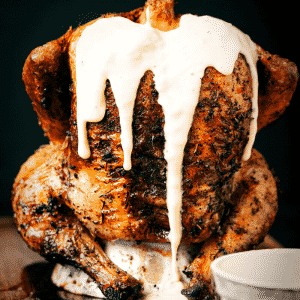 Taylor Shulman
This beer can chicken is cooked over a chicken roasted and topped with creamy beer cheese for a whole chicken experience unlike any other.
Prep Time : 15 mins
Cook Time : 1 hr
Total Time : 1 hr 15 mins
Servings : 4 people
Calories : 942kcal
Print Recipe Save to Pinterest